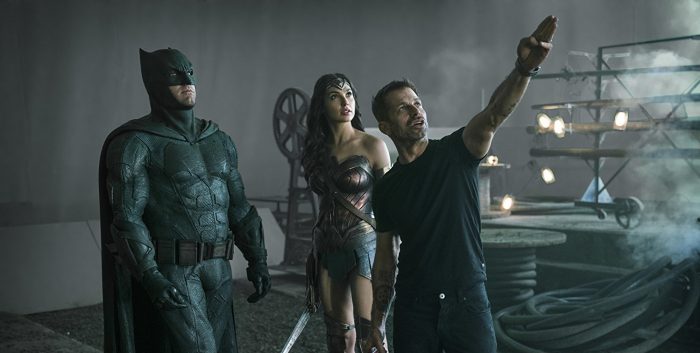 I don’t want to take up too much of your time today, as I’m sure your mind is made up on this issue by now. But there’s a subplot in the “Release The Snyder Cut of Justice League” movement that startlingly few people seem to be talking about. And that’s that, if you follow the production timeline, you’ll learn that Zack Snyder was never fully given the chance to shoot his version of the movie.

Allow me to explain.

Justice League entered production in April of 2016, mere weeks after the arrival of Batman v Superman: Dawn of Justice. By that point, things were already getting tweaked. In fact, in the weeks and months leading up to the start of principal photography, it’s common knowledge that the studio was busy hijacking Snyder’s vision. The most obvious example was the half hour they chopped off of the running time for BvS– which paved the way for vastly superior The Ultimate Edition. But there were also smaller, subtler things.

For example: It was revealed in June of 2016, that Justice League would no longer be a two-parter. That right there indicates the script had to have been tweaked, because a “Part 1” is very different than a complete story.

And, by then, stories were already sprouting up everywhere that the studio had its hands all over David Ayer’s Suicide Squad.

In short, by the time the film had begun filming, it already bore little resemblance to Snyder and Chris Terrio’s original plans. And then, in July and August, it’s been reported by several hard news outlets like the Wall Street Journal and Forbes that Geoff Johns had rewritten a bunch of the script. Snyder, ever the team player, worked off of that retooled script through all of 2016.

Then, in 2017, he showed his early cut of the film, i.e. The Snyder Cut, to the studio. That version of the film certainly looked like a Zack Snyder film, and there was plenty of footage there to use for trailers and promotional stills. But the studio wasn’t pleased enough with the patchwork of Snyder, Terrio, and Johns’ creative visions in terms of the story and tone, which is why they would go on to bring in Joss Whedon to oversee an even larger overhaul.

But that, right there, is what people need to understand. The film Snyder shot from April to October of 2016 was already not the film he’d originally intended. It had undergone last second rewrites leading up to principal photography in the spring, and even more rewrites during the summer when Johns took on an expanded role at DC Entertainment. Therefore, Snyder was never given the opportunity to shoot the pure, unadulterated version of Justice League he had planned when the film was first announced; The version by him and Terrio.

This means that even the vaunted Snyder Cut isn’t a “true” Snyder Cut. It’s really, “Snyder’s Attempt To Make A Coherent Story Out of A Hijacked Script Thanks To A Gutless Studio Meddling On-The-Fly.” So when you campaign for its eventual release, please know that that is your best case scenario- a Snyder/Terrio/Johns mash-up with zero Whedon intervention, because the original Snyder/Terrio version of Justice League was never even given a chance.

Please keep this in mind, because it’s the sad truth.

At this point, the only way anyone can believe in the existence of a true Snyder Cut is if they convince themselves that the film was not reworked in the weeks and months leading up to principal photography and that Snyder was somehow able to shoot every scene he’d hoped for before Johns was brought on in July/August. Otherwise, what you’re really fighting for is the release of the cut he showed in early 2017, which already had Johns’ fingerprints all over it.

Previous post SOF Original: ‘Why We Need Superman Now More Than Ever’