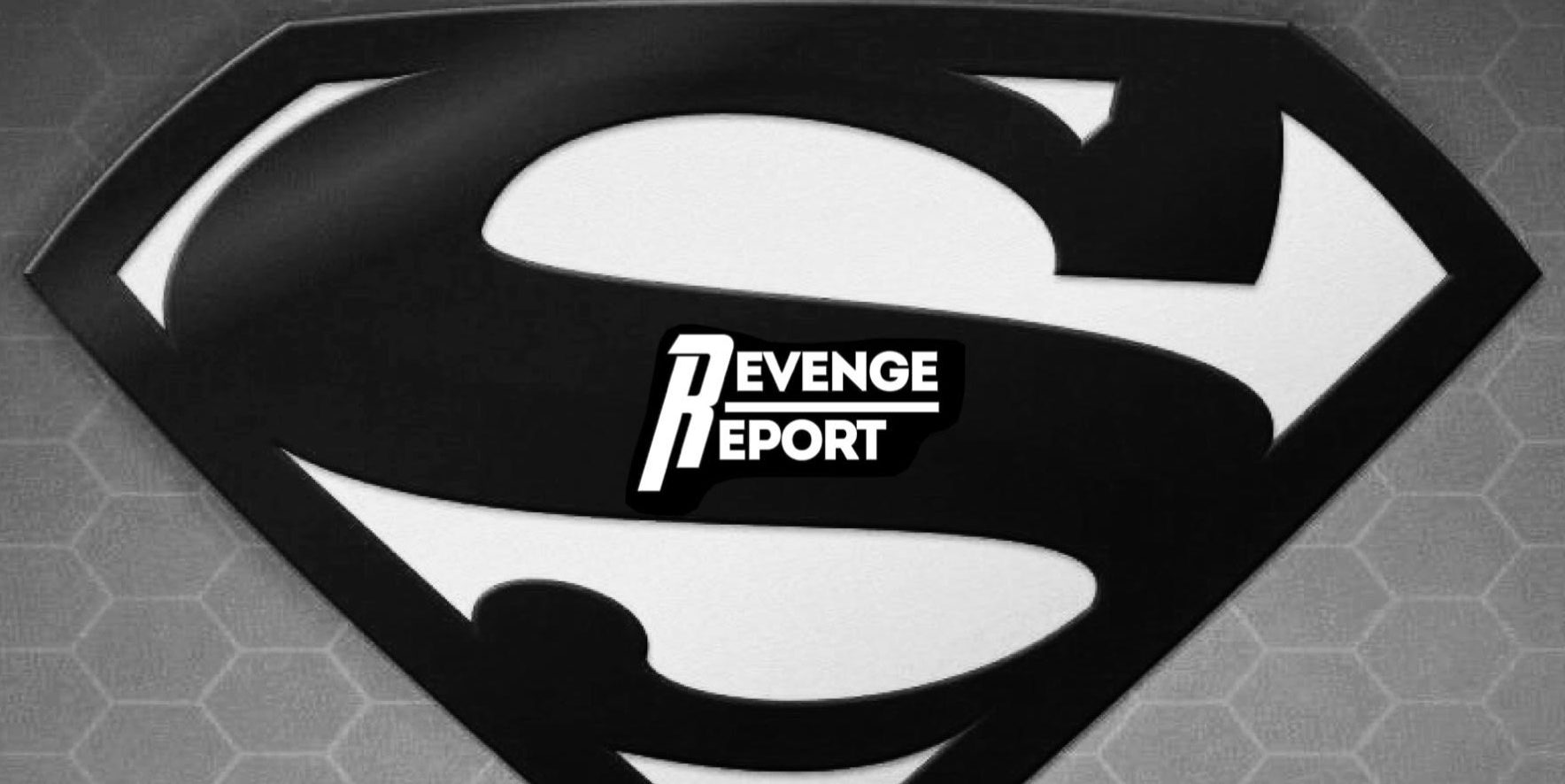 Something I’ve been talking about on the El Fanboy Podcast since last November, and that I’ve written about a couple of times here on Revenge of The Fans, is that Warner Bros. is very high on Henry Cavill as Superman. In fact, they were so pleased with his portrayal in the theatrical cut of Justice League and the way test audiences took to him, that they were preparing to fast-track a Superman sequel had JL been a runaway hit.

But, alas, that didn’t happen.

Thankfully, the studio knows that the blame for how Justice League went down had zero to do with Cavill or Superman, so while they may have cooled their jets with regard to announcing something official about a sequel (which would’ve happened in January had things gone well), Warner Bros. still very much wants to be in the Cavill/Superman business. I’ve reported before that the studio wants him to make his presence felt in their upcoming Shazam! movie, and- if a recent rumor is to be believed- that would just be the start of his expanded role within the DCU.

According to Collider, the studio is so enamored with Cavill’s Superman that- aside from sequels- they want him to sign a deal that would include various appearances across several DC film projects. As has been noted in the past, Cavill only has one film left on his contact, and I’ve explained on my podcast how the negotiations have been somewhat complicated. If Collider’s sources are to be trusted, this could explain exactly what the hold-up is.

In recent months, while trying to make sense of what the two sides want, I’ve speculated that it could be something as simple as money- With Cavill wanting a hefty raise to stay on and the studio wanting to see how his sequel does before ponying up the cash. But it now sounds like it could have more to do with the number of appearances the studio wants.

“The rumor I heard was they wanted to make Superman the glue that ties all the DC movies together, which would feature the iconic character making small, but memorable, appearances in all the movies sort of like the way Samuel L. Jackson’s Nick Fury pops up in most of the Marvel movies.”

It’s an interesting concept, and I must admit that I’m onboard if it’s the case. Since the studio is keen to keep the shared universe concept going, and Superman is the kind of character who can pop up anywhere at any time, it makes sense to embrace his role in the universe.

Thankfully, it sounds like Cavill is quite open to that idea, as he recently gushed to the same fellow who wrote that rumor that he has a lot of unfinished business he’d like to tend to as the Last Son of Krypton:

“I’m having a lot of conversations, behind-the-scenes, with certain people and we will hopefully be having conversations with other people who are also behind-the-scenes to make things start happening. It is very much in my desire to do a Man of Steel 2, a direct sequel to Man of Steel, and there is a whole bunch of Superman story that I want to tell. There is a whole style of Superman’s character that I’m very keen to tell and I’m looking forward to the opportunity.”

This comes mere weeks after his manager, Dany Garcia posted this picture with Cavill on her twitter:

Who is this man?
What are we saying? What are we planning?
Oh, it’s goood… You’ll thank me later. 😉@GarciaCompanies pic.twitter.com/NqQN3O0lY8

And it’s also a week after Cavill posted this on his Instagram:

Just wrapped up a very successful trip to the city of Angels! An enormous thank you to my fantastic teams at WME, The Garcia Companies, Viewpoint and GTRB, I couldn’t ask for better people to help my story telling dreams become a reality…..watch this space folks. This post would not be complete however, without a special thank you to Dany Garcia, without whom, my dreams would be far harder to realise. For all those out there working on building a career, a strong and reliable team around you is, in my opinion, essential. Hard to find true quality but absolutely worth the effort @DanyGarciaCo @GarciaCompanies @Viewpoint.pr #WME

While Cavill and Garcia are definitely talking about much more than just Superman, it’s very clear that they’re currently getting all of their ducks in a row to launch the actor’s future into the stratosphere. And how better to soar to such heights than by securing a profitable and satisfying future as the Man of Steel?

And what about this business with Christopher McQuarrie?

The director’s name has been popping up a lot lately. First there was the rumor of the studio’s interest in him for Green Lantern Corps, then there was the interest expressed by him (to one of our readers!) to discuss directing a Superman movie. And now the director is continuing to stoke those flames and is doubling down on being willing to talk it over with the studio. While chatting with ComicBook.com, the director revealed that he and Cavill discussed Superman while filming Mission: Impossible- Fallout together:

“We had a lot of time hanging out on set, and Henry’s a huge fan of Superman. I can’t help but talk story to people, so he told me his take on Superman and I thought it was really great, and I gave him my two cents. The tweet you’re referring to is somebody asked ‘Would you do it?’ and I said ‘Hey, they know where to find me.’ Nobody’s asked, but you know…”

So there he is, once again basically challenging WB to pick up the phone and call him about this. As a fan, you’re probably wondering what the hold-up is. If I had to guess, it all comes down to their negotiations with Cavill, because there’s no sense in hiring a director to help relaunch a marquee character if the guy who plays him hasn’t signed a new deal yet.

Last month, after hearing that Matthew Vaughn was still being whispered about in the WB offices, I incorrectly assumed that meant that the Cavill discussions were finalized. Clearly, they’re not. So until Cavill’s camp and the WB brass iron out his deal, I wouldn’t expect any news on a director.

While that may frustrate you, because it’s been nearly five years since Man of Steel and we all just want to see him get a proper sequel already, here’s the good news:

Something I said on recent El Fanboy that I’d like to include here is that things are definitely more put-together behind-the-scenes than Cavill’s public comments imply. How do I know this? Because a few WB employees have laid eyes on visual designs for updates to Superman’s suit- and designers wouldn’t be working on that if there weren’t already a Superman appearance set to occur. My gut tells me they’re for his Shazam! cameo, but who knows?

As for what these updates are? It seems like they’re just weighing different options. There’s a variation that looks a little less alien, which does away with the metallic under-suit. There’s also one that places more emphasis on the belt area, and looks more like the Rebirth suit.

So they’re weighing their options over there, and figuring out exactly how they want the Man of Steel to look in future appearances. There’s no telling which way they’re going to go, but it’s refreshing to know that there’s all this actual behind-the-scenes chatter going on right now about the King of Superheroes.

As a diehard Superman fanatic, I simply cannot wait for this gestation period to end and for the studio to come out with guns blazing with a huge announcement about the character’s cinematic future.

But okay, that’s enough out of me. I’ve got to run and record today’s El Fanboy. Thanks for reading!

18 thoughts on “REVENGE REPORT: Cavill Wants To Tell A ‘Whole Bunch’ of Superman Stories, The Latest Contract Rumors, and McQuarrie?”

Next post Following A Record-Breaking Thursday, AVENGERS: INFINITY WAR Is Set To Rule The Box Office