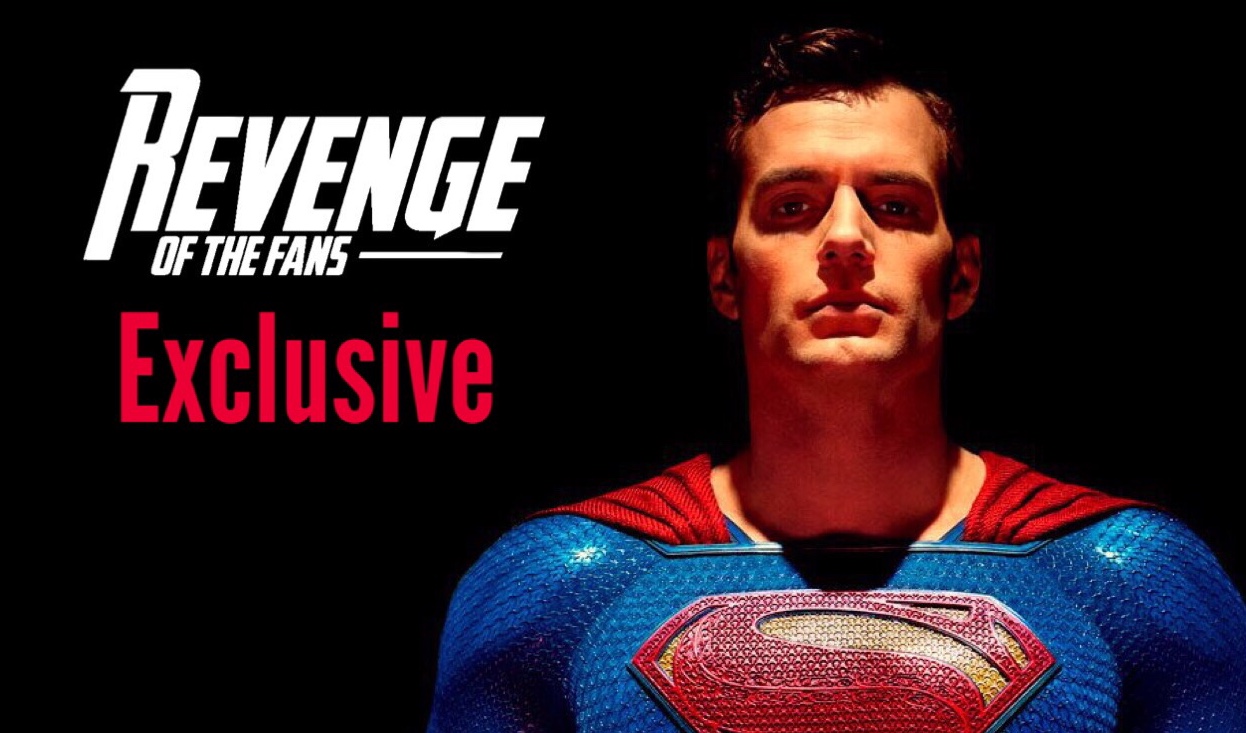 If you’ve been following my El Fanboy Podcast for the last couple of months, and if you read the second part last week’s big Revenge Report, you’ll know there’s been a bit of a Superman Tug-of-War going on behind the scenes at DC Entertainment.

First, there was a ton of renewed momentum for a proper sequel to Zack Snyder’s Man of Steel. It was fueled by the way both the WB/DC brass and test audiences were reacting to the portrayal of Superman in Justice League. That momentum was going to fast-track a proper solo Superman movie; the studio was speaking to directors; and they were hoping to be able to announce it in January. Then Justice League came out, got a very muted response, and that forced them to cool their jets.

At one point in all this, Matthew Vaughn was speaking to them about directing the sequel, and- as Mark Millar told me on the podcast last month– it was all going to come down to the right offer being placed onto the table.

On top of that, there have also been a few cameo ideas tossed around, with different DCU projects jockeying for a Superman appearance.

With regard to a Superman sequel starring Henry Cavill, I’ve got good news and bad news.

The Bad News: I’m now being told that we’re going to have to wait until the summer, possibly at San Diego Comic-Con, for the official reveal- which will include the director and the release date. And, with the way their slate is currently configured, we’re unlikely to see this film before 2020.

That doesn’t mean you’ll have to wait that long to see Henry Cavill don the big red cape.

The following information will spoil something that’s happening in an upcoming DCU movie. Do NOT proceed if you don’t want it spoiled for you!

I can exclusively reveal to you that the next time you’ll get to see Cavill’s Superman on the big screen is April 5, 2019.

Why? Because that’s when Shazam! arrives in theaters.

Yes, folks, I’ve been told by a trusted source that Cavill is set to appear in Shazam! This decision comes after a bunch of internal discussions about where to place him next, since a sequel is still a ways off. Dwayne Johnson is adamant about having Cavill appear in his Black Adam film, but- for the time being- that film, I’m told, is far from getting off the ground because of Johnson’s hectic schedule.

Warner Bros. doesn’t want to wait that long, since they’re still aware that the mainstream response to Superman in Justice League was a favorable one. Even the mostly-negative reviews the film garnered took the time to single out that the portrayal of Superman in the film is one of its saving graces.

So rather than wait for Untitled Superman Sequel or Black Adam, they’ve agreed to have him appear in Shazam! to keep him alive in the minds of the general public. Cavill even lightheartedly teased it back in September.

As for what capacity he’ll appear in the film, which is being directed by David Sandberg, that remains- fittingly for Superman- up in the air.

All I’ve been told, story-wise, is that Superman has had an impact on Asher Angel’s Billy Batson. Batson sees the Man of Steel as an inspirational figure in his life, and that seems to feed into how he conducts himself when he eventually transforms into a cape-wearing, square-jawed superhero himself, in the form of Zachary Levi.

This is my own bit of speculation, but how cool would it be if we find out that Batson was one of the boys who shot that cell phone footage at the start of Justice League? In case you need a reminder, that film opens up with two small boys interviewing Superman at the scene of a rescue. With Batson being a Superman fanboy in Shazam! it would be pretty epic to see that scene play out from a different angle in the film.

But unfortunately, all I can do for the time being is speculate. All I know is, Cavill’s Superman is in Shazam! Will it be a cute cameo like that? Will his presence be felt in a tongue-in-cheek sort of way, similar to Captain America’s appearances in Spider-Man: Homecoming? Or will Superman eventually show up to help Batson out in the film’s third act when he inevitably has to deal with whatever nefarious plan Doctor Sivana (Mark Strong) has in store for him?

That part, we’ll have to wait and see about. I, for one, don’t mind having that be a surprise.

For now, fellow Superman fans, take heart in the fact that the wait for another appearance of Cavill as the Man of Steel is only a little over 15 months away. As for that sequel we’re dying for? You’ll just have to keep your eyes skyward this summer.

I’ll be discussing this, and much more, on tomorrow’s El Fanboy Podcast.

65 thoughts on “RTF EXCLUSIVE: Here’s The Next Time You’ll Get To See Cavill’s SUPERMAN At The Movies!”

Previous post Rian Johnson Reveals What His Ultimate Goal For STAR WARS: THE LAST JEDI Was

Next post Hemsworth Discusses His Future As THOR, Now That His Marvel Contract Is Over