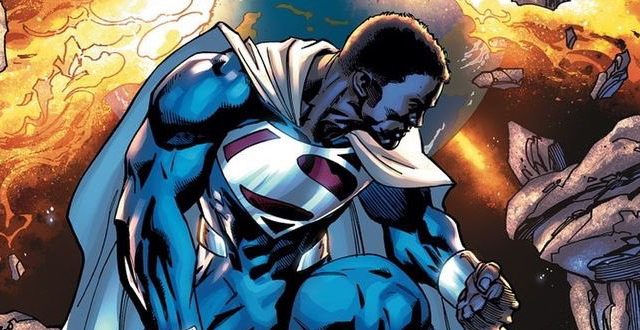 It was recently announced that J.J. Abrams had signed on to produce a new Superman movie for Warner Bros, and that he’d hired acclaimed writer Ta-Nehisi Coates to pen the film- which is expected to be a reboot. Included with those reports were rumors that the film would feature a Black Man of Steel.

The Hollywood Reporter has now stepped in to add more fuel to those rumors, with their own insiders claiming that the studio isn’t only seeking a Black actor for the title role but also a Black director to helm the project.

“Sources say J.J. Abrams, who is producing the film, is not among the many possibilities being considered. When Warners announced in February that celebrated author Ta-Nehisi Coates is writing the screenplay and Abrams is producing, it did not address the matter of helming. But insiders say Warners and DC are committed to hiring a Black director to tackle what will be the first cinematic incarnation of Superman featuring a Black actor, with one source adding that putting Abrams at the helm would be ‘tone-deaf.’“

If true, this also puts to rest the idea that Abrams may direct the new Superman film.

THR went on to name Steven Caple Jr. (Creed II), Regina King (One Night In Miami), J.D. Dillard (Sweetheart), and Shaka King (Judas and The Black Messiah) as possible front-runners for the director’s chair. The publication was quick to note that Marvel Studios is also seeking a Black director for their upcoming Blade reboot, and that there’s likely some overlap when it comes to who they’re speaking to.

Lastly, the trade added one more intriguing detail about the status of the project, by claiming that Coates “isn’t expected to deliver his Superman script until mid-December.”

If that’s the case, it indicates we have quite a wait ahead of us as it likely means we won’t see this new Superman until at least late 2023, with 2024 seeming more likely.

Keep your browser tuned right here, to Superman-On-Film, for all future updates about the Man of Steel’s next adventure.

Next post Michael B. Jordan Developing A Val-Zod Superman Series For HBO MAX?