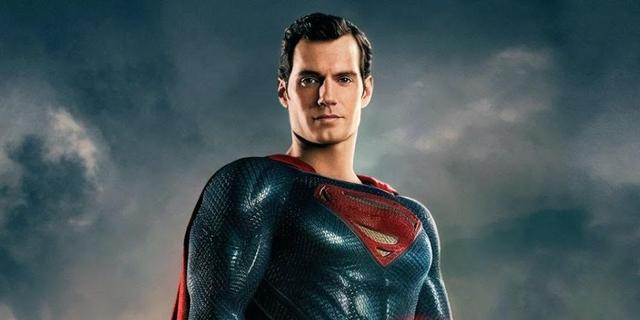 Right now, if you’re a Superman fan, there’s an interesting debate raging. Because if you’re a fan of the Kal-El that we met in 2013’s Man of Steel, then you likely feel like that version never got his proper conclusion. After all, Zack Snyder’s Justice League ended on a cliffhanger, and only really included a few fleeting (yet MAJESTIC) moments for the Last Son of Krypton. But on the other side, we’ve got a combination of folks who are either happy to move on from that version of the character, or have simply accepted that Warner Bros. seems poised to reboot- possibly even with a Black Superman.

And there’s a ton of concern by that first group that we may have seen the last of Henry Cavill as Superman.

Yet what if I told you that there’s no reason to think that just yet?

“This movie is a bit of a hinge in the sense that it presents a story that implies a unified universe where all the cinematic iterations that we’ve seen before are valid. It’s inclusive in the sense that it is saying all that you’ve seen exists, and everything that you will see exists, in the same unified multiverse.”

In 2022, Andy Muschietti will be giving us The Flash. And what’s unique about the film is that it’s set to blow the doors open for DC’s cinematic multiverse. While very little is known about the film as of now, there’s one thing we do know: The film will feature two different versions of Batman.

We’ll see Ben Affleck suit up once more, which is something many of us thought we’d never see again. But we’ll also witness the return of Michael Keaton’s Bruce Wayne from Tim Burton’s beloved Batman. And as if there weren’t already enough Dark Knights running around, Robert Pattinson will have made his debut as the Caped Crusader several months before The Flash comes out.

And the word on the street is that when all is said and done, Batfleck will have been written out, Keaton will stay on as a veteran Batman that could be used in future DC crossover events, and Pattinson will be the singular Batman that gets his own trilogy of films set entirely in their own world.

So we’re looking at a multiverse concept that will embrace multiple versions of the same character existing concurrently.

When you consider that, it suddenly creates a space where Cavill’s Superman continues to exist alongside whatever new version of Supes J.J. Abrams and Ta-Nehisi Coates come up with. Their version will be akin to Pattinson’s Batman, existing in its own world, while Cavill can be the one who shows up for DC crossovers, a la Keaton.

WHERE COULD HE SHOW UP NEXT?

With the way Muschietti’s The Flash is leaning heavily into a multiverse that acknowledges everything that’s come before it, it would be a pretty safe bet to suggest that he could pop up in that movie for a moment. But I think an even safer bet is that his Cavill’s Superman will pop up again in one of the upcoming Shazam!/Black Adam movies- and that he’d actually have a head this time!

And I don’t say that merely because they used his suit design for that infamous “cameo” at the end of the first Shazam! But because Black Adam himself, Dwayne Johnson, has a lot of pull over at DC and he’s had his sights set on a showdown with Superman for quite some time.

That’s significant because Johnson, arguably one of the biggest and most bankable stars in the world, is also a producer on all of these films set in the world of Shazam! His Seven Bucks Productions is overseeing that franchise and its spinoffs, and he runs the production shingle alongside his manager Dany Garcia. And Garcia has another notable client: Henry Cavill.

Cavill and Garcia have long campaigned for him to return for more outings as the Man of Steel, and having “The Rock” in their corner can only help- especially when it aligns perfectly with where he’d love to take Black Adam.

So when you consider all of this, the answer is plain to see. Does this rumored Black Superman movie mean we’ve seen the last of Cavill’s Man of Steel? No. Not a bit.

Next post The SOF Weekly Planet #1: “The State of Superman on Film”