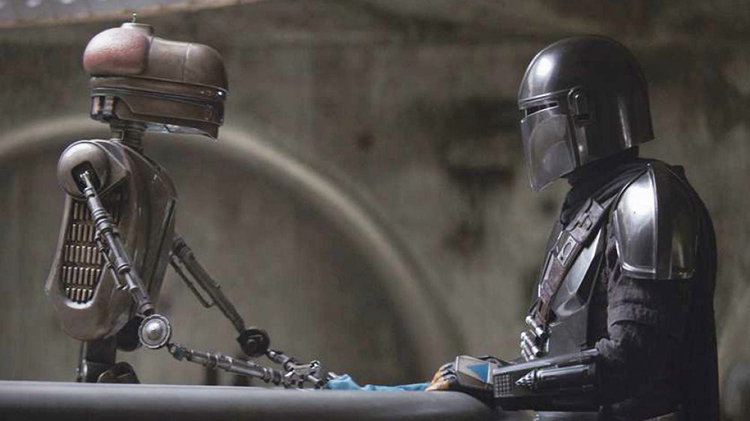 As a note, this review contains mild spoilers for The Mandalorian Chapter 5: The Gunslinger. I would recommend watching before diving in.

Sanctuary, the fourth episode of The Mandalorian’s arc, was not its best. And as a diversion from the main narrative, it left little for Chapter 5: The Gunslinger to build upon. In a way, that is the largest indictment of it. Nothing that happened in Sanctuary mattered. Thankfully, that is not the case with The Gunslinger.

This chapter, which opened with the series’ first true vintage Star Wars dog fight, began as another digression. Mando, whose ship had suffered heavy damage in the aerial shootout, stops on the familiar planet of Tatooine; this sandy, desolate, and often dangerous locale is a place we’ve visited often through the course of Star Wars’ long and twisting timeline.

Finding himself in less than desirable circumstances, as he often does, Mando requires money to repair his ship. Thus, it is in these familiar trappings, as coincidence would have it, that Mando is hired for a job. Toro Calican (Jake Cannavale), an aspiring bounty hunter who pines for acceptance into the guild, has acquired a perilous job. He understands it is one he cannot face alone. His target: Fennec Shand (Ming-Na Wen), a former gun-for-hire for the unscrupulous—including the infamous Hutts.

The strengths of this episode all fell within their pursuit of Shand. At this point, that is not all that shocking. The show is always at its peak when Mando is doing what he does best. In The Gunslinger, that is the hunt; Mando’s reading, reacting, and assessing of the hazardous situation before them reminds us of how cunning and dangerous he can also be.

Calican is green. The necessity of him hiring an additional gun signaled as much. But some of my favorite moments in The Gunslinger came in Mando’s casual dismissal of his naivety.

In addition, like the scene in the bar with Calican, some of what shines the most is The Gunslinger’s penchant for leaning heavily into nostalgia. These notes could possibly be construed as being to its detriment, but I found them refreshing. Encountering some of the familiar scoundrels of the wasteland just felt like Star Wars should; and it again offered us a glimpse into a side of the world we’d only briefly been privy to. These moments did enough to divert my attention away from what was again an episode that was lacking in both delivery and design.

The acting on this show ebbs and flows. When it’s sub-par, it’s outright distracting. When it’s competent, the flaws of some of the pedestrian dialogue can be forgiven. Mando just hasn’t had a reliable foil lately. Gina Carano as Cara Dune, despite her imposing physicality, lacks polish. And Cannavale as Calican was flat. The character was a missed opportunity. They just didn’t do enough to flesh out the elements that worked between he and Mando. Side note: How did he know to call him Mando? Is that common shorthand?

Their exchanges were lacking depth, but they still trumped the ones with Peli Motto (Amy Sedaris). Motto, who he hires to restore his ship, was an unnecessary bit of comic relief. She was hokey in a Star Wars prequels sort of way. That is not a compliment.

Shand, on the other hand, was the lone intriguing first-time inclusion. Unfortunately, Wen was given even less to do with Shand than the other newbies.

I digress, though. The Gunslinger propels past its minor faults by again focusing on what matters—the allure of what lies ahead. Instead of being an outright departure from the show’s central plot, it melds the components together, delivering a satisfying conclusion that will keep us guessing until the sixth episode airs.

Carry on, Mando … This is the way…

The Mandalorian Chapter 5 Score: B

One thought on “RTF Review: ‘THE MANDALORIAN, S1 Chapter 5’”

By Thomas L. Kelly (@WriterTLK) As a note, this review contains mild spoilers for The Mandalorian Chapter 4: Sanctuary. I would...