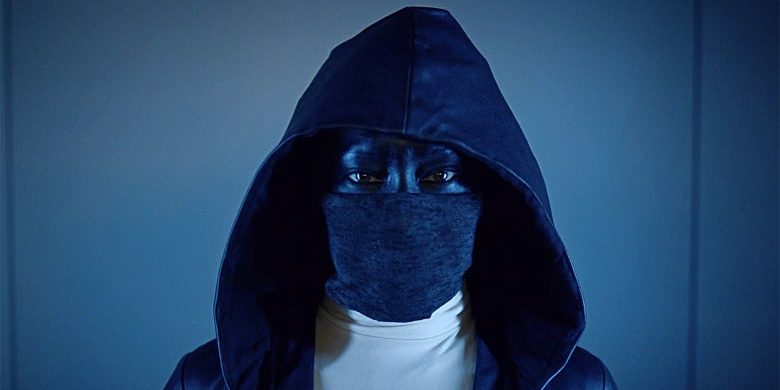 This review is for Episode 2 of the first season of HBO’s Watchmen, titled “Martial Feats of Comanche Horsemanship.” If you’d like to catch my thoughts on the series premiere last week, you can CLICK HERE.

Damon Lindelof and Nicole Kassell have done it again. Last week, they gave us a densely layered, thematically rich pilot that set the stage for the rest of the first season of Watchmen. This week, they built on it, adding some new twists, intrigue, and commentary along the way.

The first thing I’d like to touch on is the performance Regina King has treated us to so far this season. Her Angela, aka Sister Night, is a riveting and entirely relatable character. Never mind that I’m a male, New York-born hispanic DJ, and she’s a female, African-American masked law enforcer from Tulsa, Oklahoma. Like all great protagonists, the universal truths of her challenges and the way she handles them resonate with my own and I’m able to put myself in her shoes (or boots, as it may).

Like many of us, she’s learned to keep a mask on. She shows that mask to the world, her co-workers, and even her family. She must, after all. She’s taken on the responsibility of being a silent protector who comes face to face with all of the darkness that life forces one to confront, while remaining stoic and poised for the benefit of those around her.

Early in the episode, we finally see our heroine crack. She’s just witnessed the death of a beloved colleague, and she’s got the culprit in her hands. But the weight of it all finally caves in on her, and in a private moment in a secret room, Angela breaks down into panicked tears. She’s overcome by a wave of emotion, but then- in the time it takes to brew cup of coffee- she reverts back to her calm, balanced self.

Later on, in another scenario, when “given permission” to cry after an unbelievable trauma, Angela can’t seem to muster a single tear. Because people like her don’t process emotions the same way others day. Instead, they bury it deep, analyze it, and try to find solutions. Emotions? Those can wait.

Interestingly, the only person she really shows her true self to is Tim Blake Nelson’s Looking Glass. Because, see, unlike the people in the Rorschach masks, who reflect your own worldview back at you, Glass seems to show you exactly who you are. In their one scene, set within a car outside of the crime scene of a fallen colleague, Glass projects distrust, icy dedication, and deeply masked emotion- mirroring both out hero’s internal and external conflicts.

And the series continues to spin everything you see on its head.

Whether it’s learning that the poor merchant, pleading with the thief that there was “no safe” was actually lying, meaning that even with a gun to his face he valued money over the lives of his customers; Or finding out that a fallen hero may not be a hero at all, or- at the very least- a man with a complicated legacy, Watchmen loves to subvert your expectations about who the “good guys” and “bad guys” are.

One of the series’ many strengths, at this point in its run, is that it doesn’t really take sides. It presents a lot of the complexities of the world in a very matter-of-fact way, giving voice to all kinds of perspectives without passing judgement on them.

Take the working class, older gentlemen who sells newspapers. He reads every word of the papers he sells, but his life has led him to willfully- and happily– believe none of it. Does that make him ignorant to what’s happening in the world? Or does his skepticism make him the smartest guy in the room? The series doesn’t tell you one way or the other. Because the show itself is a Rorschach, letting you see and pick up on what your eyes see.

At its heart, “Martial Feats of Comanche Horsemanship” seems to want to want to invite you to take a hard look at where you came from. What is your lineage? What struggles did your ancestors face? What have you learned from them? Because just like the painting it’s named after, the episode shows you the duality of our history. Are we warriors? Are we victims fighting back? Or are we just constantly adapting to meet the next enemy- who may look just like us? (And what does that say about the very concept of an Enemy?)

Watchmen is exquisite so far.

Next post GEEK OF ALL TRADES 1.02: Geeking Out (Halloween Style)