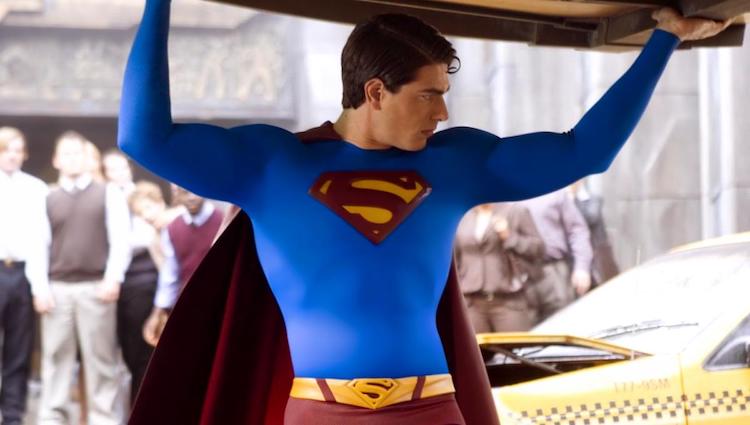 Note: I originally wrote this piece in May of 2014. Obviously, I am now conflicted about the involvement of Bryan Singer with this character. That said, I chose to revive this article because of the love I have for Superman, as well as the admiration I have for the way this film portrays him. In that sense, I am able to separate the art from the artist. With us covering the movie on Hops and Box Office Flops, I also wanted to be able to share some of my thoughts in a more measured way. A huge ‘thank you’ goes out to Revenge of the Fans for welcoming it with open arms.

Some may hold disdain for Superman Returns. I don’t particularly understand that sentiment. Is the movie slow? Sure it is. Is it light on action? Definitely; but is it also unafraid to give us a conflicted hero.

Superman was back; and much like his fellow characters onscreen, we hadn’t seen him in years. They, just as us, were confused on how to handle it. Was he still the same hero we all remembered? Moreover, was his particularly brand of heroism still relevant after all these years? As it turned out, the film Singer delivered paid honorable homage to the characters roots and reminded us how wondrous it is to witness a man fly.

One could argue that this film plays it safe. Well, it does; but that isn’t necessarily a bad thing. Both Superman III and IV were disasters. So much so in fact, they warded off future attempts to make such movies. Worse, they were bad enough to make some viewers even avoid the celebrated first two films because of their shameful guilt by association. Thankfully, the comic book stigma is no longer an issue. It was a slow burn, but Burton’s Batman (1989) further proved that translating these historic characters from page to screen was indeed possible.

The conundrum with Superman’s prior films, though, was clearly considered when deciding how to appropriately bring the iconic figure back to theaters. Sure, there were other attempts, many if all tales told are true, but none seemed to work. More than likely, each was a victim of attempting too much—a symptom remedied by most, unfortunately not all, modern superhero blockbusters.

In this vein, Singer and company were dead on. What the world needed was a subtle reintroduction to the hero most held as the big daddy of them all. By 2006, kids had been familiarized with Spider-Man and all that made him so “amazing;” they’d seen the Dark Knight, again, don the cape and cowl. They’d witnessed the origins of those characters, as well.

The brilliance of Superman Returns is that it eschews that need by working as a spiritual successor to Donner’s original vision. By using Brando’s soothing voiceover as Jor-El, we are taken back to the magic of Superman: The Movie, at least those of us that remember watching that film as a child. Yet even if you weren’t treated to it at a young age, it still gives the sense of why the Man of Steel is the way he is without the burden of cliché laden exposition. The concept is simple: He’s back. So what did his absence teach us?

More than anything, Superman is an alien; he’s not American. Although we may hold him as a nationalistic symbol, that generalization would be doing him a disservice. What is he? Well, he is the greater embodiment of what we all wish we could be. He’s not selfish or lazy; he’s not callous or rude because he failed to get enough sleep. Superman is the personification of a hero, which makes his sudden disappearance so strange. It is that very same want that gives us one of our most complex Supermen onscreen. As I said, he’s not one of us.

Thus, his desire to truly be accepted is only natural. It may not be outright said, but it’s clear this conflict exists deep within him. He loves Lois, classically so, but their love is tempered by his profound awareness that his existence holds a higher importance. It’s only natural he’d seek more.

After all, in a world for which he does everything, it wasn’t long before even his most ardent supporters no longer felt him necessary. To Perry, he’s newspapers; to others, a thorn. Yet most seem to simply not grasp the magnitude of such a being—a being who makes it his life’s work to save those he may not be worth saving. These are all points subtly noted by his return to a world plagued by the familiar chaos that stained it five years prior.

Issues do remain with this film. It is eerily reminiscent to the aforementioned Superman: The Movie, and it fails to create what most would perceive as a worthy threat. That notion is doing Luthor, Kevin Spacey, a serious injustice. After nearly thirty years, this is the exact confrontation we needed. This could not be a film where fire rained down from the sky and destruction seized the day. We needed to see Superman at his most idealistic, as a savior—one whose deeds were both large and small. Superman is an everyday hero; his job never ends.

The five years he toiled in the cosmos only served to further that purpose in his mind. His world was gone, forever it seemed, yet this one remained. Despite its dogged persistence to sabotage itself, he would be there. He’d rise to each and every occasion because it’s what they needed. As the titular hero himself stated, “…You wrote that a world didn’t need a savior, but every day I hear people crying for one.” What Singer built set the platform for future and even more fantastical conflicts.

So despite its flaws, shortcomings, and perceived lack of “Superheroic” action, this movie remains a true labor of love. Great care was taken, and can be seen by avid fans, in giving us a Superman that befits the great history of the character. This is never more apparent than when Singer weaves in carefully placed imagery or symbolism from the comics. Martha Kent cradling her exhausted son in her arms just as Lois did a dying Man of Steel in The Death of Superman or Superman hoisting Kitty’s car heroically over his head to prevent further vehicular carnage in the street—a clear respect to his premier in Action Comics. There is a history to this character, eighty-one years and counting, that simply can’t be ignored.

When the Jimmys, old and new, embrace as Superman swoops to the rescue, there is a distinct sense of nostalgia. I didn’t watch the show live, nor did I see Christopher Reeve don the cape to grace the silver screen in a crowded cinema; however, I’ve grown to appreciate how far this character has come, which is why I love this movie.

The same can be said for the actor who portrayed him. Brandon Routh’s soulful performance gives this version exactly what I want from this character. Superman is at his best as the charismatic, unflappable hero. Yet believing he is only that, robs him of his most true value. Superman, at least based on perception, can do everything, but he cannot. He is tortured in this sense; his quest to find Krypton is almost a cry for help. He needs more than just a voice from a crystal to lend him knowledge. He needs someone who can truly understand the difficulties of possessing so much, yet being able to change so little.

Routh was able to channel the testing nature of Superman’s existence, and he excelled at creating a Clark who’s goofy enough to convince even the most prying eyes that any connection between he and the Man of Steel is nothing more than cosmetic—a quality which allows us to fondly remember the touching performances staged by Reeve so many years before. That, in itself, is worth the price of admission.

In the end, is it my favorite Superman film? No; is it the most exciting or visually stimulating? Not anymore; quite simply, this film is a dedication to the heart of the character. It’s a tribute to those who came before and all the good they did in crafting his stories. On that note, it rings as true as any superhero film there has ever been, and I’ll always appreciate it for that. Part of me will always regret that Singer and Routh, who is magnificent, didn’t get to continue this vision.

But at least there will always be this one. It’s a movie that really understands there is more to a hero than just a brightly shaded costume or heaps of explosions and action. There’s depth, weight, and a deep understanding that the heroism of a character isn’t measured by the eruptions on the screen, but by the value of their existence on those that need them most.

Our Superman Returns Episode of Hops and Box Office Flops: