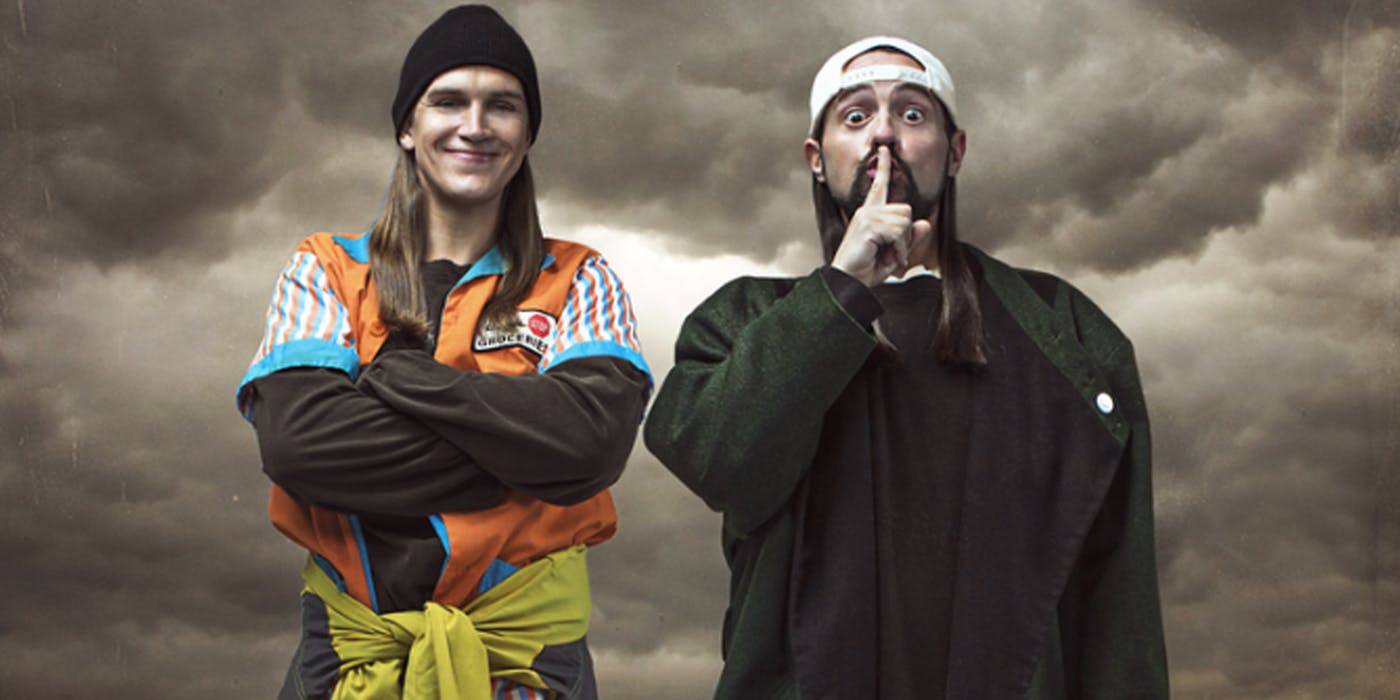 Snoogans! It is finally upon us, the trailer we’ve all been waiting for! (No, not Top Gun: Maverick). Watch two 90s icons return in Jay And Silent Bob: Endgame Reboot. Fair warning, this is a RED BAND trailer so it is NSFW.

The big news here is that Ben Affleck and Matt Damon are returning! Affleck played coy about appearing, but it looks like it happened after that, or he was just lying to protect the secret. Affleck looks to be playing his Chasing Amy character, Holden McNeil. But I wouldn’t be surprised if he appeared as himself too, just like in Jay And Silent Bob Strike Back. As for Damon, there are no clues to who he is playing, though it does look like he is in a church, which could be a reference to Dogma.

A ton of other familiar faces make appearances, and it seems like the entire movie will just be one big cameo fest. This could very well be the last ViewAskewniverse film to ever happen, so they made it count. Smith has said on one of his podcasts that it was due to the heart attack he survived that so many people said yes. But Smith is always modest and self-deprecating like that.

There were reports that three Batman actors would be in the film. The trailer shows two. The aforementioned Affleck, and Val Kilmer, who plays Bluntman in the rebooted movie that Jay and Silent Bob are trying to stop. Chronic is played by Supergirl‘s Melissa Benoist, so the Arrowverse is getting some representation also. As for the third Batman character, that goes to Diedrich Bader, who voices the Caped Crusader in Batman: The Brave and The Bold. He is reprising his role as the security guard he played in Strike Back.

The movie seems to be coming out sometime in October, according to the newly released poster:

Around that time, Kevin Smith and Jason Mewes will be touring the movie around the US. You can watch it with them, then participate in a Q&A. (You can find out if they are coming to your city right here.)

The trailer was expected to be released Saturday during Smith’s Hall H panel at San Diego Comic Con, but they decided to drop it early, so here we are.

I hope this isn’t the last ViewAskewniverse project. Smith has been developing a Mallrats TV show with Universal, but with no buyers, the project was shelved. Hopefully this movie will bring Jay and Silent Bob back into the pop culture lexicon, and more things will come from it.

Next post Tom Cruise Surprised Everybody With The TOP GUN: MAVERICK Trailer