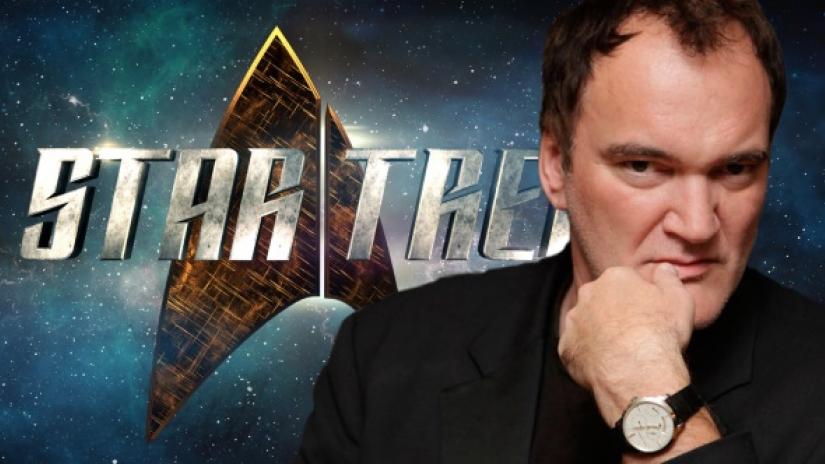 With the theatrical release of his ninth film Once Upon a Time in Hollywood arriving later this month, there has been a few questions lingering around what will come next for director Quentin Tarantino. The acclaimed filmmaker has said for years now that he intends to only ever direct ten films and now that his ninth film is here, what sort of film would Tarantino want to cap off his directing career with? Might Tarantino feel compelled to do away with his self-imposed film limit and continue directing? These questions have only been further drawn to the limelight with the reports that Tarantino plans to make a Star Trek film.

In a new interview with CinemaBlend, Tarantino revealed that he has a possible “loophole” in mind so that he could possibly direct his Star Trek film and not have it be his final and tenth work.

“I guess I do have a loophole, [if] the idea was to throw a loophole into it. Which would be [to go], ‘Uhhh, I guess Star Trek doesn’t count. I can do Star Trek … but naturally I would end on an original.’ But the idea of doing 10 isn’t to come up with a loophole. I actually think, if I was going to do Star Trek, I should commit to it. It’s my last movie. There should be nothing left handed about it. I don’t know if I’m going to do that, but that might happen.“

Honestly, while the whole matter seems a bit unusual considering that the only thing holding back Tarantino from directing more films is himself, I do appreciate that he’s willing to think of an out to possibly also make his Star Trek film. While I’m sure many would be satisfied with seeing a Star Trek film written and produced by Tarantino, his visual style would make for an intriguing combination with the franchise if he were to also direct it.