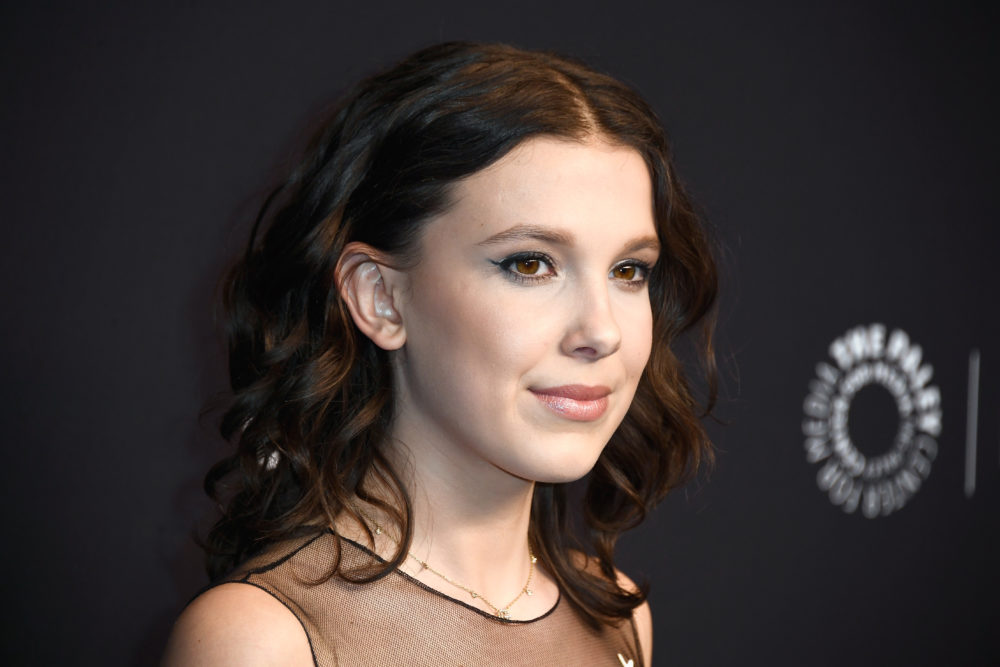 San Diego Comic Con is imminent, and the crown jewel there will be the debut of the trailer for Kevin Smith’s new movie Jay and Silent Bob Reboot the Marvel Panel in Hall H on Saturday night. We will likely get information on the upcoming Disney+ shows, and announcements of the beginning of Phase 4, with movies like Black Widow, Shang-Chi, and The Eternals. We are also likely to get some casting announcements, and one of those could be Stranger Things star Millie Bobby Brown.

In an article written by Matt Donnelly for Variety, he lays out what you can expect at Hall H, and dropped this hitherto unknown piece of casting:

“Supreme Geek and Marvel Studios president Kevin Feige is expected to unveil brand-new franchise starters at the convention in late July. Chief among them is “The Eternals,” a series about godlike alien beings to be adapted by indie director Chloé Zhao (“The Rider”), which has widely been reported to star Angelina Jolie, Kumail Nanjiani and Richard Madden, as well as “Stranger Things” lead Millie Bobby Brown.“

Naturally, the internet took notice of this due to it not being out there before. Donnelly stood by it, saying this on Twitter:

So while this can technically be classified as a “rumor” for now, it seems pretty likely, given Variety’s track record and sources.

As soon as I watched episode 1.01 of Stranger Things, and saw this remarkable child actor, I knew Brown was going to have a huge career in front of her. So far she has. Outside of Stranger Things, which just debuted its third season, she has starred in Godzilla: King Of Monsters, and will be the titular character in the upcoming Enola Holmes along side Henry Cavill.

Marvel has one of the best casting departments in the business, and for them to get in the Millie Bobby Brown business is a smart move. I don’t know much about The Eternals brand, but I do know that the cast sounds incredible so far. I would watch any story with those people in it. A story that takes place in the Marvel Cinematic Universe is an even greater bonus.

We will find out about Brown soon enough, and a plethora of other things I’m sure, that will shock and delight us.

The Marvel panel will be at 5:15 on Saturday, July 20th. (Followed directly by Kevin Smith’s panel, so stay in Hall H afterward if you are going!)

Next post STAR WARS: THE RISE OF SKYWALKER Will Introduce The Sith Trooper