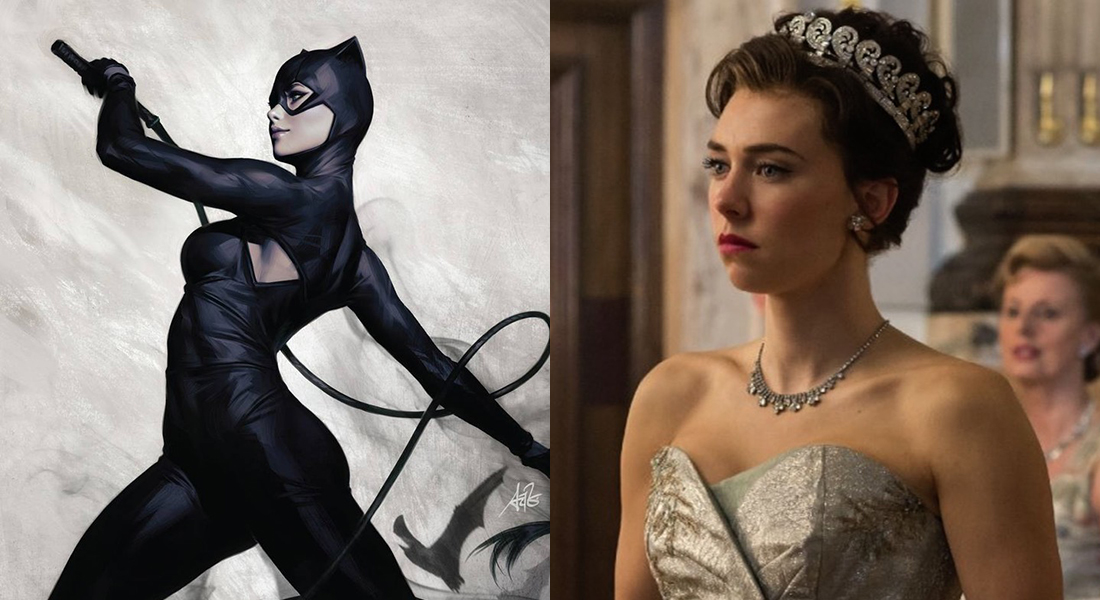 With ownership of the Cape and Cowl having officially been passed onto to Good Time actor Robert Pattinson, Batman fans have spent the past several weeks waiting for news on what members of his illustrious Rogues Gallery would appear in Matt Reeves’ The Batman. Casting breakdowns surfaced that revealed characters such as the Riddler, Penguin and Firefly were all set to appear, as well as one Miss Selina Kyle. Naturally it didn’t take long for the Internet to prioritize its collective speculation on who would land the part of Catwoman, including our very own D.L. Keatis. While fans almost certainly still have quite a way’s left to go before anything is set, we now have our first name!

The GWW reports that Vanessa Kirby of Mission: Impossible – Fallout and The Crown fame is “one contender” for the part. The site stressed that Kirby is most likely still just one of a number of names in consideration for the role right now and that formal talks likely haven’t actually begun yet. Furthermore, the site noted that other potential names for the role will probably start “popping up” soon too.

While part of me is conflicted at the idea of Selina not being played by a Latina or Hispanic actress this go around, it’s worth keeping in mind that Catwoman has had a number of different origin stories and ethnicities over the years that contradict with one another. For instance, several of Jeph Loeb’s Batman stories such as The Long Halloween, Dark Victory and Catwoman: When in Rome heavily suggest that Selina is completely of Italian descent and is the long lost daughter of crime boss Carmine Falcone, while other writers depict her early years involving a troubled household with an Irish father and Cuban mother.

More to the point though, Kirby is a ridiculously strong choice for the role, should she land the part. While obviously the actress has received quite a lot of praise for her performances in Fallout and The Crown, it turns out that Kirby has also garnered a very strong reputation back in the United Kingdom as one of the best theater actors on the scene right now. That sort of acting range and presence seems to fit in with the sort of casting mindset that Reeves has demonstrated in the past, both with Pattinson as the new Dark Knight and in all of his other films as I wrote back in February.

In the meantime though, fans will have to continue to wait for more names that might be in the running for Catwoman.

Previous post GREMLINS: SECRETS OF THE MOGWAI Gets 10 Episode Order At WarnerMedia

Next post THE FLASH: Andy Muschietti Might Have What IT Takes To Direct The Fastest Man Alive