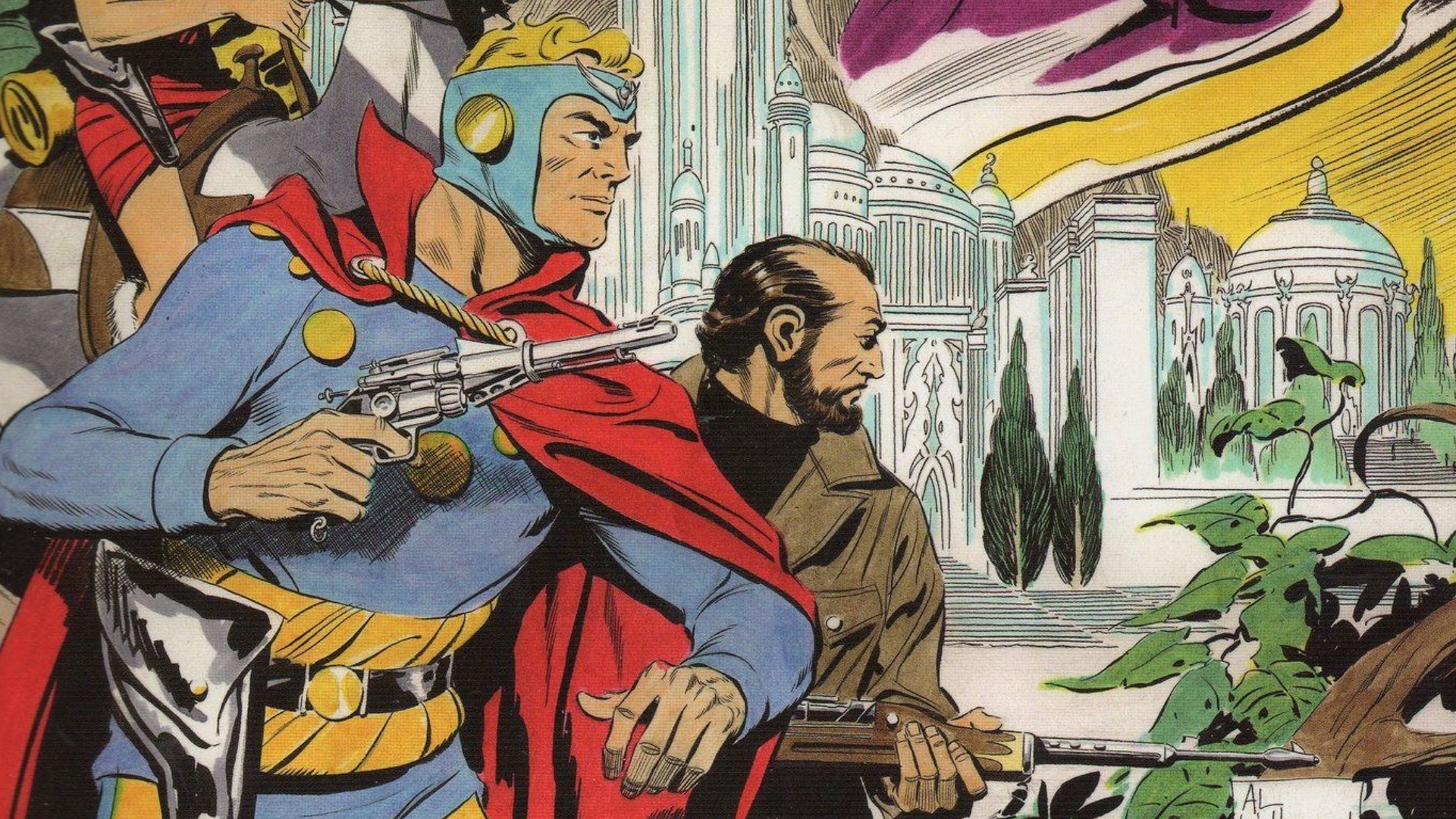 Flash Gordon is a property ripe for a modern adaptation, but for one reason or another, just hasn’t happened yet. It got close when Kingsman director Matthew Vaughn was set to tackle it. But it got lost in the mix, and then Vaughn became busy with other things. Now it is returning, but as an animated project with Thor: Ragnarok director Taika Waititi involved.

Deadline reports that Waititi is definitely involved, but it is too early know in what capacity. It is assumed he will write and direct, but his camp wouldn’t comment on that.

As Flash Gordon started as a comic strip, animation seems right. Waititi will next be seen in his satire Jojo Rabbit in which he plays Hitler. After that, the episode of Stars Wars‘ first live action series The Mandalorian that he directed will air on Disney+. That is where this connection gets interesting.

A long time ago, in a galaxy that looked like Southern California, a young eager filmmaker named George Lucas wanted to make a new Flash Gordon movie. He wasn’t able to secure the rights, so he went off and made his own version of Flash Gordon. He called it Star Wars…and the rest is history.

Flash Gordon was a serial in the 1930s, and then made into a feature film in 1980 starring Sam Jones. The film has a cult following, and was brought back into the pop culture lexicon by Seth MacFarlane in the Ted movies.

After Into The Spiderverse changed what animation could be last year, Flash Gordon could have a healthy run with an animated movie series. The sensibilities of Waititi make this combination a perfect fit. Flash Gordon is a bit of a ridiculous premise, so you need someone who thinks outside the box to make it work. I hope he is hands on with this, and is not just an executive producer. But even if that is all he is, his involvement is a good thing.

Next post SOF Original: ‘What Does Superman Mean To Society Today?’