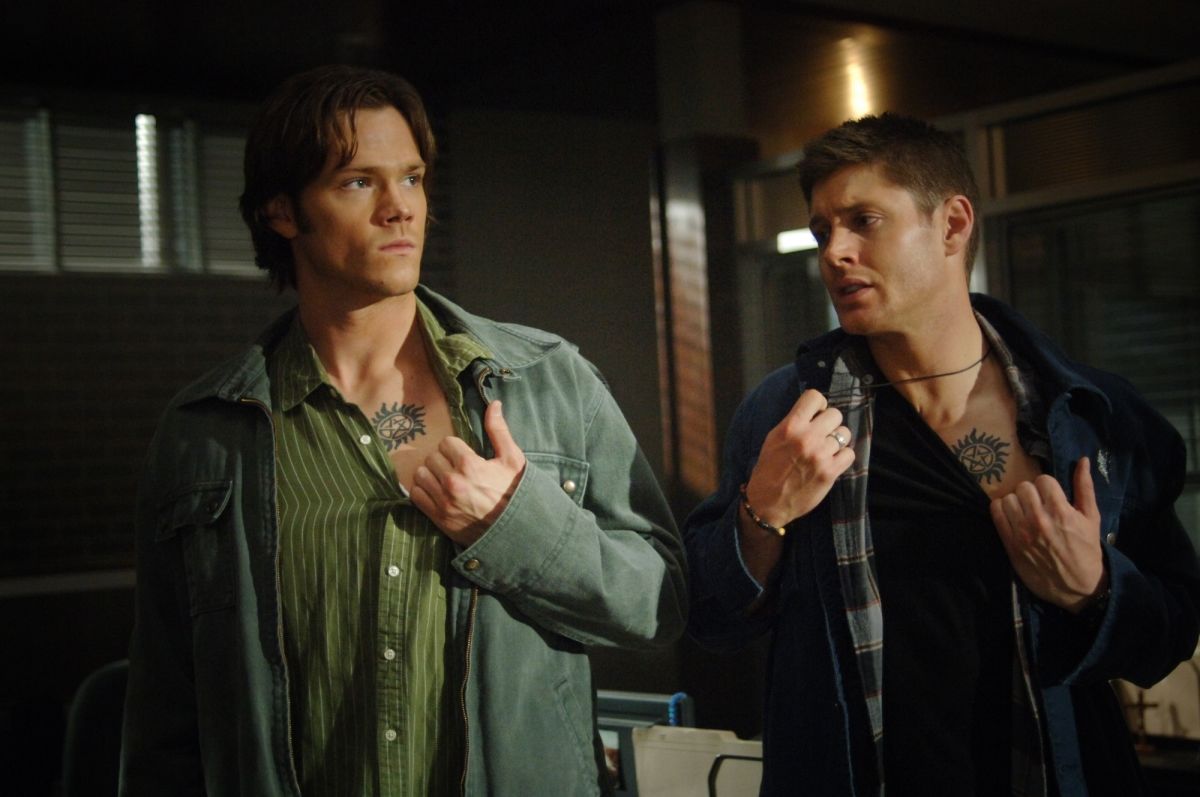 General warning! There are spoilers for Supernatural season 3 below. Check out the reviews I’ve done for previous seasons HERE. I have seen most of the seasons of Supernatural, so I will be talking about how future seasons are set up, so just be forewarned!

Dean (Jensen Ackles) made the deal of a lifetime last season to save his brother Sam, and this season deals with the consequences of said deal. Supernatural season 3 covers the year Dean has left on planet Earth after saving Sam (Jared Padalecki). Dean travels different stages of “living like there’s no tomorrow”. He takes unnecessary chances, crosses stuff off the bucket list, and finally decides he doesn’t want to die. Meanwhile Sam is trying to do everything he can to save his brother, even with the catch-all on the deal. If Dean tries to wiggle out, Sam drops dead again. While they try to prevent Dean’s impending fate in the pit, they complete their jobs as hunters, meeting new characters Bela Talbot (Lauren Cohan) and Ruby (Katie Cassidy).

In the shortest season of the show, a lot actually happens for the brother hunters. We see the culmination of the shapeshifter plot from season 1, we learn more about demons after they all escaped from hell in the finale of season 2. Gordon finally meets his end, as the thing he hates most. We learn a lot more about the hunting community, with Bela being a thief of supernatural objects. Ruby tries to show the boys the ropes of fighting demons, and helps Sam and Dean out of a couple of bad situations. You should also be paying attention to one trickster that showed up yet again! Ultimately, destiny awaits Dean, and he meets his end by the traditional hellhound death of crossroads contract holders.

Supernatural season 3 is definitely one of my favorite seasons. It’s shorter than the others, but I’ll take Associate Editor Matt Vernier’s words out of his mouth and say more television shows would be better as shorter seasons. It cuts the fluff out and makes the plot more focused. The shorter season was not intentional, with the Writer’s Guild of America strike happening, it was meant to be the standard length of 22 episodes. The writers did end up focusing more on the plot to save Dean, but in the midst we got a ton of insight into Dean’s past. We delve into what makes him think the way he does. We also get to meet Lisa and Ben, and Ben I am 110% set that he is Dean’s kid, I don’t care what Lisa says!

The plot is interesting, and it goes deep into the terminal diagnosis. I can’t imagine what those people go through. But Dean seems to go through a stereotypical path with one year left to live. It also explores the familial reaction, with Sam trying to do everything in his power to make sure Dean survives. We see Dean tell Bobby he’s like a father to him. John was more of an instructor, not a father. Bobby’s the man Dean and Sam go to when they need advice.

Despite the negative reviews for Bela and Ruby’s additions to the cast, I actually like having them. They weren’t overwhelming, and were good side characters to play off of Sam and Dean’s strengths. Personally I think this season is the best season of television I’ve seen Cohan in, as I’m not a huge fan of her in The Walking Dead. And Cassidy, this season is on par with her middle seasons of Arrow. The writers did a great job incorporating them in.

There isn’t much to the big bad of the season, as it’s used as more of a stepping stone for season 4. We learn alot, but the season is really used for more character development than anything. Specifically of the good guys of the show, and the demons. It’s more demon lore, than anything. With some minor development into specific demons. We do get the colt back! After being told there was only so many bullets, Ruby shows Bobby how to get the demon killing magic back. She was a witch in her previous life after all.

Big Bad of the Season: Lilith

Number of Times Impala Was Destroyed in the Series: 1

Number of Times Sam or Dean Dies in the Series: 3

I’m going to be hitting all of the seasons for a review this summer in preparation for Supernatural‘s final season! There might be an editorial here or there or a favorite characters list as well, so stay tuned as we hit the Road to the Final Season of Supernatural in our Impala, here at Revenge of the Fans. Let us know what you think of Supernatural season 3 on Twitter, Facebook, or Instagram!

Next post The Wachowskis Will Return To THE MATRIX With Michael B. Jordan Next Year