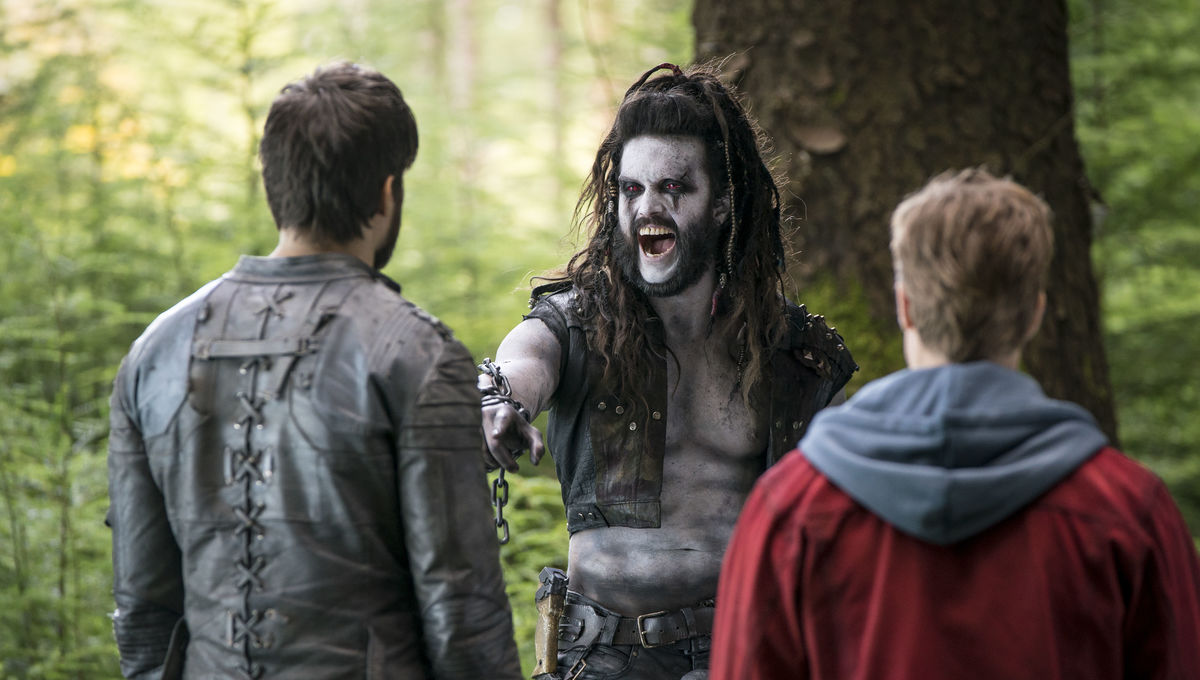 SyFy is working on expanding its Kryptonian horizons. The network is currently working on developing a Lobo spin-off series from it’s Superman prequel series Krypton. Krypton stars Cameron Cuffe as Kal-El’s grandfather Seg-El. It had Zod and Braniac as villains in the first season, and in it’s second season (which premiered on Superman Day this week). It’ll showcase more of Braniac, Doomsday, and Lobo! Lobo is currently played by Emmet J. Scanlan, and he’ll have a recurring role this season. The Hollywood Reporter confirms he will reprise his role in the spinoff. Right now executive producer for Krypton, Cameron Welsh will move over to start writing the script, and will be an executive producer for the spinoff as it moves forward,

Lobo is from the planet of Czarnia, which is a peaceful world. Lobo is no peacekeeper however, with his name translated meaning “he who devours your entrails and thoroughly enjoys it.” He slaughtered his entire race when he was a teenager, and now roams the universe on a motorcycle as the last of his kind. Murdering and causing mayhem as he goes. But he’s not an Allstate trouble maker!

This new potential for a series draws all eyes on the still-in-progress Lobo movie that Michael Bay is attached to. Warner Bros. has final say on all of their properties, whether on the big screen or small screen, so will they have two Lobo adaptations running at the same time? Probably not, especially considering how violent Lobo truly is. It would be a unique TV series for sure, as he’s relatively a minor character that not most know about. But, with Warner Bros. seemingly closing the gate on all things out of the box *coughSwampThingcough*, who knows what could happen at this point?

Next post Mercy Graves Will Appear On TITANS Season 2