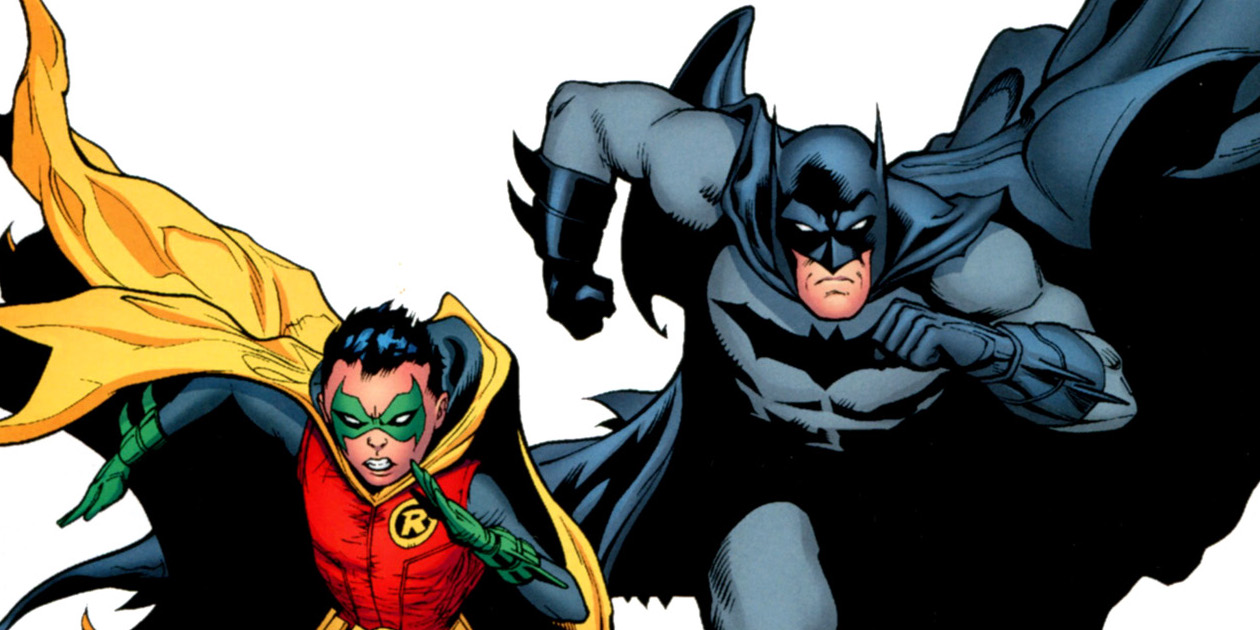 Dick Grayson aka Robin “The Boy Wonder”, Batman’s first Robin, made his debut in Detective Comics issue #38 in 1940. The character has most notably been known for being Batman’s ward and right-hand man. But if you’re a fan of the dynamic duo, it’s been a loooong time since we’ve seen Batman and Robin on the big screen.

Interestingly, after Robert Pattinson was made official as the next cinematic Batman, we got a small wave of rumors that involved other potential casting calls for Commissioner Gordon, Alfred, Riddler and…Robin.

Often, a lot of news can be taken out of context so here’s the exact quote Mark Hughes wrote in his article at Forbes:

“With multiple villains appearing in The Batman – I was told months ago that Penguin, Riddler, and possibly Catwoman are expected to appear, as well as other rogues and mobsters – and additional characters including Commissioner Gordon, Alfred, and potentially Robin, we should be hearing additional casting information soon.”

Of the characters listed above, I think it’s a safe bet we will most definitely see brand new versions of Commissioner Gordon and Alfred.  With the rumor that Matt Reeves wants a noir, detective-driven tone, something just tells me The Riddler is in this movie. And he’s villain who, in my humble opinion, fits exactly what Reeves seems to be looking for. I also wouldn’t be surprised if we see Harvey Bullock again.

But, to Hughes’ defense, he never technically “confirmed” Robin would be involved in The Batman and I don’t think he was trying to either, but rather give everyone an insight at what Matt Reeves “could” be planning in his hopefully trilogy of Batman movies.

But, it’s fun to consider possibilities, so let’s do just that.

There are a few reasons why I think having a Robin in The Batman is both unlikely and not really necessary….yet.

Now, let’s discuss why I’d be open to it if presented the right way, or at least why I think it’d make sense:

Personally, I’ve always wanted to see a true, traditional Batman and Robin movie. Maybe it’s the die hard fan in me that desperately wants the 1997 Batman & Robin stink to finally rid itself.

I’ve always believed Batman needs a Robin because the character has always represented the light inside Batman, and if Matt Reeves truly is going to show a Batman that is conflicted with his duality, then showcasing a teenager who needs a father figure now more than ever at this stage in his life can really show the human side of not just Bruce Wayne, but also Batman.

My prediction with Robin being playing a role in The Batman does coincide with my Rogues Gallery prediction in that I believe the villains Matt Reeves will use will be served as cameos, possibly giving Batman information at Arkham Asylum.

I think it’s more likely whichever Robin Matt Reeves decides to use will be hinted at during The Batman, whether it’s through a conversation of adopting a child with Alfred or Bruce meeting a young Dick Grayson through a chance encounter.

If The Batman is a success, I would expect Matt Reeves to double down and showcase all the Batman mythos he wants in the sequel and beyond. But establish this Batman first. That should be the priority.

The Batman is currently expected to hit theaters on June 25th, 2021.

The bigger question is what do you guys think? Do you want to see the duo of Batman and Robin on the big screen again? Does Batman even need a Robin on screen? Feel free to comment below or look me up on Twitter.

Next post EXCLUSIVE(?!): How Scoop Culture Is More Toxic Than Any Fandom