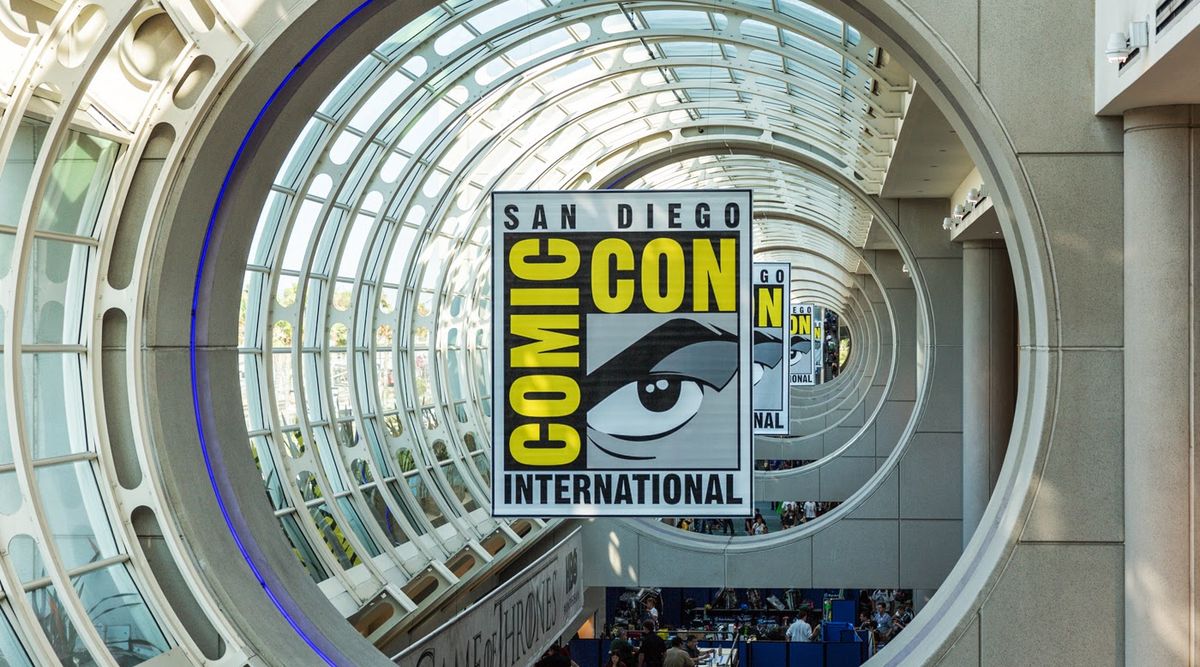 But in recent years, Disney has had less and less of a presence there. They shifted to announcing things on their own terms. Warner Bros took advantage of that, and was a staple at Hall H for many years while the rest of the schedule was a rotating door.

This year, however, will be different. IGN received the news that Warner Bros will sit out Hall H this year. Instead they will focus on “Scare Diego” promoting It: Chapter 2. That means movies like Birds Of Prey, Joker, SCOOB, and Godzilla V Kong will not be showcased. The silver lining is that Wonder Woman 1984 director Patty Jenkins felt bad, and gave us something to try to make up for it: This gorgeous poster for the movie that came out a year from the day of release.

The poster for Wonder Woman Ragnarok 1984 is incredible. Not only does it set the tone for the flick, but it also shows off Diana’s new armor.

It is a small consolation prize for not having Warner Bros at Hall H, but it is appreciated nonetheless. As far as who will appear in the coveted Saturday slot, the schedule hasn’t been released yet. I doubt it will be Marvel, as they usually like to announce their stuff at D23. Star Wars already had their own Comic Con at Celebration in April, so it probably won’t be them either. Probably someone like Sony, with Morbius will get the prime spot. Universal might have something with Fast And Furious 9 too. We’ll just have to wait and see.

This shouldn’t effect the TV side of Warner Bros, so if you are excited for Arrowverse stuff, or DC Universe stuff like Titans or Doom Patrol, they should still have a presence there. Just maybe not in Hall H.

I was lucky enough to get a one day pass to SDCC last year, and while I didn’t attend any panels (the whole thing is overwhelming and takes half a day to get used to), just walking the floor is an incredible experience. Regardless of who’s there, the people watching and the displays are worth going alone. I was not fortunate enough to nab passes this year, so I envy those who do get to go, and implore them to enjoy every moment and not take it for granted, it is something truly special.

Previous post The Truth Is…He Is Iron Man: Robert Downey Jr. Wants To Clean The Planet With Robots And A.I.