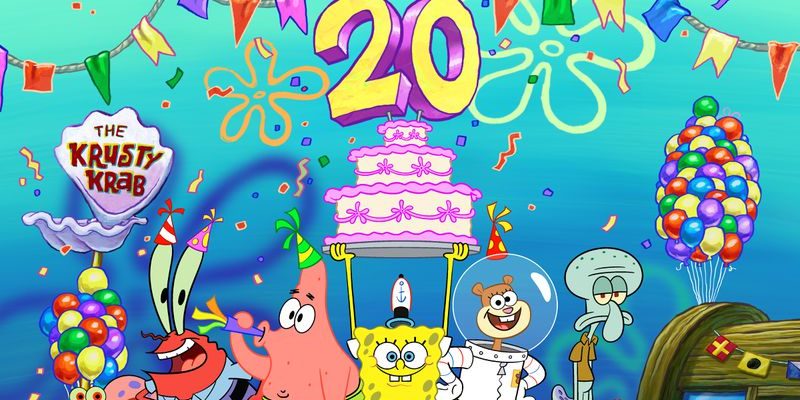 Kamp Koral will find 10-year old SpongeBob at summer camp, building the famous underwater campfires of the campfire song, catching the stinging jellyfish of the wild, and swimming in Lake Yuckymuck at the kelp forest of Kamp Koral.

The show will be executive produced by SpongeBob Squarepants‘ own Marc Ceccarelli and Vincent Waller. Ramsey Naito, Nickelodeon’s EVP Animation Production and Development, said the following about the project:

“SpongeBob has an incredible universe to expand upon and the greenlight for Kamp Koral is a testament to the strength and longevity of these characters known and loved by generations of fans around the world.“

The 20th anniversary of the premiere for SpongeBob Squarepants is this year, on July 17th. It will be marked by an hour long episode ‘SpongeBob’s Big Birthday Blowout’, as well as a a tribute on the July 12 entitled ‘Best Year Ever’. The third sequel movie, entitled The SpongeBob Movie: It’s a Wonderful Sponge, will premiere next year, released by Paramount Animation.

While I have never been one for SpongeBob, clearly I am in the minority. The show is a huge hit, with an ageless group of characters that seemingly never get old. It reigns supreme as number one in children’s television for the last 17 years, and is the most widely distributed property from Viacom International Media Network.

What about you? Are you excited for this next part of the SpongeBob Squarepants universe? Let us know in the comments below and stay tuned for more as we have it!