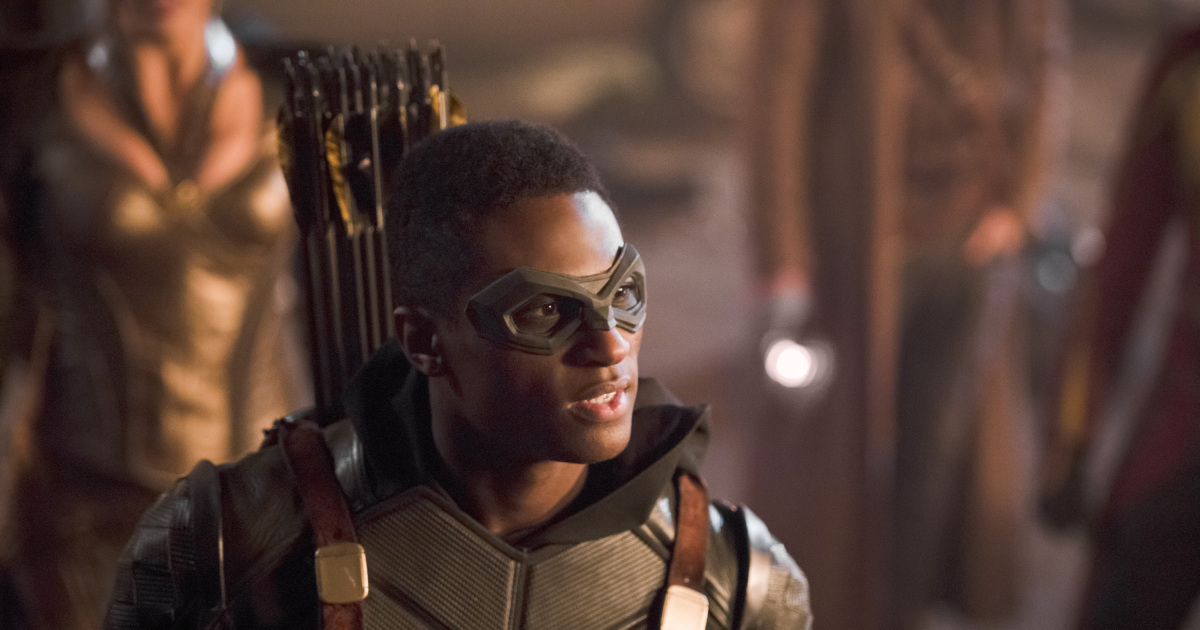 Last season, Arrow introduced flash-forwards that showed us Oliver’s children all grown and saving the world. The story was interesting for a few reasons. The biggest was that we got to see a quick snapshot of what Team Arrow had become 30 years in the future. We got a glimpse into that time period in both Arrow and The Flash, and now one of the actors who brought that time period to life is coming back full time.

Joseph-David Jones, who portrays Diggle’s adopted son Connor Hawke has been promoted to series regular. He first appeared in the Arrowverse on an episode of Legends Of Tomorrow, as the new future Green Arrow. That version of the future no longer exists. Instead, Jones is still Connor Hawke, but is an agent of Knightwatch, an organization that tries to defeat evil in the future. He could still become the next Green Arrow, but it has been officially established this is a different future than the one seen in Legends.

The 8th and final season of Arrow is only 10 episodes, though Crisis On Infinite Earths is happening too. That means that the precious time we have left will continue the future stories.

It makes you wonder if there is a spinoff in the works. When Arrow ends, Star City 2049 can continue the flashforward story. Sure, Batwoman is coming in to fill the “street level vigilante”, but I wouldn’t count it out, especially if we see Connor take up the mantle of the Green Arrow in the next 10 episodes.

With Emily Bett Rickards exiting the show as Felicity Smoak, there was a “roster spot” open for a new series regular. It is just interesting that it will be a future character. It is hard to imagine what Stephen Amell’s role will be in the next 10 episodes, as his journey took him pretty far away in the finale. But he is the star, so we will see him one way or the other.

I’m glad Jones will be on there full time. Regardless of what generation it is, the Smoaks and the Queens always need a Diggle on their side. Oliver and Felicity would be happy that their kids have John Diggle’s son on their side.