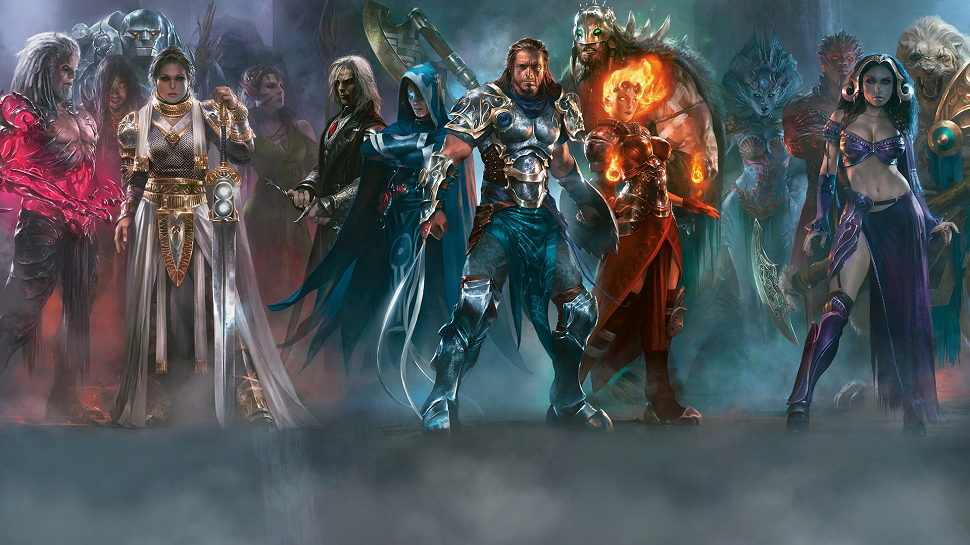 Intellectual Property is king. Netflix used to rent a lot of their IP from others. Now those others (like Disney) are developing their own streaming service and removing their IP from Netflix. So, Netflix is inventing their own IP, and are still on the look out for other properties to develop. Well they found one, with some extraordinary talent attached. Netflix announced on Twitter that they are developing an anime based off of Magic: The Gathering with Avengers: Endgame directors Joe and Anthony Russo.

Magic: The Gathering is primarily a trading card adventure game. It has been around for a while, and the Russos are excited to be involved.

“We have been huge fans and players of Magic: The Gathering for as long as it has been around, so being able to help bring these stories to life through animation is a true passion project for us.”

The series has a Game Of Thrones type vibe, with the story focusing on the world of Magic: The Gathering and its Planeswalkers, who are “Magic’s unique magic-wielding heroes and villains as they contend with stakes larger than any one world can hold.“

Octopie will be in charge of the animation, and the company’s CEO, Isaac Kraus, had this to say:

“Working with Joe and Anthony, Wizards of the Coast, and Netflix on such a universally cherished brand is a real highlight for our studio. Our goal is to not only tell a compelling story leveraging Magic: The Gathering’s incredible body of work, but to also push the medium and perception of storytelling through animation. This series will cross the genres of suspenseful thriller, horror, and drama with deeply developed characters the likes of which are not often seen in animation.”

There is no release date for the series yet, but animation takes a while, so depending on how far it already is in development, it could be more than year before we see this.

I dabbled in Magic when I was in Junior High. I spent way too much money on cards that I ended getting rid of eventually. I could have used that money on things more worthwhile, like Pokemon cards or Star Wars Lego sets. But you live and learn. I did like the inventive characters and semi-world building. The property is rich for an adaptation, so this could be exciting.

I imagine this is going to make for one heck of a topic for our anime podcast, The Amateur Otaku.