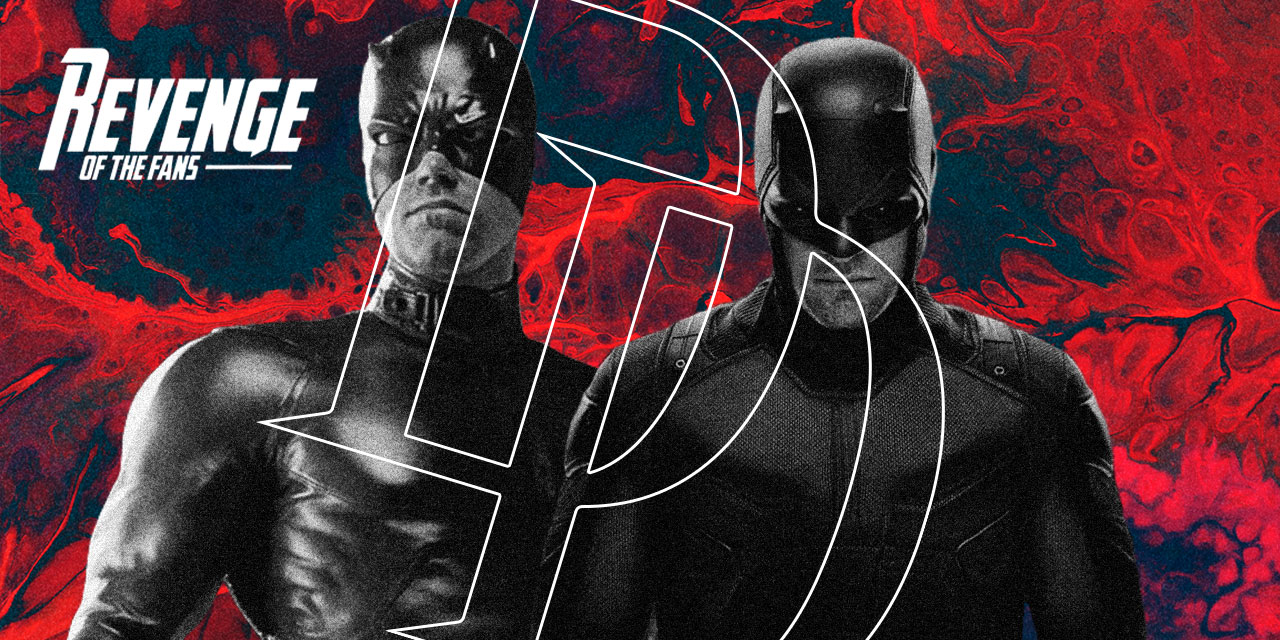 Back before Daredevil season three released, I wrote an opinion piece for WOBAM! Entertainment, a site I used to write for, where I said the Daredevil movie was better than the TV show. In the piece I said I had been unable to finish season two of Netflix’s adaptation of the Marvel comic. I found it boring, uninteresting, and I thought the main character hadn’t been developed enough. The movie I found interesting, despite the plot being terrible. I thought Jennifer Gardner and Ben Affleck did absolutely amazing with what they had.

Despite the absolute conversational style of the post, what I said was absolutely true. I don’t enjoy the first and second seasons of Daredevil. But I was convinced to give the show another shot, and watch it all the way through by some of my friends, and while it took me a while, I made it through, and I’ve reevaluated some of my thoughts.

Karen Page is not a drag. In fact, Karen and her backstory are by far one of the most unique elements used on any superhero TV show you’ll find. Her story follows one almost similar to Matt’s but at certain points they vary because the characters chose different solutions, but then they converge back together again. Sure their circumstances were different, but it’s almost as if she and Matt found the same tribulations at different ages. I’m sorry I ever doubted her.

Daredevil‘s best season is its third. It strikes a perfect balance between the characters and presents a better Matt Murdock than seen previously. While I still found seasons one and two hard to get through, I did watch them with more of a careful eye. There is still much too focus on side characters, and I still have an issue with Foggy in the first two seasons. The Punisher is the best part of season two, presenting a unique villain, and Jon Bernthal is just everything. But Bullseye? Bullseye is terrifying. Absolutely. I wish we could have seen more of him with a fourth season.

Gardner is the best Elektra. I can’t stand the TV show’s Elektra. Élodie Yung does fairly well with what she has, but ultimately I just prefer the movie version. Personal preference, if you enjoy the TV show version, great. But the movie Elektra just presents more personality to me. I still struggle with Charlie Cox’s version of Daredevil, but once I got into season three I absolutely love him. I was on the edge of my seat with the third season, and most of that was Cox’s presence in the scene. He absolutely rocked it.

So to wrap it up, each one of these adaptations is unique. The showrunners of the TV show and the director of the movie all envisioned something different when it comes to our blind hero. The TV show however, now wins in the Better Adaptation category for me. There are still some things I wish the show had, but it really stepped into its own in the third season. It went “back to basics” to take a quote from Brandon Alvarado’s review of the third season. It’s one of my now top five seasons of superhero television as a matter of fact.

I still enjoy the movie, though.

What about you? Where do you stand on the Daredevil movie versus TV show? Let us know in the comments below! We want to hear your thoughts.

[Thanks, Josh LeGuern, for the epic featured image! You guys should go see the fun he’s having on our Instagram!]

Previous post Robert Pattinson Is Batman, And I Whiffed On Armie Hammer