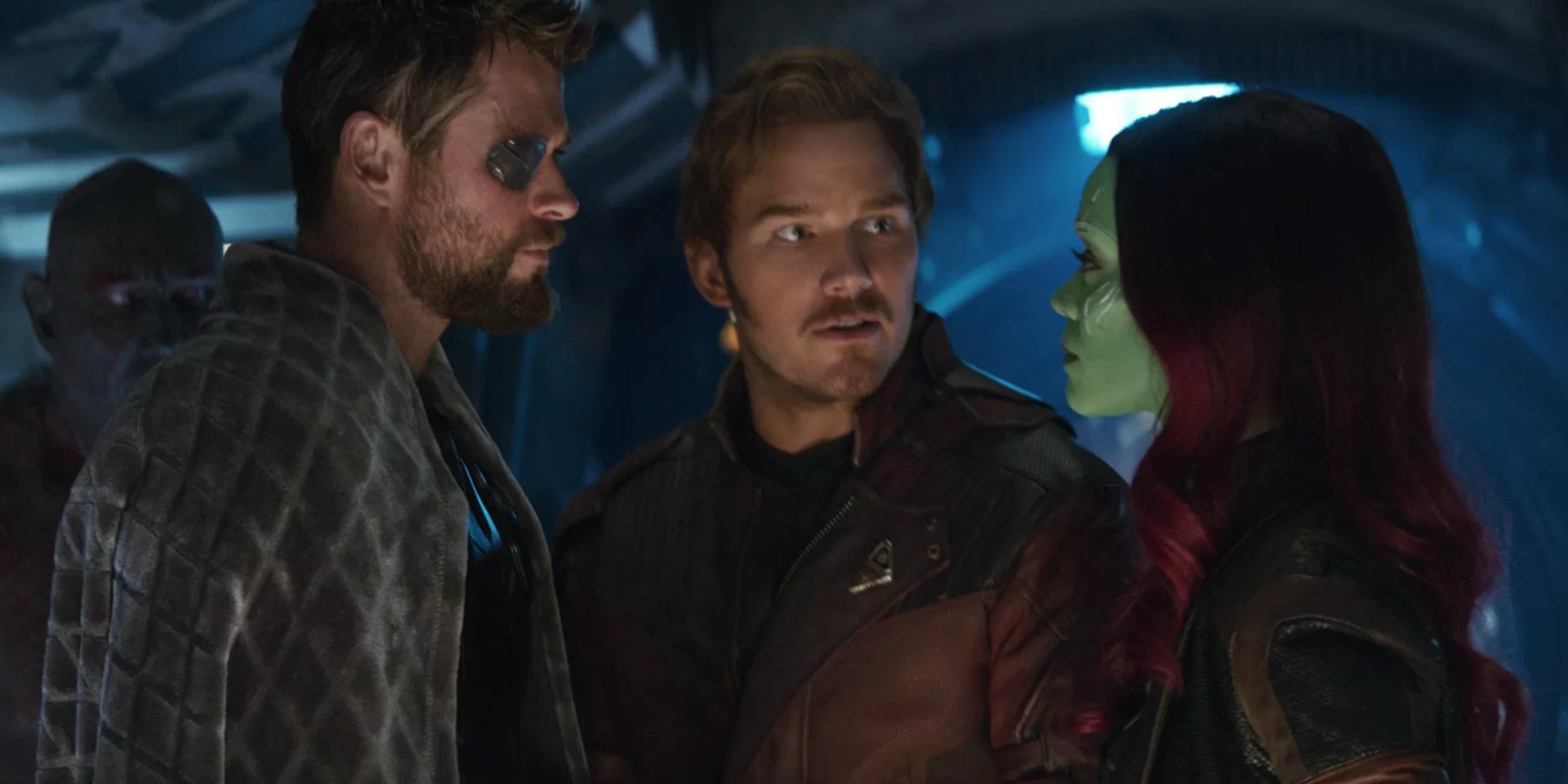 Thor survived the events of Avengers: Endgame and took off with the Guardians of the Galaxy, after making Valkyrie Queen of New Asgard. It set up a great moment/joke at the end with Thor and Star Lord vying for leadership, but it also had the potential to be something more.

Could Chris Hemsworth appear in Guardians of the Galaxy Vol. 3? The actor sat down with Eric Eisenberg of CinemaBlend, and discussed that with one of the OG Avengers. Hemsworth says he hasn’t talked to Guardians director James Gunn, but would definitely be up for it.

“I’d play that character again. I love it so much – especially if there’s something unique to do again with it. I felt like the last three films were very, very different each time. It really felt like a totally different character. And I don’t even know when or if they’re shooting [Guardians of the Galaxy 3]. After the Avengers press tour I kind of went and buried my head in the sand.”

Scheduling could be an issue, as Hemsworth is a very busy person now. But if he can find time between all the projects he has lined up, he’d love to do Asgardians Of The Galaxy.

“I’ll work with any of those guys. Asgardians Of The Galaxy. That’s actually great. You might’ve just got me my next job. Thank you, man.”

To me, that sounds like Hemsworth forgot about that line from Endgame and thought Eric came up with it. Regardless, it is good that Hemsworth thinks it is a good idea. The thing is, Marvel thought it was a good idea too, that is why they made a comic book of it in 2018.

Of course, this is a different team than what we would see in the MCU if it ever were to happen, but the idea is out there. I’m not sure if a Guardians movie with Thor would work, to be honest. He would overshadow the thing. I could see a quick cameo where they dropped him off somewhere at the beginning of the film, but to have him, his lightning, and his powerful axe at their disposal would mean the villain would have to be quite powerful too. Then that lends to the issue of them needing Thor, and then it becomes a Thor movie featuring the Guardians. So while I am all for the team up, it should be separate from Guardians Of The Galaxy Vol 3. But what do I know?

This, and more, was discussed when our Editor-in-Chief put together a massive Revenger Roundtable for Avengers: Endgame. If you’d like to hear what our crew thought of the potential for Thor in the third Guardians film, and much more, I suggest you check out that episode of The Revengers Podcast right HERE!

0
InAsgardians of The Galaxy, Chris Hemsworth, Guardians of the Galaxy Vol.3, Thor

Next post RUMOR: Is Taika Waititi Filming AKIRA This Summer?