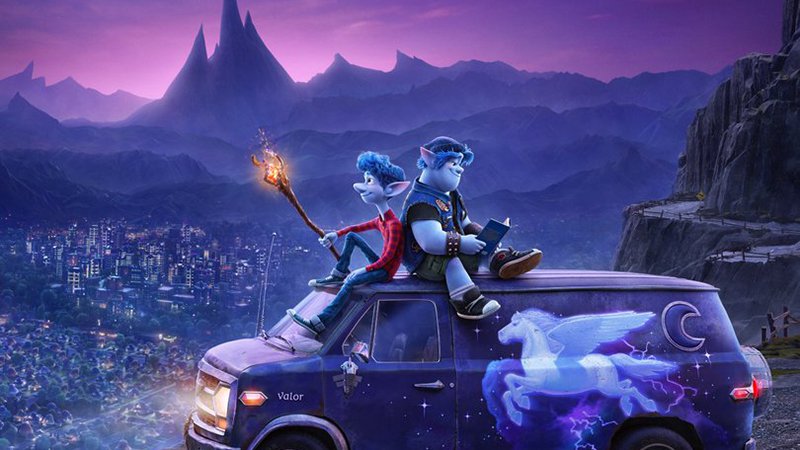 We are on the cusp of a new era of Pixar films. The studio has already confirmed that they plan to focus on original films after Toy Story 4 arrives in theaters later this summer after spending a large chunk of this decade making prequels and sequels to previous classics. The first real look at the studio’s new direction will come next year with the fantasy comedy titled Onward (written and directed by Monsters University‘s Dan Scanlon), which stars Marvel Cinematic Universe stars Tom Holland (Spider-Man: Homecoming) and Chris Pratt (Guardians of the Galaxy) as a pair of teenage elf brothers named Ian and Barley Lightfoot. The duo depart in an old van named Guinevere on a quest to “discover if there is still a little magic left in the world.”

Pixar just released the first teaser trailer for the film! Watch it below!

The trailer shows a fair bit of promise, but I worry it focused a little too much on the gag variations of the concept of “What if fantasy creatures lived in a modern suburb with no magic?” It’s a set up that can work, but when you have two of the funniest members of the MCU voicing your leading duo, I would hope that the comedy has more range and comes more from the dynamic of the two brothers. Then again, this is just the teaser trailer for Onward and the film doesn’t arrive in theaters until next March.

In an sneak peek article from SlashFilm, Scanlon described Holland’s Ian as having a “shy quality and someone who is good at being a little awkward. Tom is great at that! And yet has a genuine sweetness to him that you really root for him.” Meanwhile Pratt’s Barley is “wild and chaotic and out of control, but in a very charming and infectious way.”

I don’t know what to expect yet, but consider me intrigued for now!

Next post Robert Pattinson Is Batman, And I Whiffed On Armie Hammer