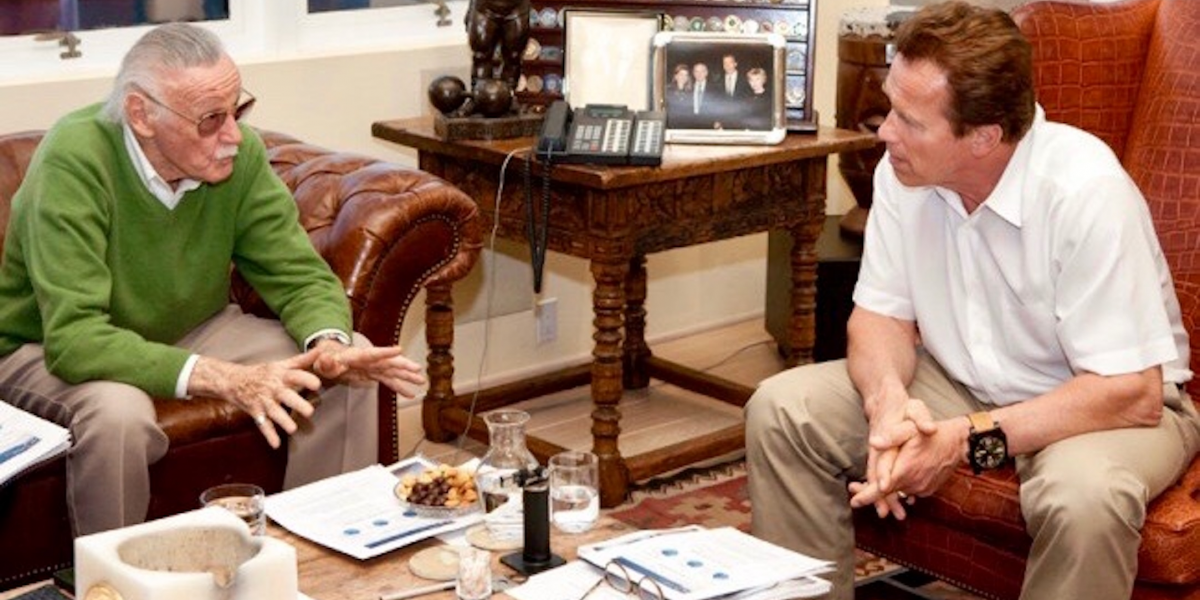 Last year we lost a titan in pop culture history. Stan Lee – the legendary creator of many of Marvel’s best superheroes – passed away. But he worked until the very the end, developing all sorts of different properties. One of them was Stan Lee’s Superhero Kindergarten. Arnold Schwarzenegger will star in the animated show, playing the teacher to a bunch of kindergarten students.

Those are good lessons for any kids to learn. Genius Brands CEO Andy Hayward, who is bringing the show to life, had a fun surprise that is sure to delight everyone who watches:

“Stan loved and admired Arnold as not just an actor, but a true hero in so many ways and always envisioned Arnold for this role. What will be particularly unique about this series is that there will be an animated cameo of Stan Lee appearing in each and every episode. Just as his millions of fans look forward to seeing him appear in each Marvel film, they will look forward to his presence in each episode of this cartoon.”

The King Of The Cameos will keep adding to his repertoire posthumously. Lee and Schwarzenegger had a great relationship, and always wanted to work with each other. Schwarzenegger confirmed that he would discuss having a Marvel role with Lee. This is the best of both words. Schwarzenegger gets to play in a world he is familiar with, and he gets to be part of Stan Lee’s legacy at the same time.

No word on when or where Stan Lee’s Superhero Kindergarten will air yet.