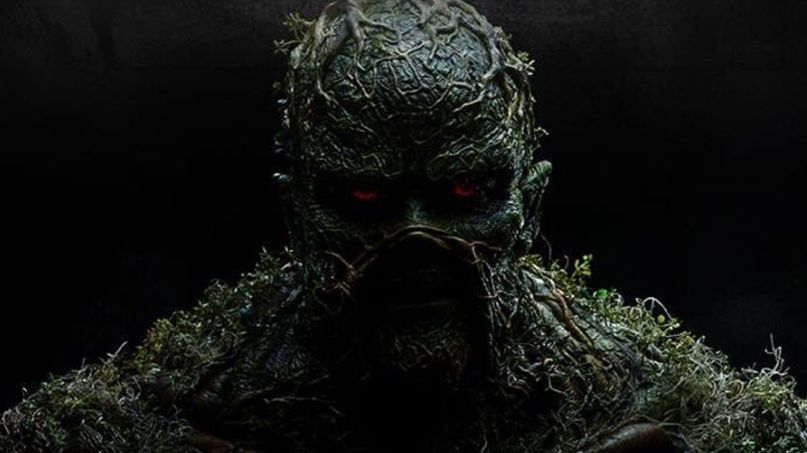 There has been a fair bit of drama and excitement following the lead up to DC Universe’s latest series Swamp Thing over the past few months. Just prior to the release of the initial teaser trailer in mid-April, it was reported that the studio had pulled the plug on production for the last few episodes of the season in Wilmington, North Carolina and that audiences would instead receive a shortened first season for the upcoming James Wan-produced horror show. A few weeks after, another trailer was released and the show looks quite promising! With the pilot episode set to premiere on the streaming service this Friday, DC have released one final trailer for Swamp Thing!

Make no mistake about that DC Comics logo on the top left corner. Swamp Thing is a horror show. The new trailer makes this abundantly clear as it opens with the chilling depiction of a horrifying new plague breaking out in the small town of Houma, Louisana. Enter Crystal Reed’s Abby Arcane, a CDC doctor called in from abroad to return to her hometown and try to find the source and cure of this new disease. After a scientist named Alec Holland is murdered in some sort of coverup, a strange creature appears in the swamp and the individual likely behind the outbreak wants it for himself.

The footage shown here is top notch! Oddly enough, the first thing that comes to my mind is John Carpenter’s 1982 horror masterwork The Thing. The early scene where Arcane and her team discover a corpse that appears to be morphing into some sort of massive plant bears the same sort of graphic body horror that Carpenter utilized to great effect throughout that film. Better still, it appears that most of these sights are done via practical effects, which help sell the authenticity of the virus running amok in the town of Houma.