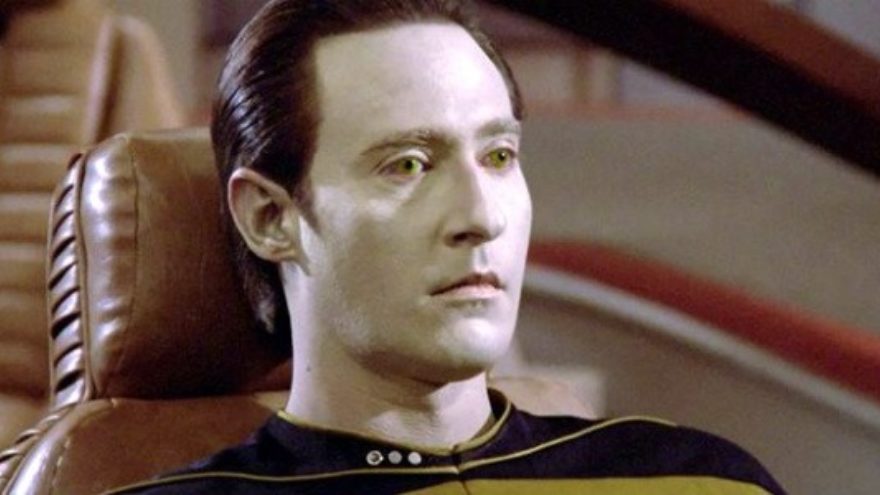 Earlier this year it was announced that Brent Spiner would play the President on this season of Supergirl. Due to some personal matters, that ended up not happening, and Bruce Boxleitner took the role instead. But fret not, Spiner will be back on TV soon, in a role much better suited for him.

I can exclusively reveal that Spiner will be a guest star on Star Trek: Picard on CBS All Access. Spiner played Lt. Commander Data on The Next Generation with Patrick Stewart. He even made a cameo in the series finale of Star Trek: Enterprise, though that was just a voice role, since he felt like he “aged out” of the appearance of Data, especially because Enterprise was a prequel hundreds of years before The Original Series even took place.

It is curious who he will exactly be playing. The assumption is that he is just an older Data. That could definitely be the case, but it could be a number of other things.

It could very well be recordings of Data from the past, using some CGI de-aging work. It could be vision/dream sequences so he doesn’t have to look exactly as he did. Of course, as a synthetic lifeform, they could take the Terminator route, and have it be that they figured out a way to age them like humans, or that he is another of the same model.

It is possible that he is playing a completely different character as well, but that is doubtful. To bring Spiner back would have to be to see Data again in some shape or form. It could be anything.

Up until now, it was unknown as to whether any other cast members from The Next Generation would show up in this new phase of Picard’s life. Now that Spiner will appear, it leaves the door open for others to do the same. Data returning makes a ton of sense though, as him and Picard formed a very close friendship throughout the series.

Another TNG alum is returning too, but off screen. Jonathan Frakes, who played Riker, has become a prolific director, and has confirmed that he will direct the second block of Picard episodes. So it will be something of a TNG reunion off screen as well.

Bigger Star Trek fans than me could probably find better and more creative ways to stage Spiner’s return. But just the fact that he is returning is exciting.

Star Trek: Picard is set to air late 2019 on CBS All Access.

Previous post The Final Trailer For DC Universe’s SWAMP THING Series Is Out!

Next post IT’S NOT A RUMOR! Arnold Schwarzenegger To Star In Stan Lee Animated Show