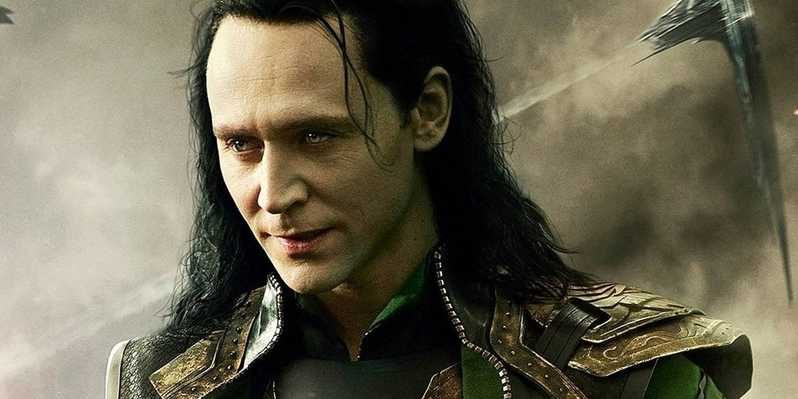 There is a lot of unfair criticism surrounding the Marvel Cinematic Universe, which is a factory that just produces joy three times a year. However, there are valid criticisms to be had there, and one of them is the universe’s villains. The Marvel Cinematic Universe has a villain problem, no doubt about it. It has gotten slightly better recently, but early on, it wasn’t great.

They needed a big villain for their culmination of their movies for 2012’s The Avengers. Marvel knew it, and that was the mandate they gave Zack Stentz, Ashley Miller and Don Payne when writing Thor. Marvel wanted a villain akin to the one they had in their X-Men universe: Magneto.

Talking to our very own MFR on The Fanboy Podcast, Stentz relayed how they approaced Loki:

“It’s a complicated issue because we had a very clear mandate when we were writing Thor. They already knew that they were building towards The Avengers and they already had the notion that Loki was going to be the villain. They knew that their villains thus far in the MCU had been a bit underwhelming, and one of the executives literally said, ‘Look, if you fail at everything else, give us a villain as good as Magneto in Loki.’ We need someone at that level because that’s going to be our villain for The Avengers.“

Magneto was great because of the actors involved in portraying him: Ian McKellan and Michael Fassbender. Even when the scripts didn’t give them much to do, they brought a gravitas to the role that made him formidable. It is the same with Loki. Tom Hiddleston was perfectly cast, and he was able to do a lot with the role. Thor: The Dark World was even rewritten to include more of Loki after his popularity skyrocketed. Marvel even took it a step further – they killed Loki in Avengers: Infinity War, only to announce his own Disney+ series a bit later. People who have seen Avengers: Endgame will know precisely how a Loki show would work.

To bring the connection even further, there was a world where Magneto was going to get his own spinoff after Wolverine. It would have been the second in the X-Men Origins series. After the Wolverine one failed to live up to expectations, those plans were scrapped and First Class was developed (with Stentz as a writer on that as well) that featured the origin of a young Magneto.

So the parallels are there, even though one is a Holocaust survivor who manipulates metal, and the other one is a mischievous demi-god.

With the X-Men under the same banner now, it is possible (however unlikely) that Loki and Magneto could meet on screen. In the mean time, we can see the Fassbender version on screen one last time in X-Men: Dark Phoenix, which arrives soon.

If you haven’t heard Episode 97 of The Fanboy Podcast, featuring Mr. Stentz, I strongly recommend it. He elaborates on the creation of the first Thor film, and reveals the things he pushed to implement into the film that Marvel Studios was initially reluctant to (but would’ve ended up kicking themselves if they hadn’t).

You can listen to- or watch– the episode RIGHT HERE.

Next post Writer Updates Us On That BIG TROUBLE IN LITTLE CHINA Remake (Or Is It A Sequel?) With Dwayne Johnson