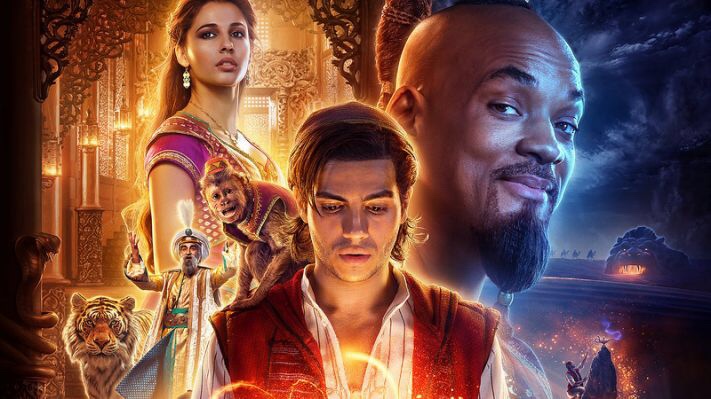 Not surprisingly Disney’s Aladdin, a live-action remake of the classic nineties toon, won the weekend with $112.7 million. The flick had critics split with it only getting a 58% approval rating on Rotten Tomatoes, but families gave it a solid A Cinemascore, so word of mouth will be good and should carry Aladdin to a most bountiful box office treasure.

Avengers: Endgame fell one spot to number three with $22.3 million. It’s domestic total is now at $803.6 million. Internationally Endgame is $2.68 billion. It’s needs about $100 million more to beat Avatar’s worldwide record of $2.78 billion, and I think it will. If we all get off our butts and go see it again! My daughter and I are going this week for the third time, and we’re taking some family members with us. Are you doing your part?

Pokémon Detective Pikachu dropped a spot to number four with $17.2 million. The domestic total is at $120 million.

Here’s the full top ten for the four day weekend: