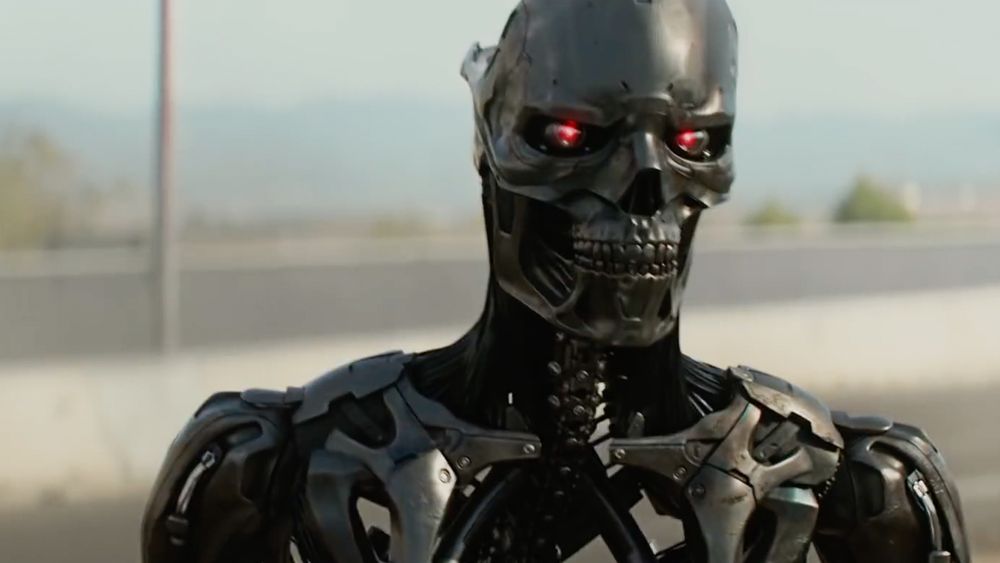 After months of waiting, yesterday fans finally got the first trailer for Tim Miller’s upcoming Terminator: Dark Fate, which has had a fair amount of hype and anticipation behind it due to the return of franchise creator James Cameron as the film’s producer and Linda Hamilton finally reprising her role as Sarah Connor for the first time since T2: Judgement Day in the early 1990’s. Naturally longtime star Arnold Schwarzenegger is also back, but joining the veterans will be newcomers such as Mackenzie Davis, Natalia Reyes and Gabriel Luna. To further energize excitement from audiences, Paramount Pictures has also released a new behind-the-scenes featurette to go alongside the trailer.

Watch the new featurette below!

“Terminator: Dark Fate is the direct sequel to Terminator 2,” Cameron declares in the video’s opening, showcasing behind-the-scenes footage of the crew filming the big airplane sequence that caps off the climax of the trailer. “We pick up the characters that we knew from Terminator 2 and we carry them forward.”

“We get to continue the story with Jim back in the writing and producing chair. He knows the material like nobody else,” adds Miller. “I think for fans of the franchise, the biggest thing is that Linda’s returning.”

And really, that is the big draw for Terminator: Dark Fate. For the first time in almost thirty years, Hamilton is back as Sarah Connor and the team behind this film is quite vocal and excited about it in the featurette. Everyone is speaking in the same tones of reverence that were given to Mark Hamill, Harrison Ford and the late Carrie Fisher when they returned for Star Wars: The Force Awakens back in 2015. As well they should. Hamilton says, “Being back is wonderful. Sarah is a force to be reckoned with and I was ready to explore that.”

What did you think of the featurette and trailer? Be sure to share your thoughts below!