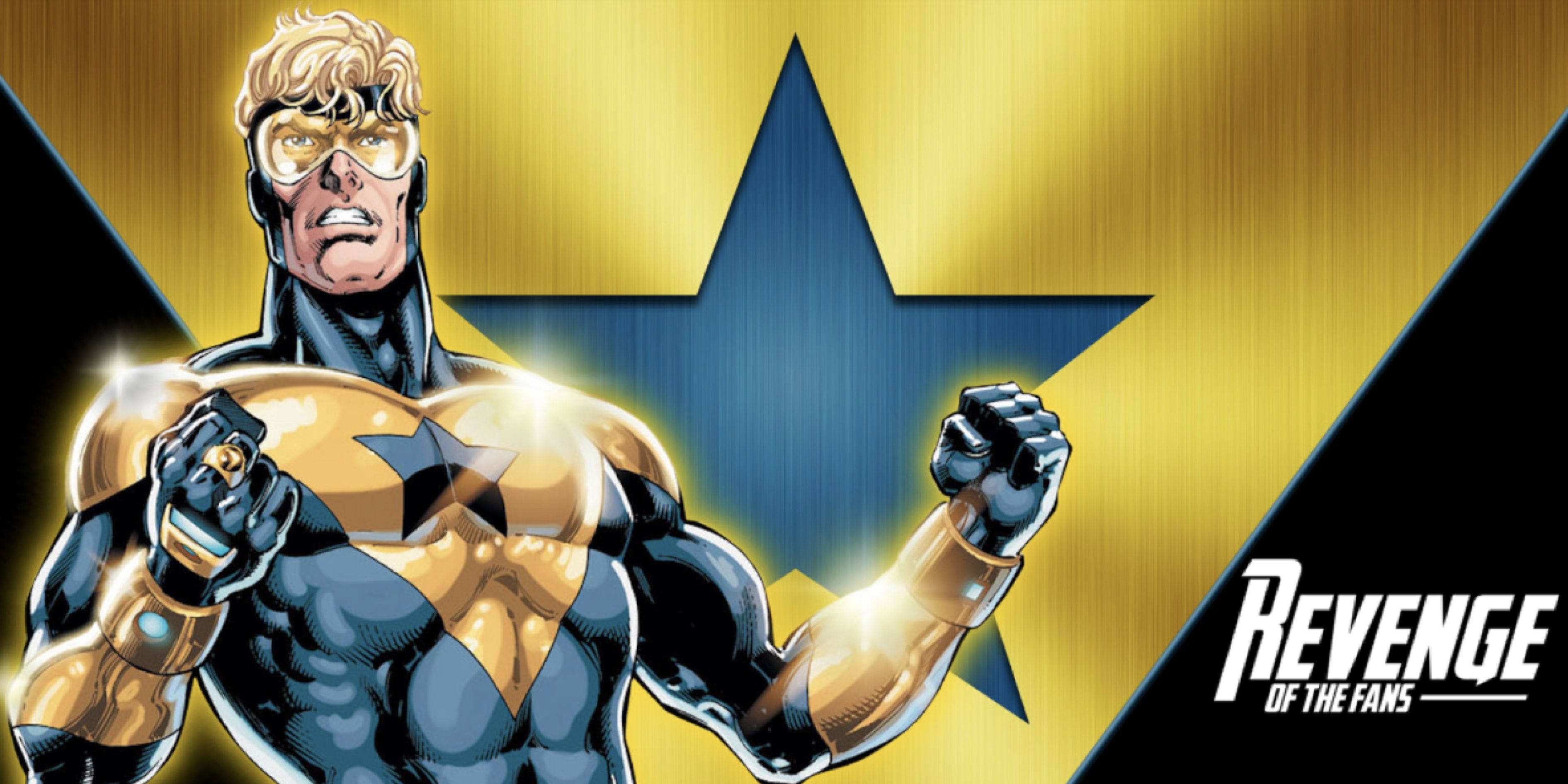 For this week’s episode of The Fanboy Podcast, I had the pleasure of interviewing the phenomenal Zack Stentz. The writer, whose credits include X-Men: First Class, Kenneth Branagh’s Thor, and some of the very best episodes of The CW’s The Flash, is my special guest for Episode 97 of the show that gave birth to Revenge of The Fans, and I covered as much ground with him as I could while he’s out promoting his latest film, Rim of The World. That included asking him about his Worlds of DC project, Booster Gold!

As you can see from his credits, Stentz has an extensive background in major franchises with lots of moving parts, and I was excited to see what he had to offer up about the Booster Gold movie he’s been attached to for the last three years- which is being spearheaded by the Arrowverse’s chief architect, Greg Berlanti.

We haven’t heard much about this Worlds of DC project in a while, so I asked him for an update. Here’s what he told me:

“I do not know what’s going on with it right now, honestly. And I don’t know if the DC people know what’s going on with it. Their strategy seems to change depending on how […] most recent movie did. But I can tell you that a script has been turned in that the director and producer, Greg Berlanti, has proclaimed himself to be very happy with. And it’s something that’s ready to go, but DC and Warner Bros. would need to give the greenlight to it. The ball is in their court.”

Also on the docket for Episode 97 of The Fanboy Podcast, which arrives tomorrow, is the status of Big Trouble in Little China– which Stentz also submitted a script for- and his dream Superman project.

Be sure to subscribe to the show to check out everything Stentz had to say in our near 30-minute conversation- which is filled with gems about how Marvel’s Phase One came together, how involved Disney and Kevin Feige were with the Thor script, the end of the X-Men franchise that Stentz helped relaunch with First Class (and how that project even came to be), and plenty more.

What do we think about this Booster Gold update? It’s great to know that it’s “ready to go” and that the director is “happy with” the script, but are you hoping Warner Bros. flips the switch and gets this project going? Or are you okay waiting a little longer to see the Dan Jurgens-created character on the big screen?

And if you haven’t yet checked out Episode 96- which continues to draw raves- then here’s the YouTube version of “Batman Confusion, The Joker Script, Bloggers Suck And Toxic Fandom Does, Too” for you:

Next post Robert Pattinson Is Keeping Mum About THE BATMAN Casting