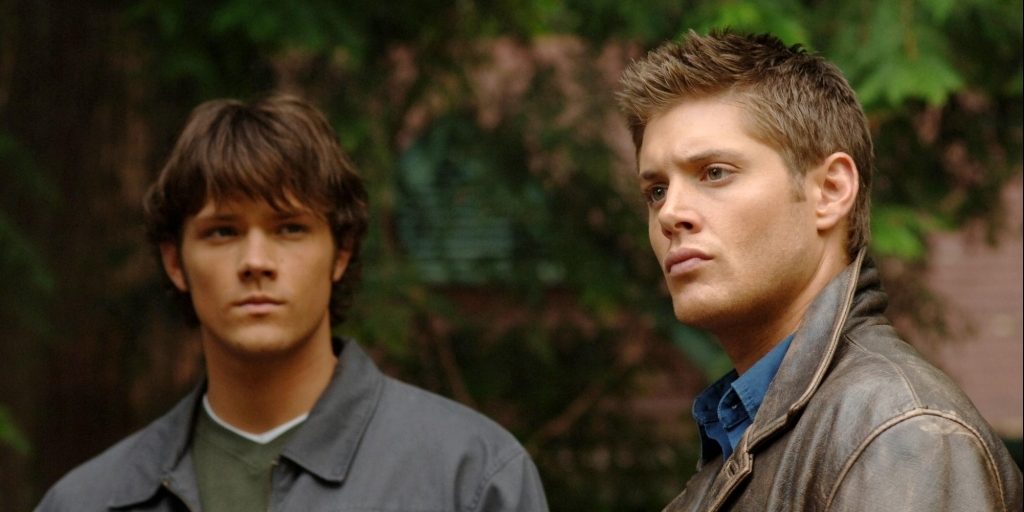 [Disclaimer, there are spoilers for Supernatural season 1 below. I have seen most of the seasons, so I will be talking about how this season sets up future seasons as well.]

Supernatural season 1 revolves all around Dean Winchester (Jensen Ackles) and Sam Winchester (Jared Padalecki) trying to find their father, John Winchester (Jeffery Dean Morgan) after he’s gone missing. John has found the trail of a demon who killed his wife, Mary Winchester (Samantha Smith), over 20 years prior, when Sam was just a baby. The brother pair fight different monsters every episode, making it a mostly anthology-type show, with the overlying plot being them trying to hunt their father down. The brothers are originally separated at the beginning of the show, with Sam in college, and Dean following in his father’s footsteps. Sam joins Dean initially for one hunt, but then joins him on the road after finding his girlfriend Jessica Moore (Adrianne Palicki) murdered in the same way his mother was. A hunt in this show is defined as taking down a supernatural being that is killing humans or other supernatural beings.

There’s not too much to plot this season. The episodes all have Sam and Dean hunting spirits that have attached themselves to different local legends. There is an overarching concern for finding their father, but that part does not come to fruition until the closing episodes of the season. This leaves most of the first 15 episodes or so feeling like filler. The demon Azazel (Fredric Lehne) was the one who killed Mary and Jessica, and John has found the weapon that can kill that demon. When Sam and Dean reunite with John they start tracking down the weapon, and that’s when the story starts to pick up. Sam and Dean spent months trying to track down their father, and get him to talk to them. The plot line with John involved seems to happen over two or three weeks.

There is a real connection with Padalecki and Ackles, you can feel the familial bond they create. There’s teasing, pranks, and fighting. But they always come back to each other and that’s the highlight of this show. The brotherly love and bond they share, it’s why the show has succeeded for as long as it has, and why spin-offs have failed. People love seeing Ackles and Padalecki, and no one has been able to recreate their magic. Dean is my personal highlight of the show, he speaks to me being the big sister I am. I’ve always strived to protect my younger siblings like he protects Sam.

While the anthological part of the show can feel annoying, it does provide a great introduction to the show’s basic elements, and it sets up plot lines down the road. There’s one episode with a shapeshifter involved that sets Dean up as a murderer and his name is never cleared. This was set up specifically by the show runner Eric Kripke because he thought it could provide an interesting twist later on in Season 2, as typically in such cases the set up person’s name gets cleared. It’s irregular, but it works so well within the context of the show.

Overall, Season 1 isn’t bad for a show like this. It gets better, way better. The show has some overall supernatural elements, and it feels very mythological the way they go about hunting the supernatural beings.

Big Bad of the Season: Azazel

Number of Times Impala Was Destroyed: 1

I’m going to be hitting all of the seasons for a review this summer in preparation for Supernatural‘s final season! There might be an editorial here or there or a favorite characters list as well, so stay tuned as we hit the road to the final season of Supernatural in our Impala, here at Revenge of the Fans.

Next post Lucasfilm Is Reportedly Making A STARS WARS: KNIGHTS OF THE OLD REPUBLIC Film!