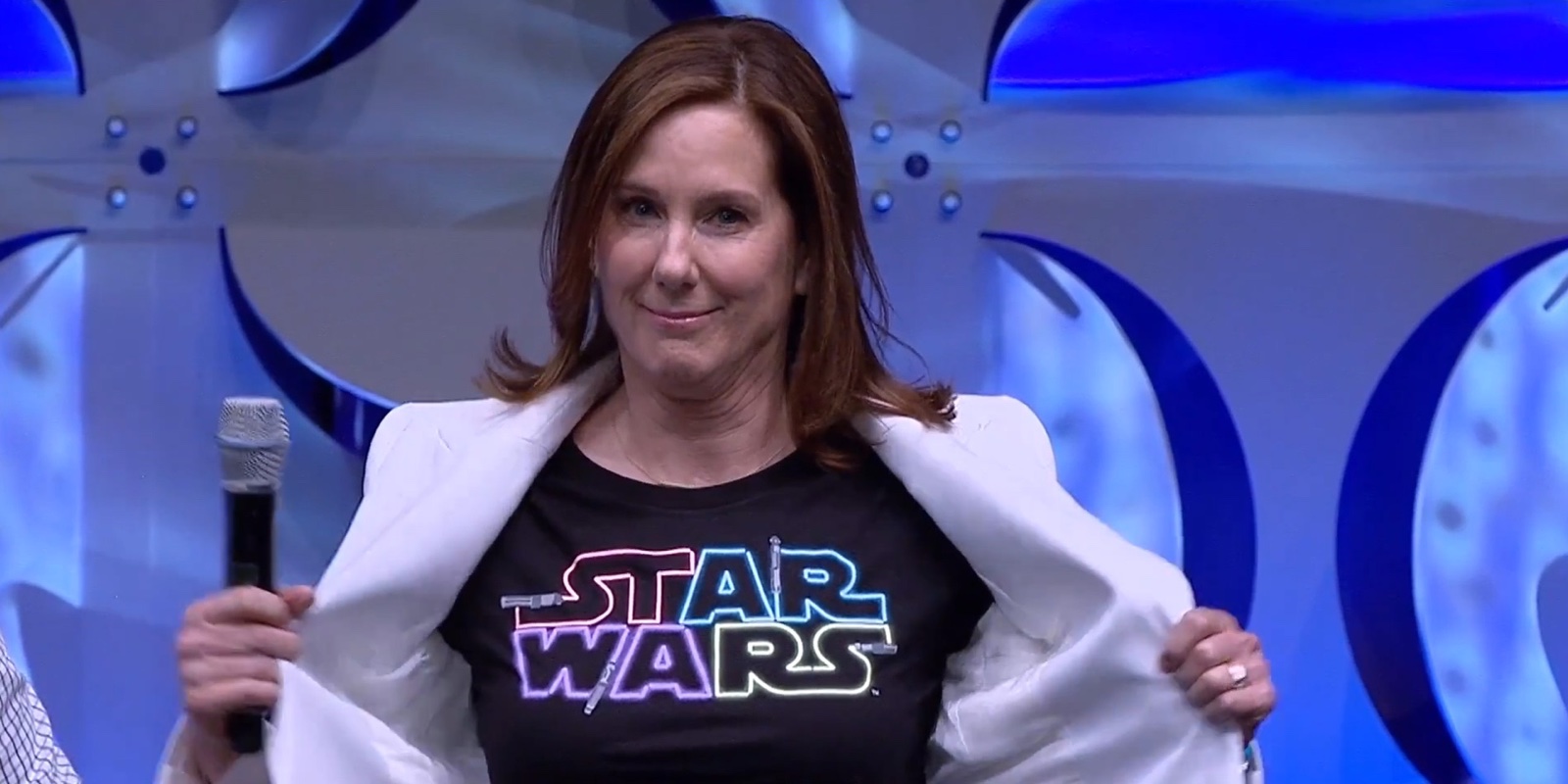 The entertainment landscape is much different now then when A New Hope landed in theaters in 1977. It is even much different than when the prequels debuted in 1999. So the future of Star Wars is not as clean cut as it would be if they were ending the saga in a different time period. While The Rise Of Skywalker will be the definitive end to the Skywalker sage, we will get more stories in that world. How and when we get them is the real question.

Lucasfilm President Kathleen Kennedy talked to Vanity Fair, during their huge spread on The Rise Of Skywalker. Her comments shed some light on how Disney may be approaching the franchise in the future:

“I think there is a larger expectation that Disney has. On the other hand, though, I think that Disney is very respectful of what this is, and right from the beginning we talked about the fragility of this form of storytelling. Because it’s something that means so much to fans that you can’t turn this into some kind of factory approach. You can’t even do what Marvel does, necessarily, where you pick characters and build new franchises around those characters. This needs to evolve differently.”

That Marvel comparison is interesting, because it possibly implies that they thought they could go the Marvel route at some point, and that Solo: A Star Wars Story may have been an attempt to- as she put it- pick a new character and build a new franchise around them. That attempt to sort of ape the Marvel model didn’t really work out at the box office.

Marvel churns out three movies a year now, and the formula works for them. It doesn’t cheapen or water down the brand, it just gets more expansive. Star Wars is a different beast, and they seem to be fully embracing that now. It’s evident by the break after The Rise Of Skywalker. We have had a Star Wars movie every year since 2015. After this, we won’t have another one until 2022, which will be a new trilogy from Game Of Thrones showrunners Benioff and Weiss. Those movies will alternate release years with the Avatar movies. It doesn’t mean there won’t be any spinoffs. It just means they won’t be as common as one would think.

Though Kennedy said they won’t follow the Marvel formula, she also used the qualifier “necessarily”. In a previous interview with MTV News during Celebration in Chicago, she mentioned that it is entirely possible we can see Rey, Finn, and Poe again in another adventure if there is a story.

“But there’s no question that there’s certain characters that we’ve created, certainly in the last three movies, that we may very well wanna see down the line in the future.”

So while they won’t churn a movie out every year just to have something in the lexicon, it is entirely possible we can get Poe: A Star Wars Story down the line, even if it’s catching up with the character 10 years from now or something like that.

Of course, there is also the matter of Disney+. Lucasfilm is developing stories for the streaming platform as well. There is The Mandalorian coming in November, and a Cassian Andor show on the way as well. There are also plans for a third series, rumored to be an Obi-Wan Kenobi miniseries. So stories can be told that way as well. Instead of a big budget theatrical release, they can tell a story in a slightly longer (and slightly cheaper) form on there. This opens the door for all kinds of interesting stories from some weird corners of the Star Wars universe that would stay unexplored in a visual medium otherwise.

Spinoffs will happen. They may be more like Rogue One, with a brand new ensemble, rather than Solo: A Star Wars Story that focuses on a familiar character, but that is still not out of the question. It just sounds like Lucasfilm will make Star Wars an event in the future, rather than a yearly tradition as it has been in recent history. The brand isn’t going away anytime soon. That’s for sure. Disney didn’t pay 4 billion dollars to make 5 things from 2015-2019 and then stop.