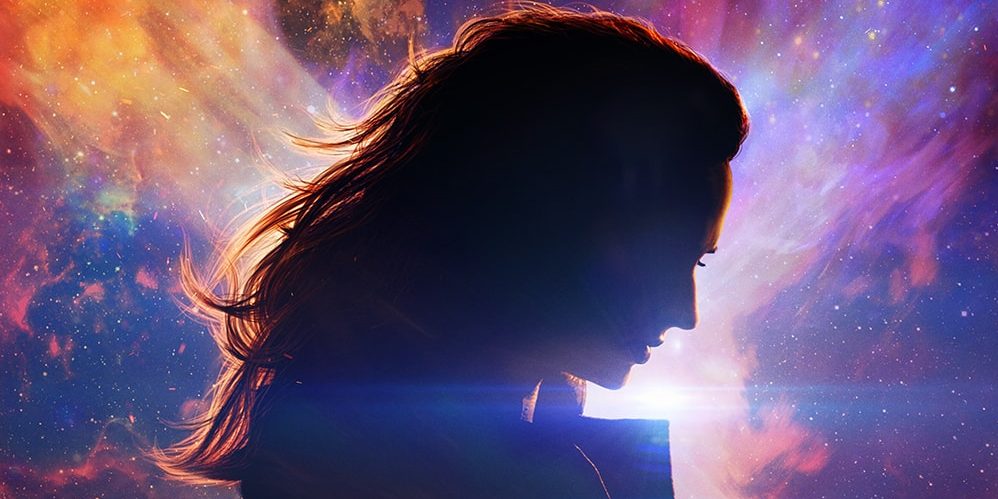 Dark Phoenix is a hard movie to market.

And I say this as a staunch defender and supporter of Fox’s X-Men films. I’ll never understand the gleeful vitriol heaped onto this franchise as it looks to conclude its near 20 year run.

But even I have to admit that when it comes to getting people excited about Dark Phoenix, it’s a bit of an uphill battle.

I. IT’S A LAME DUCK SEQUEL

Most serious fans know this is the end, and that anything that happens here is unlikely to have any impact on the way Marvel Studios reintroduces these characters as members of the Marvel Cinematic Universe.

And for general audiences, who just watched Avengers: Endgame with enough enthusiasm to make it an all-time box office champion, Dark Phoenix‘s trailers lack that “CAN’T-MISS THIS!” glow that most event films need to have.

That makes it very hard to sell the importance of the story, especially since its stars are primarily fresh faces. Which leads us to reason #2 that this movie is a tough sell…

II. IT’S THE END OF AN ERA…WITHOUT THAT ERA’S STARS:

With Dark Phoenix, the studio would probably love to lean on the legacy of the franchise and convey that this is the emotional climax of everything we’ve seen since 2000. But there’s a problem in that this movie doesn’t contain any of the series’ most notable stars, like Hugh Jackman, Patrick Stewart, or Ian McKellen, and the most significant arc of the series (Wolverine’s) was gracefully concluded in 2016’s Logan.

When you’re trying to sell the importance of a franchise’s final act, it’s pivotal to your messaging that you can reference the things that brought us there.

Take this trailer for Avengers: Endgame, for example:

With Endgame, Marvel Studios wanted to stress the importance of finality; The idea that everything has led to this, and that this is the end of an entire saga. This trailer is effective precisely because it can reference its history in a way that deepens the importance of its conclusion.

Dark Phoenix doesn’t have that luxury. Because it wasn’t conceived as an ending- despite some lip service to the contrary.

Which is why we need to cut them some slack, too.

In many ways, Simon Kinberg and Fox are just trying to make the most out of the fact that Disney bought them out while this film was in production, and it hastily turned into an ending rather than a springboard.

In contrast to that well-executed Endgame trailer, Fox has released things like this:

It’s a wonderful look back, and it gives fans of the series such as myself a reason to go see this new movie. But so much of its potential power is sapped by the fact that the story of Dark Phoenix won’t really serve as a payoff to any of what’s come before.

It’s merely the next step in the character progression of a new Jean Grey we only just met one bore of a movie ago.

And surrounding her are three other total newbies we haven’t bonded with yet: Tye Sheridan’s Cyclops, Alexandra Shipp’s Storm, and Kodi Smit-McPhee’s Nightcrawler.

Lastly, we have Charles and Xavier- both embodied wonderfully by James McAvoy and Michael Fassbender- involved, yet their relationship doesn’t seem to factor into Dark Phoenix at all. The incredible dynamic and history between these two characters hasn’t been emphasized in the trailers for the film.

So even having McAvoy and Fassbender in there doesn’t help make this team of X-Men seem particularly relevant to the current pop culture landscape.

But you know who does?

And her casting may have inadvertently become Dark Phoenix‘s saving grace.

Back in 2017, the actress seemingly accepted the fact that it’s her worldwide popularity that made her a hot commodity for the X-Men franchise- pointing out that she got the role of Jean Grey over a more qualified actress because of her social media followers:

“I auditioned for a project and it was between me and another girl who is a far better actress than I am, far better, but I had the followers, so I got the job. It’s not right, but it is part of the movie industry now.”

In that interview with Porter magazine (via The Telegraph), she also said:

“A lot of what I have achieved is about timing and luck, but it is also, and I hate to say it, about a big social-media following.”

On the subject of “timing and luck,” the decision to hire Turner to play Jean Grey has probably never looked as divinely fortunate as it does today.

The season finale of HBO’s Game of Thrones just set a viewership record, with 19.3 million viewers. The series has also been a top trend for weeks (if not months) because of the buzz around this being the final season of the beloved show.

It almost makes you wonder if this was one of the reasons that Dark Phoenix shifted its release date a second time, so that it could come out in the wake of Game of Thrones– since they knew the film’s biggest selling point would be at the peak of her appeal.

When you realize all of this, it makes many of the decisions that brought us here seem much more understandable, doesn’t it?

How do you sell a “final chapter” that’s really just Step 2 in a newly-reintroduced character’s arc? You can’t.

How do you try to hook people by emphasizing the near 20 year legacy of the X-Men franchise, despite not having any of your notable stars from the first 11 years of the series involved? You can’t.

But what you can do is put your Game of Thrones actress (who played a heroine that actually stayed heroic!) front and center for everything, and telling us “It’s all about her.”

Suddenly the decision to give Turner the job because of her social media presence doesn’t seem so ludicrous anymore, does it?

Next post DOCTOR WHO: A Platoon Of Judoon Will Soon Appear In Season 12