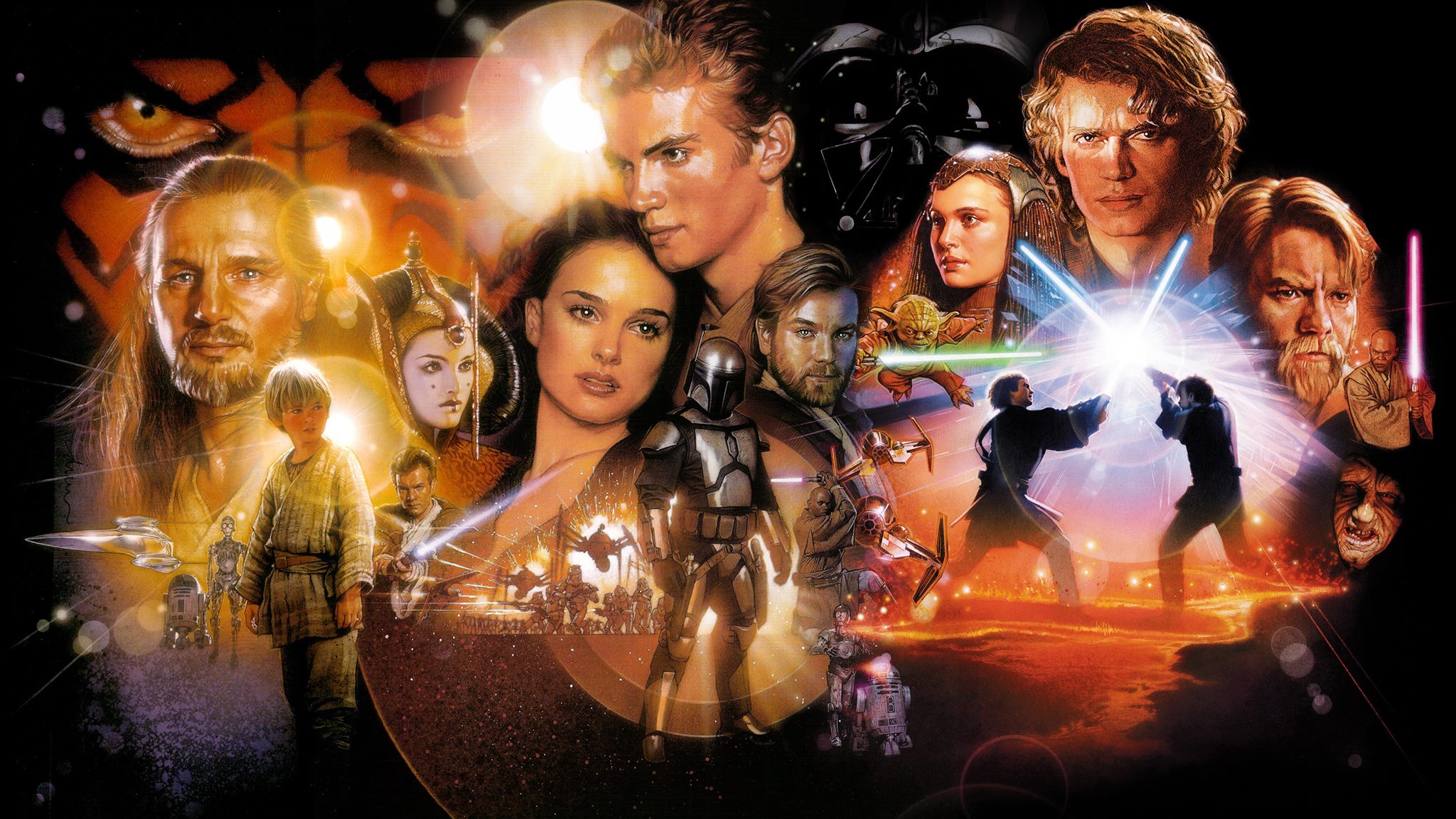 Revenge of the Sith celebrated its 14th birthday yesterday along with The Phantom Menace celebrating its 20th birthday, while Attack of the Clones celebrated its 17th birthday on May 16th. I’m 23 years old, so I was three when TPM came out, 6 when AOTC came out, and 19 when ROTS came out. The only one I vividly remember when it came out in theaters was ROTS, when I begged my parents to take me to the theater with them to see (what I thought) was the final Star Wars movie. I ended up reading the novelization before I got to see the movie, but eventually I did see it. AOTC, the first time I saw it I was genuinely confused why Anakin and Padmé kissed on their way to the arena. It might provide some better context, that I thought Anakin was Luke Skywalker and Padmé was Leia Organa.

I don’t remember the first time I saw TPM, but I do remember the childhood joy I felt seeing Jar Jar Binks on the screen. While the prequel trilogy is divisive, for being too political, or being too boring, I find it the funnest of the three trilogies. They’re not the best of the Star Wars movies, but they’ve got some of the best lightsaber action, and the all around fun moments. The podracing scene is one of my favorites, you can see the joy on Jake Lloyd’s face, and just how much fun he’s having. Jar Jar makes me cackle every time I watch those movies, and his klutziness is better than mine, I’ll leave it at that.

AOTC has some of the best lightsaber action in it, and it is my favorite prequel movie. I like the interactions between the characters, and even though some parts make me cringe, I can always cheer when Padmé picks the lock on her chains and makes things happen before the Jedi can even start to think about it. I also now “awww” at the wagon kissing scene instead of getting grossed out. It’s an utterly adorable start to the Padmé Anakin romance. The movie just feels like a Great War film.

ROTS, has some of the best choreographed fights, and is clearly the most monumental of the prequel films. I definitely took a different opinion to it at first, reading the novelization before watching the movie. That’s one of the issues with books, they have more room to expand upon matters, or hit that one scene you know you were missing during the movie. I still struggle with this film because of it. I always think Hayden really misses the mark, but in reality, the author (Matthew Stover) had a different idea of how the script was supposed to go. Plus there is the matter of scripts always changing.

Very few movies are perfect. The prequel movies are not. But they are an important part of a generation of Star Wars fans, and they were definitely a huge part of mine. A want for more information on how Luke would incorporate Jedi training into his new order drew me back into the universe, and had me picking up the Expanded Universe novels. This trilogy is just a fun set of movies, and a big part of the now ever growing Star Wars universe. If they’re not your cup of tea, then move on. Find a different part that is. Save what you love, and linger on the parts of the universe you enjoy.

There’s a niche for every fan in the Star Wars universe and, maybe, if more fans realized that they wouldn’t be so precious about their particular corner of the galaxy.