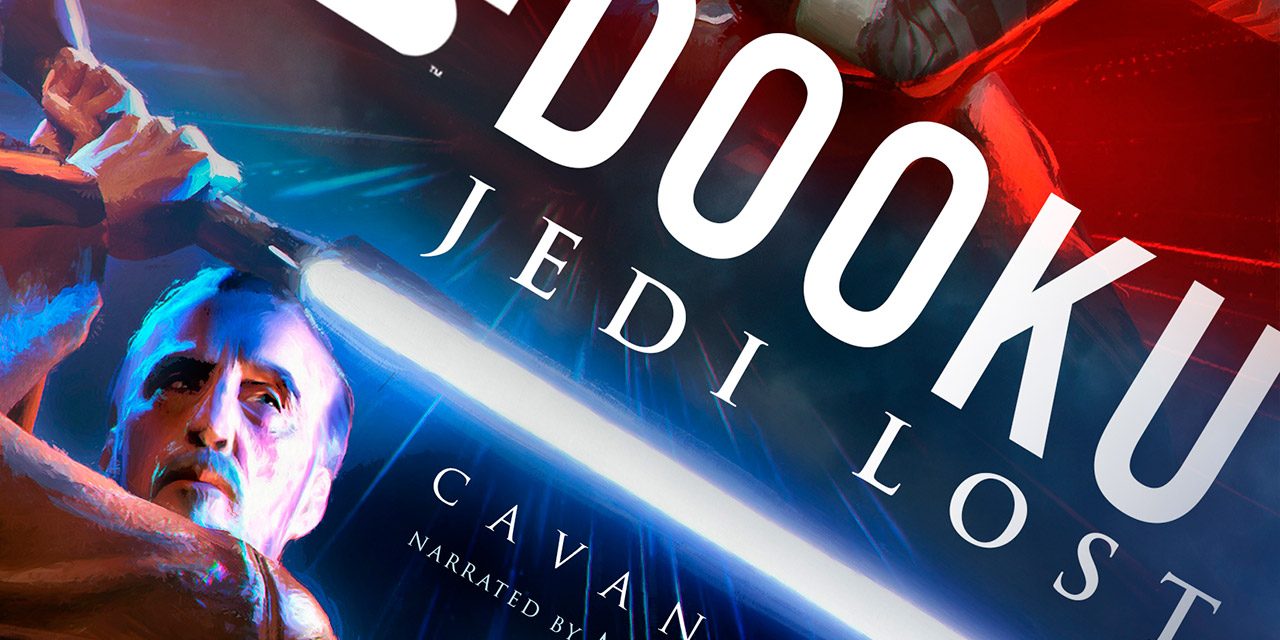 Dooku: Jedi Lost reveals the secrets of Darth Tyrannus, or before he was a member of the dark side, Count Dooku. Dooku traverses every corner of the Jedi Order in this book, as we see his development from Jedi initiate to Jedi master, to the time he leaves the order and begins to delve towards the dark side of the force. The story hops across different time periods, but the plot surprisingly manages to stay connected. The cast, while they don’t sound like their counterparts from television or films, is absolutely great, and the distinction between the many actors involved helps you stay on track with who’s who in this audio drama. The story is “narrated” by Asajj Ventress, as it follows her learning about Dooku and the start of their relationship.

The plot is interesting in that we really learn a lot about the Jedi Order as a whole during the short six hours of Dooku: Jedi Lost. We see how initiates grow up, how they learn about the force. We also learn how padawans are selected, and where certain relics are placed. The different tracks of the order, and how different masters train their padawans are things that are also explored. There are different parts of the Force’s mythology involved, ranging from the light side of the Force with the Jedi, to witchcraft like the Nightsisters of Dathomir, to the darkest side of the Force for the Sith, and everything in between. Artifacts are present, and there are even legendary Jedi with great tall tales. The story is a great exploration of Jedi and Sith lore alike.

Dooku: Jedi Lost also gives us a greater background to Count Dooku. We learn from the perspective of his new apprentice Asajj, so it’s a way to fully immerse yourself into the story. Asajj’s part of the story matters, but only to the point it shows the progression of Dooku’s character. She’s really there to serve as a narrator, and expand upon discoveries made during tales of Dooku’s exploits in the Jedi order. I’m not emotionally attached to Asajj really, but I wanted one last umph moment with her to really feel for her experiences.

I love the audio drama aspect, because I typically listen to most books in audiobook format so I can multitask, but the sound production, and the full cast is really one of the most fulfilling parts of the story. I will say it can be slightly confusing with the character speaking not being readily identified, but you will grow to recognize the voices as the story flows along. There’s sound effects and fading of voices involved, overall it’s really well done. I hope more of these are created.

If you’re looking for a prequel era story that’s got lightsabers this one is for you. Otherwise I would suggest Queen’s Shadow. It’s Dooku story is set before Master and Apprentice, but the Asajj story is set almost directly after Attack of the Clones. If you’re interested in checking Dooku: Jedi Lost out and don’t already have an Audible account, you can pick it up for free.

Are you interested in checking out this audio drama? Let me know in the comments below! Stay tuned for a spoiler discussion on Master and Apprentice, and Dooku: Jedi Lost.