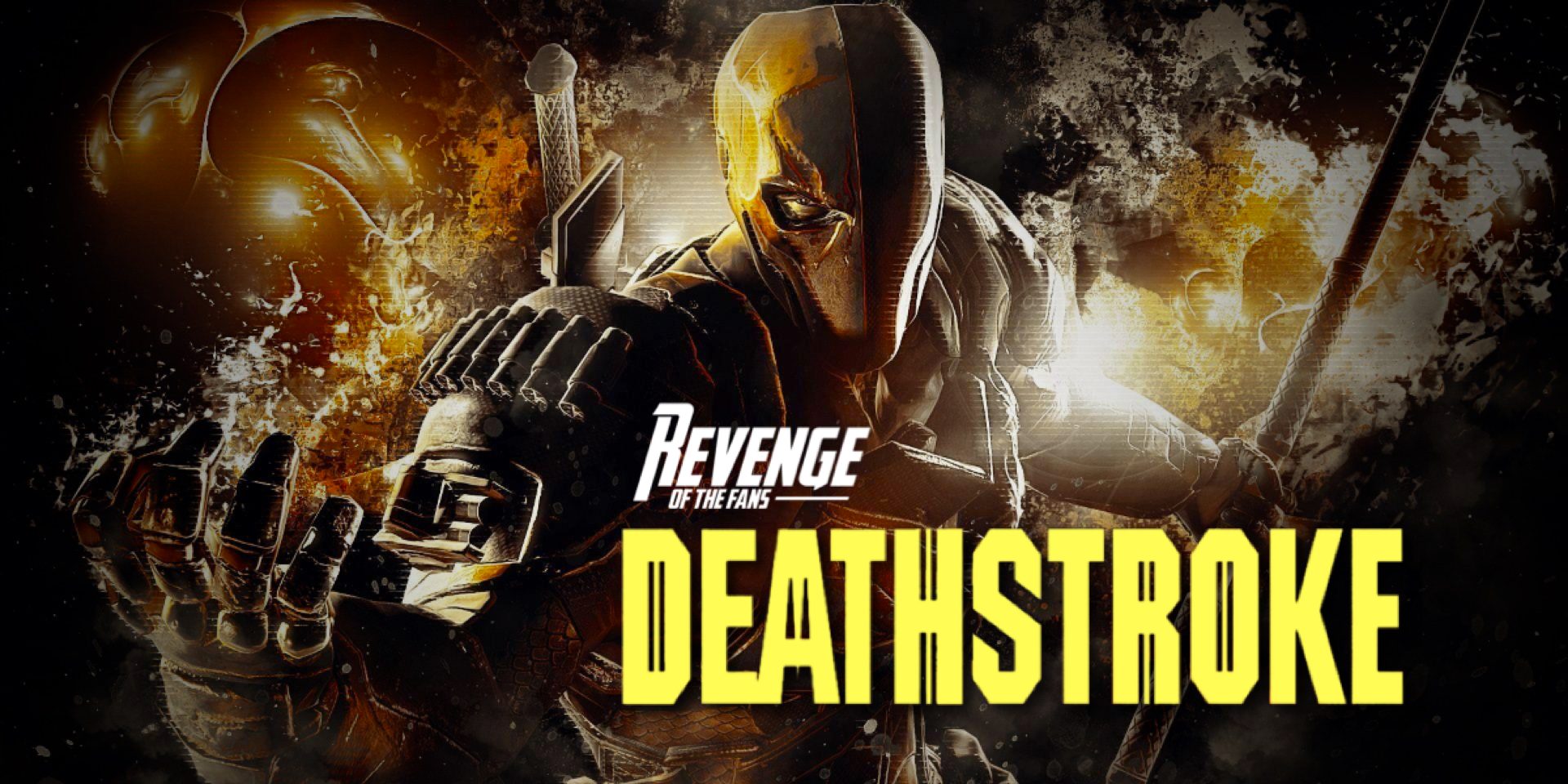 Deathstroke has been on the tips of lots of people’s tongues these last few years. Whether it’s Manu Bennett’s take on the character on The CW’s Arrow, Joe Manganiello’s tease at the end of Justice League, his constant presence in the world of the Teen Titans, or the recent news that Esai Morales will play a new live-action iteration of Slade Wilson in Season 2 of Titans, it would appear that people simply can’t get enough of Deathstroke The Terminator.

There were even recent murmurs that Idris Elba may replace Joe Manganiello as the Deathstroke of the Worlds of DC in James Gunn’s The Suicide Squad (you know…now that he’s not replacing Will Smith as Deadshot).

But while the confusing situation surrounding Slade’s live-action cinematic future seems to still be unfolding, I’ve got good news for those of you who’d like a different kind of Deathstroke movie:

The good people at Warner Bros. Animation, who have a sterling track record when it comes to their animated DC properties, are currently hard at work on an animated Deathstroke film.

It joins a currently unannounced slate of animated features they’ve lined up that includes:

(And please note, I know another entertainment blogger attempted to “debunk” that last one- which was someone else’s scoop. But I’ve seen enough evidence that contradicts the self-anointed Scoop Police. Heck, the studio is probably going to deny this movie is happening, too, until they’re ready to announce it on their terms.)

These kinds of films take a long time to put together and I don’t see them announcing any of them until San Diego Comic-Con. Could be longer. With a back-catalogue of “event” films like the ones listed above, they may space things out to spread the wealth. Only time will tell how rapid fire they plan to release them all.

So there’s a wait ahead of us, but it’s cool to know that Deathstroke is going to get some kind of movie in the next couple of years.

I know a few of the actors they’ve cast already, but I’m going to wait to publish that list until it fills out a little more.

And this last bit is just my own fanboy brain having a little fun, but with the recent push from fans for DC to make animated adaptations of cancelled live-action movies, wouldn’t it be cool if Joe Manganiello played Slade in this? And if the script took its cues from the stuff he’d wanted to do with Gareth Evans back when they were developing a Deathstroke movie? That project never went anywhere, but- perhaps similar to what some folks happens with the Snyder Cut of Justice League– maybe it could just evolve into an animated feature instead.

Hey, a guy can dream, right?

Regardless, we’re getting an animated Deathstroke movie, and when that eventually gets confirmed…remember where you heard it first.

If you enjoyed this story, and would like to support independent film reporting like this, please consider visiting our Patreon. Here at RTF, we work very hard to get you the coolest stories and best coverage of the things you love most. But it takes time, effort, and resources. Every little bit of support helps. Thanks!

Next post MORTAL KOMBAT Film To Be Shot In South Australia