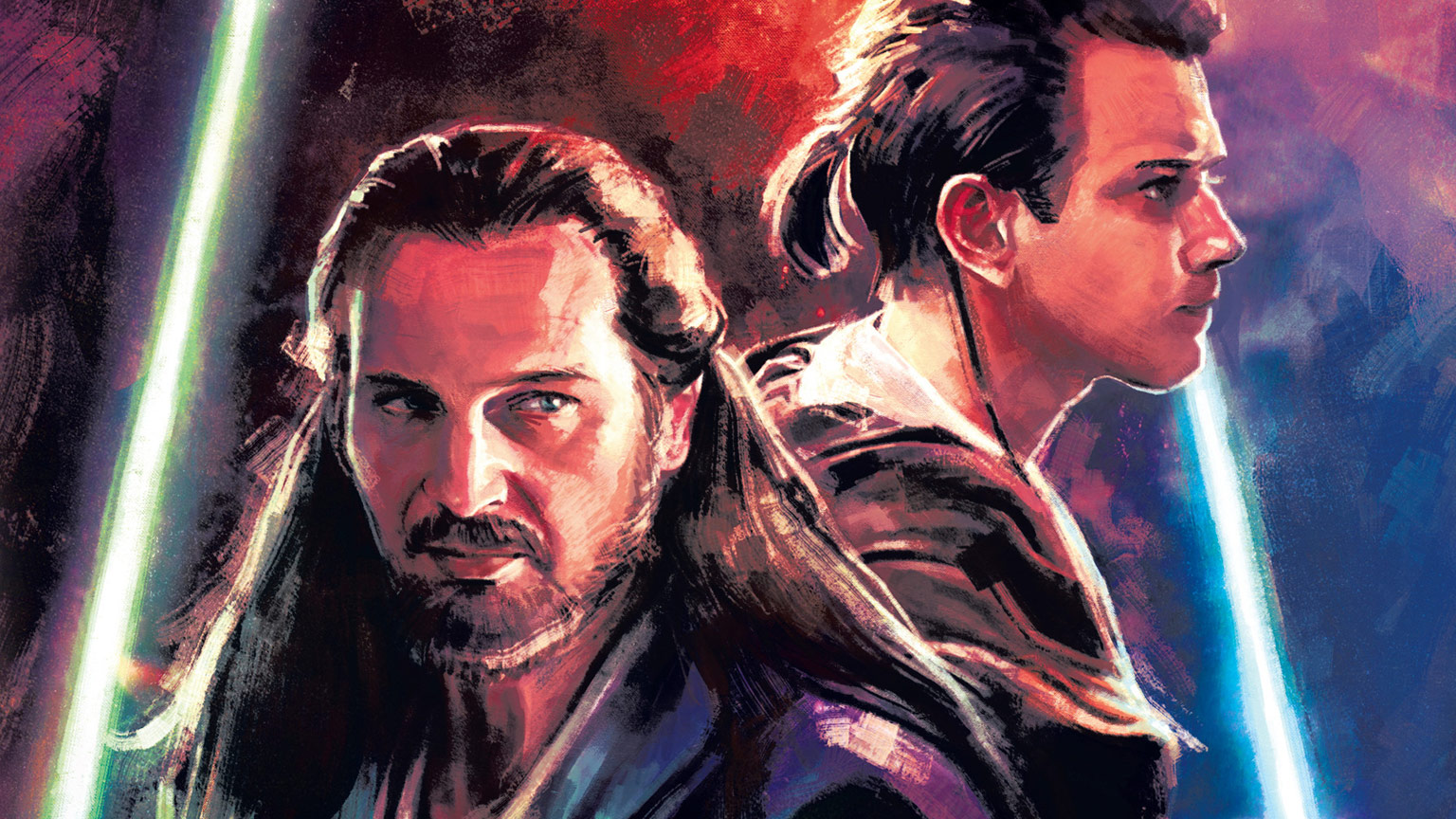 Master and Apprentice introduces us to the padawan and master pair we first met in The Phantom Menace (TPM). It is set eight years before TPM, and explores Qui-Gon Jinn and Obi-Wan Kenobi’s relationship as it hits its roughest patch, only for it to blossom after they grow to a true understanding of each other. The plot is slow, with the highlights being Qui-Gon and Obi-Wan’s team ups alone, and quickens after the climax of this prequel novel. This novel settles middle of the Star Wars canon books for me, and last of the pack in terms of author Claudia Gray’s set of Star Wars works.

I enjoyed the basic concept of the plot. It seems a typically Jedi mission, one that actually is very close to TPM mission Qui-Gon and Obi-Wan are sent on for Naboo. Instead this one is set on Pijal, a similar planet, with an absolute monarchy instead of a constitutional monarchy. It is intriguing to see the difference in how the two work together, as in this book they are struggling to find similarities in each other, but in TPM they are the perfect match. That’s as far as the character development goes though really. Which was what it was supposed to be, the exploration of Qui-Gon and Obi-Wan’s relationship. But with the introduction of characters like Rael Averross, Rahara and Pax it feels like they should be touched on and explored more. I was craving more information and more development with them.

The book’s biggest aspects are in the prophecies revealed, and the kohlen crystals introduced. We hear the full Chosen One prophecy, and some other intriguing ones that I’ll touch on later this week that could have some very interesting connections to The Rise of Skywalker. The downfalls are many: its stagnant characters, not enough focus in on the scenes related to character development. Too much politics, not enough detail in to why we should care about said politics. Averross is my favorite character introduced, and clearly he’s invested, but I don’t believe he couldn’t have obtained his investments any other place.

Master and Apprentice is missing a step forward in terms of telling a different story. It strikes a heavier balance towards the more familiar part of Star Wars, instead of exploring the new. There are minor flashbacks exploring Qui-Gon’s journey as a padawan, but they had a minor connection to the story at best. I would have rather had connections made from Qui-Gon and Obi-Wan’s start of their relationship, how they chose one another, or how they were assigned to each other. Something that explored the master and apprentice relationship, what the title literally tells us it will be on.

So I find myself in the minority this go round I believe. I found myself struggling at the beginning of the book, but it picked up towards the end. I ended up taking a break from reading this book and listened to Dooku: Jedi Lost. After I finished that audio drama, I restarted Master and Apprentice. I didn’t struggle as much after I listened to Dooku: Jedi Lost, so I would recommend listening to that audio drama first before starting this book. If I had to pick one or the other, I would highly recommend Dooku: Jedi Lost.

Stay tuned for more this week on the recent Star Wars releases. One more prequel era review for Dooku: Jedi Lost, and a look as to how these books relate to the upcoming end to the Skywalker Saga, Rise of Skywalker.

Previous post HONEY, I SHRUNK THE KIDS Is Reportedly Getting A Sequel Starring Josh Gad

Next post Here Is The First Trailer For Angelina Jolie’s MALEFICENT: MISTRESS OF EVIL