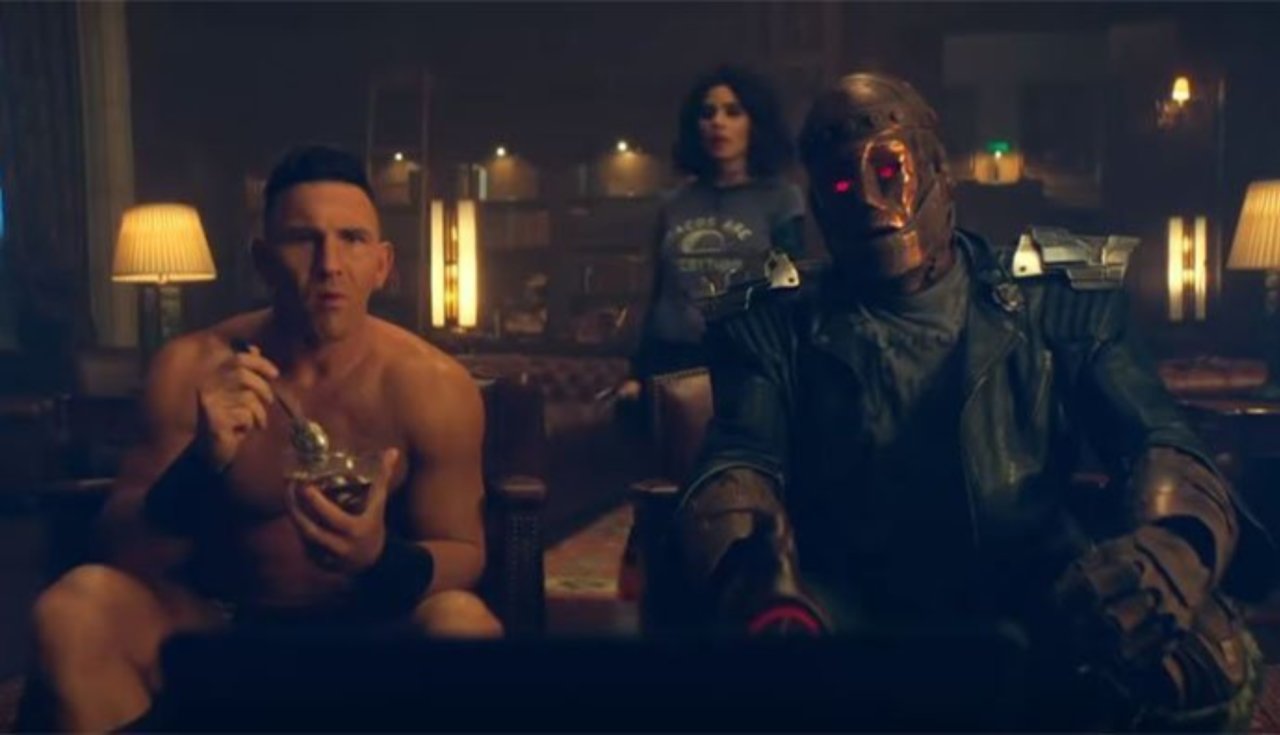 After escaping the Ant Farm with Flex Mentallo (Chandler Long), the Doom Patrol tries to restore his memory and abilities in order to find the Chief.  Meanwhile, Rita confronts her doubts with the help of a stranger and Larry realizes how tied he is to the Negative Spirit.

This is the review for the lucky thirteenth episode of Doom Patrol, Flex Patrol. If you’re interested in reading a review for the previous episode, Cyborg Patrol, click HERE.

This episode had some great laughs, and chivalry for days. I love Flex Mentallo, he’s a unique character in the fact that he’s funny, yet chivalrous, and his powers haven’t gone to his head. His powers are genuinely unique in that he’s strong, but he uses a flex to telekinetically move an object the way he wants it moved.

Vic (Joivan Wade) is dealing with the repercussions of his actions from the last episode. Rita’s (April Bowlby) there by his side, trying to get him back into the fight against Mr. Nobody (Alan Tudyk). It’s a tough call that Vic makes here, to stand by his father and leave the team. Despite that, you can tell he’s scared beyond belief. I’m not sure if he’ll return for the final two episodes in all honesty. Can the rest of the doom patrol join hands together and win against Mr. Nobody? I’m not sure. Let me know what you think, I’m curious.

Jane (Diane Guerrero) and Robotman (Riley Shanahan/Brendan Fraser) are awesome this episode. It’s great to see them working together again. Negative Man (Matt Bomer/Matthew Zuk) struggles in this episode, trying not to hold the negative spirit back after they are successfully split by the Ant Farm in the last episode. The negative spirit however takes it in stride, and helps the team get Flex’s memories back, only for the Ant Farm to pull a small Thanos.

I’m excited for the last two episodes, yet nervous all at the same time. I love Tudyk as Mr. Nobody, and I wish we’d seen more of him this season. It’s almost like the Bureau of Normalcy took over the “villain” role of the season.

Next post ENDGAME Writers Don’t Think You Should Trust Mysterio In SPIDER-MAN: FAR FROM HOME