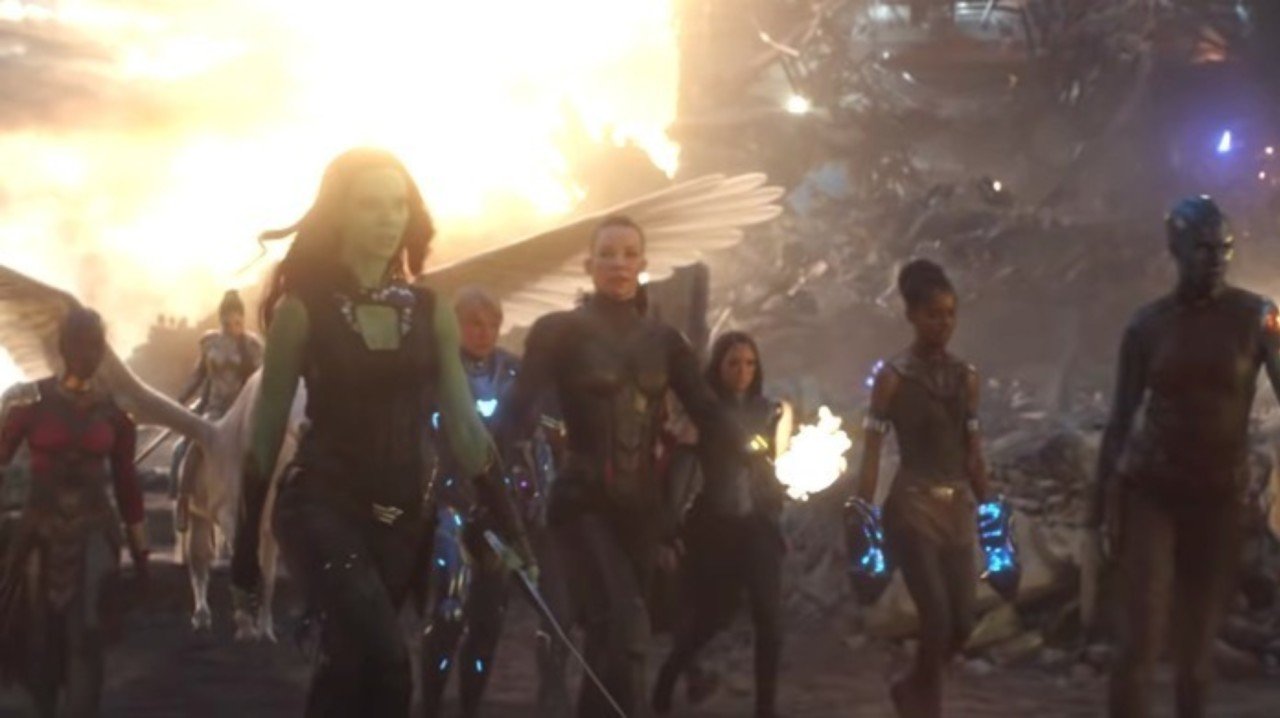 Now that Avengers: Endgame has been on a roll at the box office for the past three weekends, I think it’s time to finally weigh in some of the biggest scenes in what is now the second highest grossing film of all-time! The third act of Endgame was likely the finest example of fan service being utilized properly in a blockbuster to date, with the Avengers finally being reunited with just about every single heroic character that’s been introduced in the Marvel Cinematic Universe that was still alive for the big showdown against Thanos and his intergalactic armies. One particular moment that roused cheers in my theater was when Captain Marvel arrives to pick up the new Infinity Gauntlet from Spider-Man and just about every female superhero in the MCU shows up to assist her in getting the item across the battlefield.

In a new interview with Variety, Avengers: Endgame co-writers Christopher Markus and Stephen McFeely spoke about the A-Force tease. Here’s what they said:

Markus: “We’ve been on this for so long, it’s pretty hard to attribute any specific ideas to any one person at this point. We had such an embarrassment of riches in that whole sequence. How do you make it not just a blur of people all the time? So, we found ways to sort of separate off certain units so you could focus. And Marvel fans, increasingly, with every movie, [have] gotten these great female characters. Some people can call it pandering but it’s also like we have tons of shots of all men. Why not have a shot of all women and they’re so cool? It just seemed like ‘Let’s celebrate it!’”

McFeely: “I remember on the day we shot that, every woman on the crew and in the offices came down and were sort of milling about behind the cameras. That was, perhaps, the most moving part of it for me, how important it was for everybody to see it.“

When asked what the reactions were like to the shot, McFeely added:

“They were pumped. There was a lot of pumped circumstances around it. I agree with Chris. We certainly thought long and hard about whether it had been earned. We really wanted most of these moments to be earned and not just a delightful piece of fan candy. Honestly, it made me nervous and sometimes, we would bring it up: ‘Do we keep it? Do we not keep it?’ And pretty much we all said, even me, ‘God. I’d rather see it. I’d rather it be in there and make a big conversation and some people won’t think we earned it.’ Everyone wanted to leave it in the movie.“

What do you think of the scene? Would you want to see a future A-Force movie in the MCU? Be sure to comment below!

Next post RTF Reviews The Final Season of GAME OF THRONES: ‘Episode 5- The Bells’