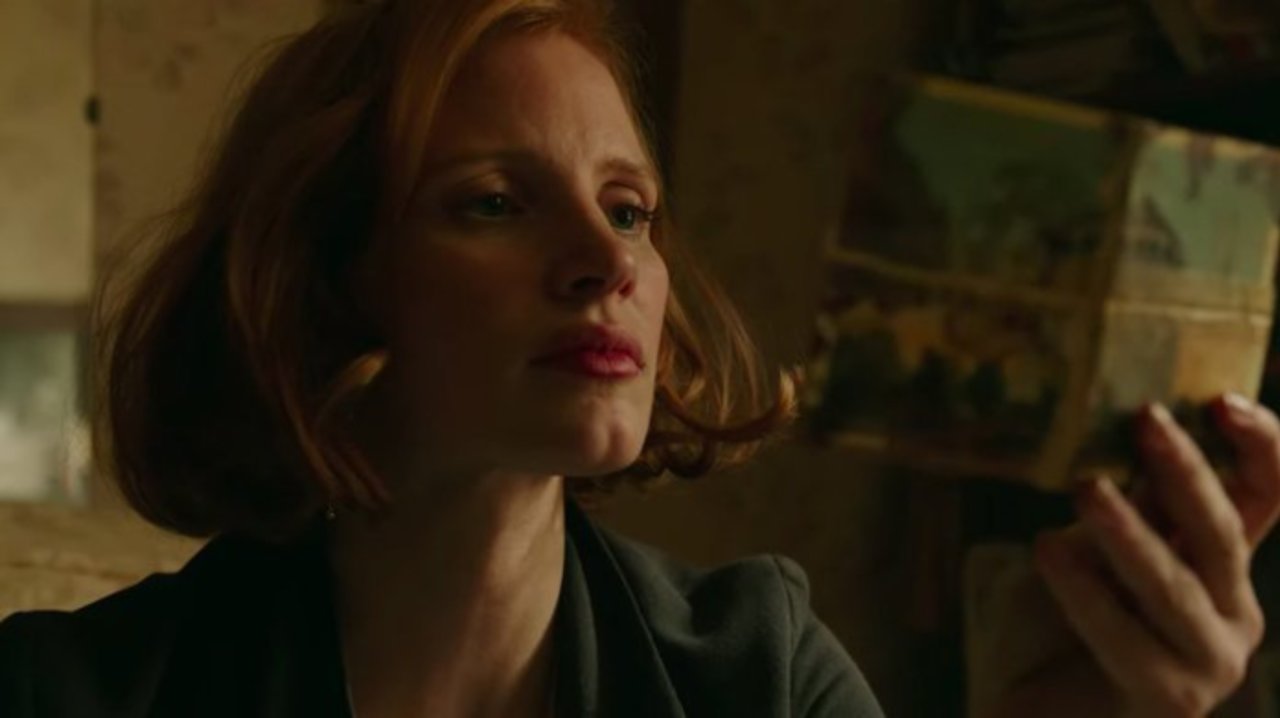 Hard to believe it’s only been two years since Andy Muschietti’s smash hit adaptation of Stephen King’s horror epic It hit theaters! It feels like it’s been about twenty-seven years instead… so needless to say that it is high time fans got their first trailer for Muschietti’s follow-up It: Chapter Two and return back to Derry, Maine for one last standoff against a certain murderous clown named Pennywise. Thankfully the folks at Warner Bros and New Line Cinema have finally released it for the masses- and boy is it a doozy, with a runtime of almost three minutes long!

Interestingly enough, the bulk of the trailer acts more as a truncated version of the famous scene from King’s novel where a grown up Beverly Marsh (played here by Jessica Chastain) returns to her childhood home, now populated by an old lady named Mrs. Kersh. The elderly woman offers to let Beverly come in and explore her old home, even finding the “January Embers” poem postcard that a young Ben Hanscom wrote for her in the first film. However it doesn’t take long for the audience to realize that things are not what they seem with Mrs. Kersh.

“No one who dies here ever really dies…” says the old lady. Her face freezes for a pregnant moment with a stare that’s uncomfortably caught between a pleasant, yet absent minded old lady and something far more feral. I’ll save the rest of the scene for you to watch on your choice.

The last minute or so acts as a quick sizzle reel, showing audiences quick looks at the other adult members of the Losers’ Club and the new horrors that Pennywise the Dancing Clown has waiting for them. Most exciting of which is a brief shot of a sea of Pennywise’s red balloons floating underneath a massive bridge where one of the darkest sequences from King’s novel takes place at.

What do you think of the trailer? Be sure to comment below!

Next post THE SUICIDE SQUAD: Michael Rooker Reportedly In Talks For King Shark