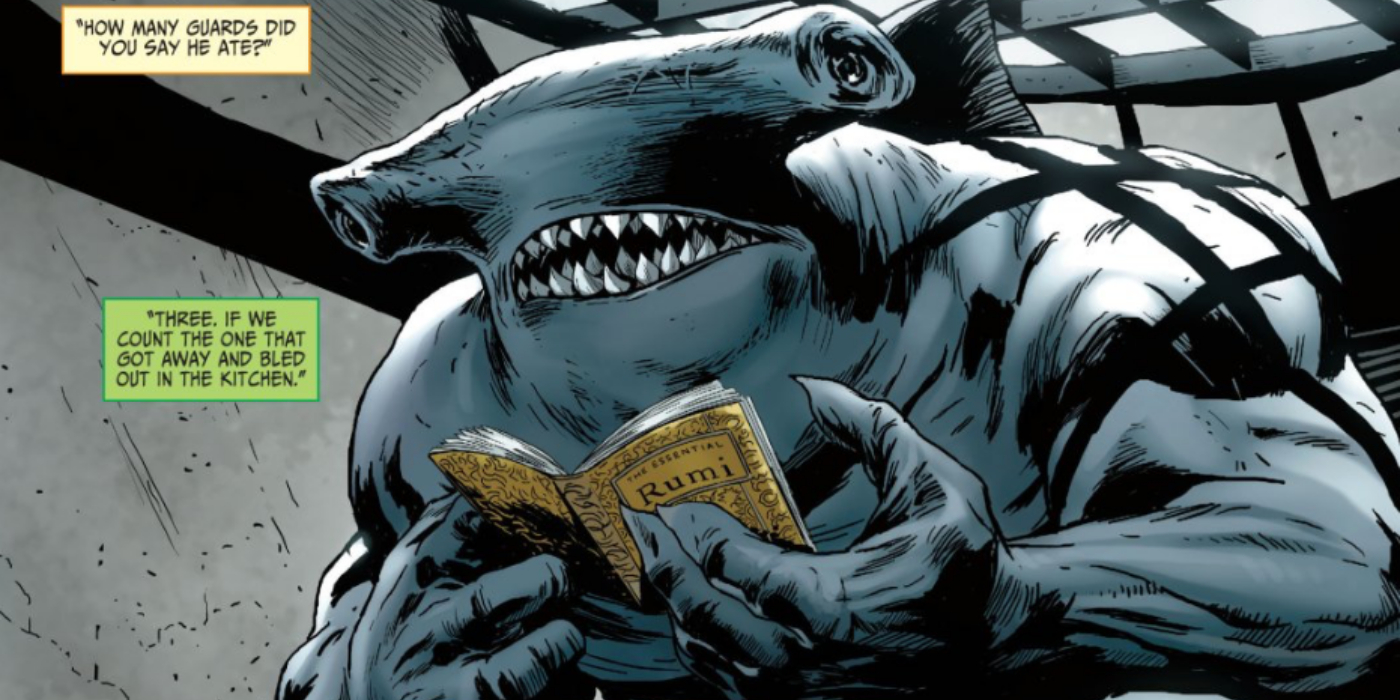 Great, now that we have that covered, The Wrap has reported that Michael Rooker is in talks to join The Suicide Squad as King Shark! This fills out the initial rumored list of characters to join the “reboot” of the DC film. The Suicide Squad is set to be directed by James Gunn, and produced by Peter Safran, and Charles Roven. Gunn is also writing the script.

So this means we potentially have:

And our own MFR says they’re still looking for who’ll play that “monstrous femme fatale” he reported on last month, but should be locking that down soon enough.

Rooker has worked with Gunn for a long time, and this move continues the tradition of him appearing in every feature film Gunn has directed. He appeared in the two Guardians of the Galaxy movies, as well as The Belko Experiment, Slither, Super, and the upcoming Gunn production Brightburn. He just wrapped production on Fantasy Island, and was recently seen inn True Detective season 3. Next up for him other than The Suicide Squad is Monster Problems, where he’ll portray Clyde, a seasoned hunter who will be training someone during the Monster Apocalypse.

King Shark was created in 1994 by Karl Kesel, a humanoid shark. He’s the son of Chondrakha, the god of all sharks. Originally he was introduced as a villain for Superboy, but since he’s been a member of the Secret Six, the Secret Society of Super-Villains and of course, the Suicide Squad.

We’ve got lots more coming on The Suicide Squad so stay tuned for more!

Previous post We All Float In The First New IT: CHAPTER TWO Trailer!!!

Next post SPIDER-MAN: FAR FROM HOME Executive Producer Talks Bringing In The Daily Bugle And Jameson