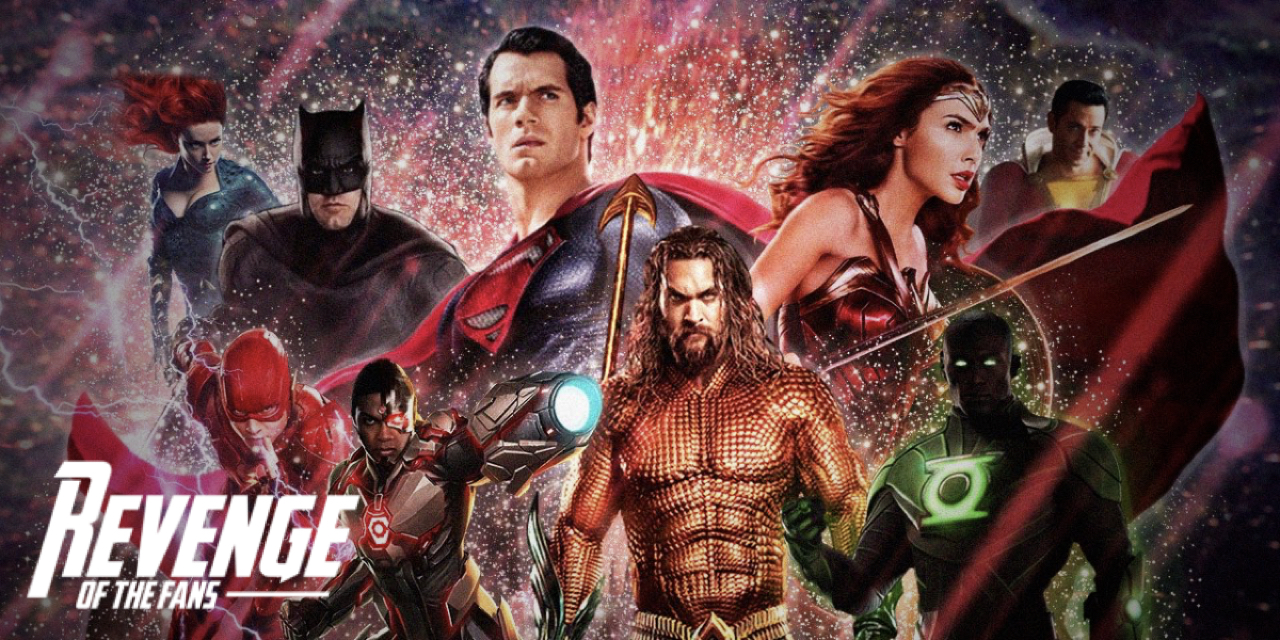 If you’re a fan of DC on film, you may feel a little like things are currently stuck in neutral. After all, the good folks over at Marvel Studios are running a major victory lap at the moment thanks to the success of Avengers: Endgame (a victory lap which may include the defection of one of DC’s megawatt stars), and we haven’t gotten any significant updates about the Worlds of DC in a while.

Indeed, I’ve personally been inundated with exasperated requests for “DC news” these last two weeks, as some of you seem desperate to get some shiny new speck of news about what Walter Hamada and DC Entertainment are cooking up for us.

I promised a few of you on twitter that I was going to offer up an update about the Worlds of DC this week, and now it’s time to do just that.

There’s good news, and there’s bad news, for those of you who are dying for new information.

Let’s start with the latter:

We’re unlikely to get any major DC news until San Diego Comic Con. The success of Endgame, and the way Marvel will likely dominate pop culture through the arrival of Spider-Man: Far From Home in July seems to have led to this thought process: “Anything we announce now could get lost in the shuffle. Let’s wait til the smoke clears then blow people away.“

So while we’ll hear about certain The Suicide Squad castings soon, or get some sort of crumb about The Batman, and perhaps get an update on films that are currently on the way (like Joker or Birds of Prey), I wouldn’t expect anything new about other far off projects for a bit. That includes films like Green Lantern Corps and New Gods.

And yet, I don’t consider any of that bad news, personally. To understand why, let’s talk about…

Everything is going more or less according to plan under DC’s new leadership. After years of behind-the-scenes tumult and questionable decision-making by the studio, the new regime that took over at the start of 2018 enacted a plan, and it’s already paying off.

In December, they released Aquaman– which went on to make $1.1 billion.

In April, they gave us Shazam!– which tripled its budget while earning raves from audiences and critics alike (even if I think it would’ve done better with stronger marketing support).

In November, they’ll drop Joker on us, and the teaser for that film already set expectations way high for the artsy, mature take on the iconic DC villain.

Then four months after that, we’ll get the long-awaited Wonder Woman 1984, which once again finds Gal Gadot playing the beloved Amazon and Patty Jenkins calling the shots behind the camera.

After those two 2020 releases, we already know that 2021 will feature at least two more A-list titles: Matt Reeves’ The Batman and James Gunn’s The Suicide Squad.

That’s two films per year for 2019-2021, all of which have incredible talent involved.

When you look at it that way, doesn’t that change the question some have been asking? Instead of “Are we getting any DC news soon?” I think the question should be, “How much more should we realistically expect right now?“

Fans can be awfully fickle when it comes to expectations. They don’t want Hamada and his team to repeat the mistakes of previous DC regimes, but they also get upset and impatient when the studio clearly demonstrates that they have learned from those errors.

We need to remember that the “DCEU” as we knew it a couple of years ago ran into a few major snags; Snags that forced the entire concept to be rethought.

One of the central things that led to that is the way the previous administration got way ahead of itself, announcing films several years in advance- movies that had no scripts or directors, but were merely a plan to exploit the DC intellectual property. In 2014 they revealed a “slate” that would carry them into 2020, and the plan was seemingly to reverse engineer the movies to meet those goals.

Upon revealing their plans, DC went ahead and put together a production timeline where Batman v Superman, Suicide Squad, Wonder Woman, Justice League, and Aquaman were all being made continuously- and practically concurrently- between 2015 and 2017.

Structuring the slate and the productions this way came back to bite them in the you-know-what when the film that was supposed to open the door to all of those plans, Batman v Superman, wasn’t received the way they’d hoped (in test screenings, and then again when audiences saw the re-edited theatrical cut in March of 2016). That created a domino effect where the studio scrambled to pivot the franchise away from that Zack Snyder film- which culminated in some major miscarriages of justice taking place during the production of, well, Justice League.

This is why when Walter Hamada took over DC two months after Justice League he decided it was time to fundamentally change the way DC had been doing things. That would mean a less interconnected universe (so that if one fails, it doesn’t sink all of them), a more filmmaker-friendly environment, and not announcing things too far in advance.

So, as of now, we know of five DC films that are definitely on the way, and anything else that’s still to come is unlikely to arrive in theaters until 2022.

Therefore, it might be in your best interest to go to your medicine cabinet, find that bottle of chill pills you’ve got hiding behind the cotton balls, take two, and call me in the morning.