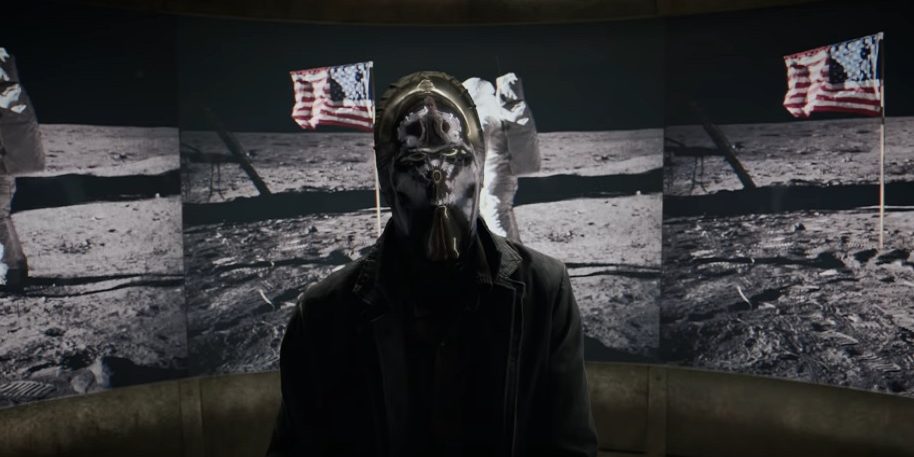 With only two episodes left before HBO’s hit fantasy series Game of Thrones ends, there is a lingering question to be answered: What will be the next television series to tap the cultural zeitgeist? What upcoming series might be the one to spark weekly talks at the water cooler when we’re all at work? Personally I suspect two factors will most likely play into this. First, the show that wins out will likely air new episodes weekly rather than be released all at once for binge watching, thus enabling the aforementioned chats at the cooler. Second, the show that succeeds Game of Thrones will likely be a different genre, much the same as Game of Thrones was from say Lost at the start of the decade.

So with all of that in mind, I have had my eye on Damon Lindelof’s upcoming Watchmen series on HBO for awhile now and the newly released teaser trailer has me quite excited! Watch the trailer below!

“We are no one. We are everyone… and we are invisible,” says a mysterious man wearing the familiar mask of Rorschach. We soon realize he’s not the only one, the trailer quickly revealing the man at the center of what appears to be a cult of Rorschach followers that bears more than a few resemblances to a certain klan. The crowd fervently chants “Tick tock, tick tock.”

The chant continues throughout the rest of the trailer, which teases a world of police officers all adorning bright yellow masks- save for one played by Regina King. Her mask is blackened and she wears a hood rather than a hat. The chant soon melds with the ringing of an alarm clock going off and apocalyptic imagery unfolds, depicting a war breaking out between the police and the Rorschach cult. All the while, Jeremy Irons’ older Adrian Veidt (aka Ozymandias from the original Alan Moore graphic novel) mediates inside his castle amidst the chaos.

Not much is given away here about the exact story at play, but this first proper teaser for Watchmen seems to promise a very exciting tone for the show and has quite a few Easter Eggs and returning thematic visual cues from the original comics that might provide clues to what the story entails. Personally I can’t wait to find out more!

Next post We All Float In The First New IT: CHAPTER TWO Trailer!!!