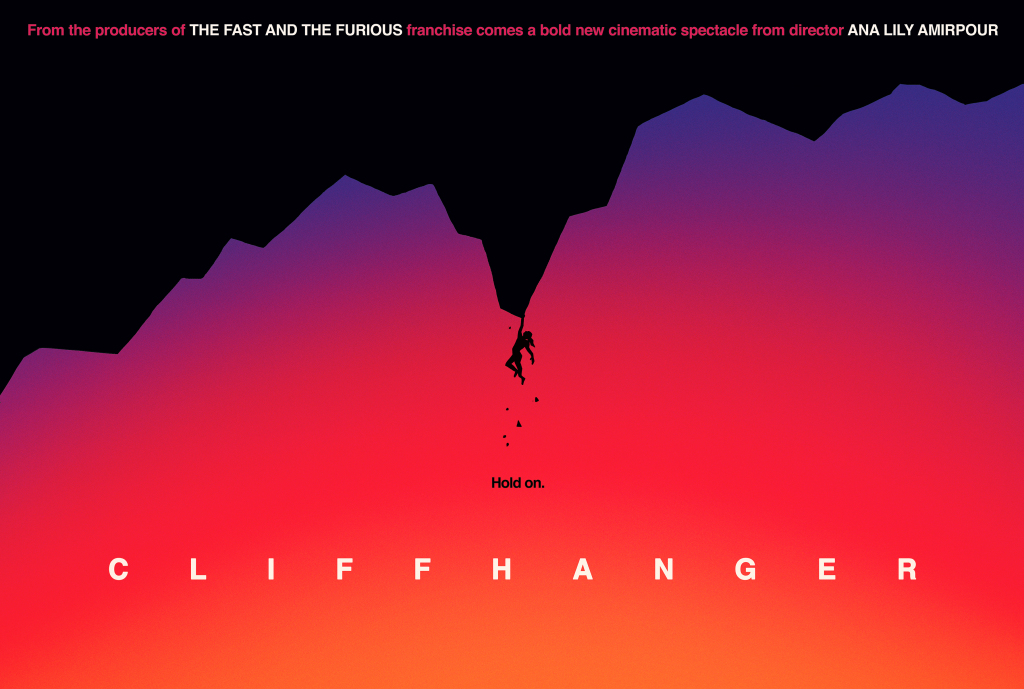 90s movies have their own distinct feel, and one movie that feels distinctly 90s is Renny Harlin’s Cliffhanger starring Sylvester Stallone. In this reboot heavy world, a new one is coming, and has some very interesting talent attached to it.

Deadline reports that A Girl Walks Home Alone At Night director Ana Lily Amirpour will helm the film that will see a female lead this time. Neal Moritz, who produces the Fast And Furious franchise, has been trying to get this made for a long time.

What is interesting is that Jason Momoa is attached to the project for a “key cameo”. Whether that is for a future spinoff or something like that remains to be seen. Momoa and Amirpour have worked together before in The Bad Batch. Sascha Penn, who wrote Creed II, will take a stab at the script.

Amirpour actually went hiking for 10 days in the French, Swiss and Italian Alps as preparation.

“I instantly knew the elements of the story I wanted to tell. There’s a special place in my heart for an action-survival movie. I’ve always been attracted to the theme of mountain climbers who, like filmmakers, have a certain madness to them. I love genre and fantasy and in this type of survival film you’re playing with real fear.”

As Deadline puts it, the original Cliffhanger had Stallone play “a haunted mountain rescuer who is pitted against a group of criminals who have lost their $100M stash during a plane crash in the Rocky Mountains.”  Stallone is not expected to be involved in this iteration.

The reboot will probably have a similar story, with a completely different feel. Having an interesting “outside the box” pick like Amirpour for this sort of project is very refreshing. Depending on who the lead is (I can see someone like Charlize Theron in the starring role), this might be the start of something pretty special.

I am very excited to see who they cast for the lead, and what Momoa’s involvement is. It is odd to cast the cameo first. Those things usually come along at the last minute. I guess it will be a cliffhanger until we find out more….