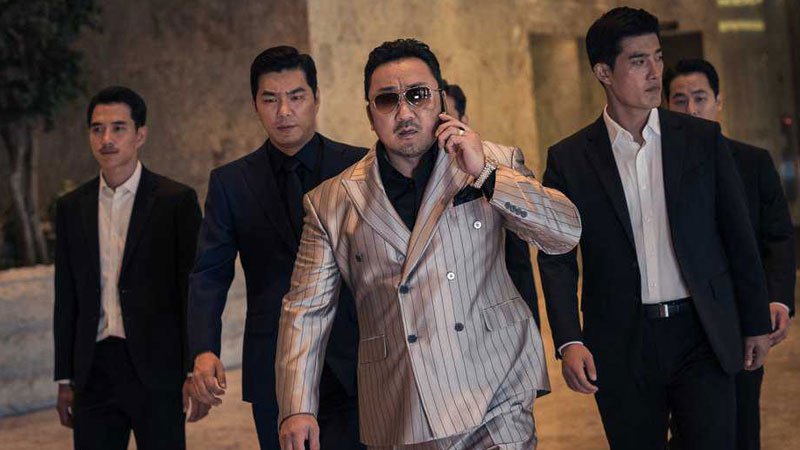 Now this is rather peculiar! B.A. Entertainment have announced that a Hollywood remake of their upcoming South Korean crime thriller The Gangster, The Cop, The Devil from director Lee Won-tae is already in the works from Balboa Productions (the studio launched by Sylvester Stallone), ahead of its theatrical release later this month in South Korea and its screening at this year’s Cannes Film Festival. Moreover the film’s original lead star Ma Dong-seok, also known as Don Lee, will reprise his role as the titular gangster and star in the Hollywood iteration of the film too!

According to the announcement, the remake will be jointly produced by Stallone, Lee, B.A. Entertainment CEO Jang Won-seok and Wind River executive producer and Balboa Productions co-founder Braden Aftergood. Currently there doesn’t appear to be any writer or director attached to the English iteration of The Gangster, The Cop, The Devil.

I have to admit that while I feel like this has to have happened before at some point in the past century, I can’t think of a previous remake that was announced before the original’s theatrical release and also had its original lead star reprise their role in the remake. It certainly seems as though Lee is on the cusp of breaking out for Western audiences, with this remake and his previously reported involvement with the upcoming Marvel Cinematic Universe film The Eternals both in the works.

Next post AVENGERS: ENDGAME Directors and Writers Discuss If Evans Will Return As Captain America