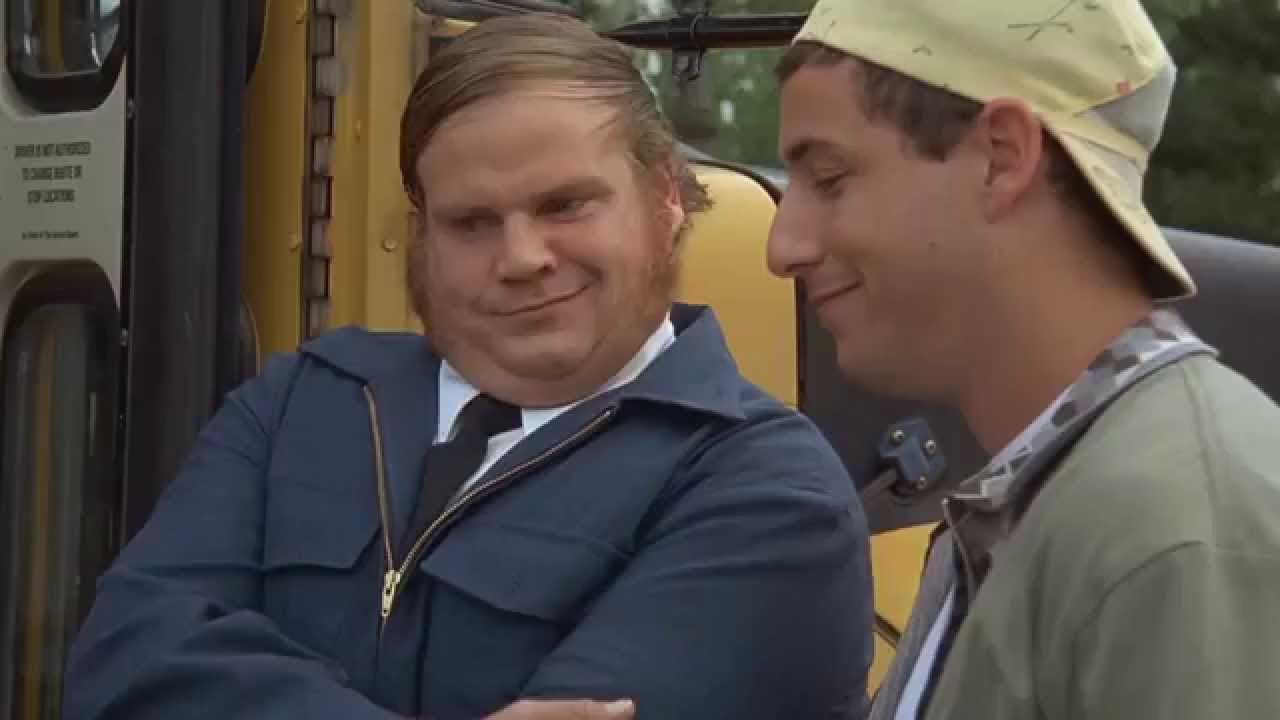 On Saturday, Adam Sandler returned to Saturday Night Live to host for the very first time. He had been fired in the mid 90s, and had returned a couple of times to do various skits, but never hosted until now. He brought back some of his signature bits like Opera Man, but also brought something that he had originally done in his latest Netflix comedy special called 100% Fresh: A tribute to his good friend Chris Farley.

The special itself is hit and miss, but his heartfelt and emotional tribute was so good that Netflix released the clip on YouTube on the 21st anniversary of Farley’s death (December 18th). It instantly became a viral sensation. You can watch it below.

Naturally, the perfect place to recreate that would be the place where their friendship was born, Saturday Night Live. Below you can see him do a slightly different version of the tribute.

Most of it is the same, but it is cleaned up for broadcast television. Sandler had to change some lyrics and blur some things out in order to perform it on NBC. The Netflix version is better, but the NBC version gets to the point quicker.

I’ve watched the Netflix version so many times, I have the song practically memorized. While I feel there is more emotion in the Netflix one, Sandler does get emotional in the SNL as well. SNL is the perfect medium for this. Farley and Sandler were both on the show together, and Farley is beloved by every comedian who has ever step foot on that stage.

Chris Farley is the first person I’ve ever seen that made my father laugh so hard that he couldn’t breathe. I didn’t think Dad was capable of that. The moment I saw that, I knew my goal in life was to make Dad laugh just as much as Farley did. He’s had a place in my heart for a long time, and Sandler’s tribute to him never fails to make me emotional. There is nobody better suited to do a tribute to him than Sandler.

If Farley has ever made you laugh, you’ll appreciate this tribute. If you’ve never experienced the whirlwind of manic energy that is Farley, perhaps Sandler’s tribute will make you curious to seek out some of his work. The two best things I can suggest are his Best Of SNL collection, and Tommy Boy. If you want a sense of what he was like any time he was with a crowd, check out his entrance on The Late Show With David Letterman

I could write 3,000 more words on Farley, and still wouldn’t have said everything I needed. He is one of the funniest, tortured, and most troubled comedians to ever grace our TV. The books I’ve read on him, and the documentaries I’ve seen, capture his tragic life pretty well. I wish he knew how much joy he has given me. Allow me to end this on a line from Sandler’s tribute, that is a universal truth:

“And when they ask me who’s the funniest guy I ever knew/I tell them hands down without a doubt, it’s YOU.”

He’s right. That line gets me every time.

Next post AVENGERS: ENDGAME And INFINITY WAR Writers Reveal The One Mandate Marvel Studios Gave Them