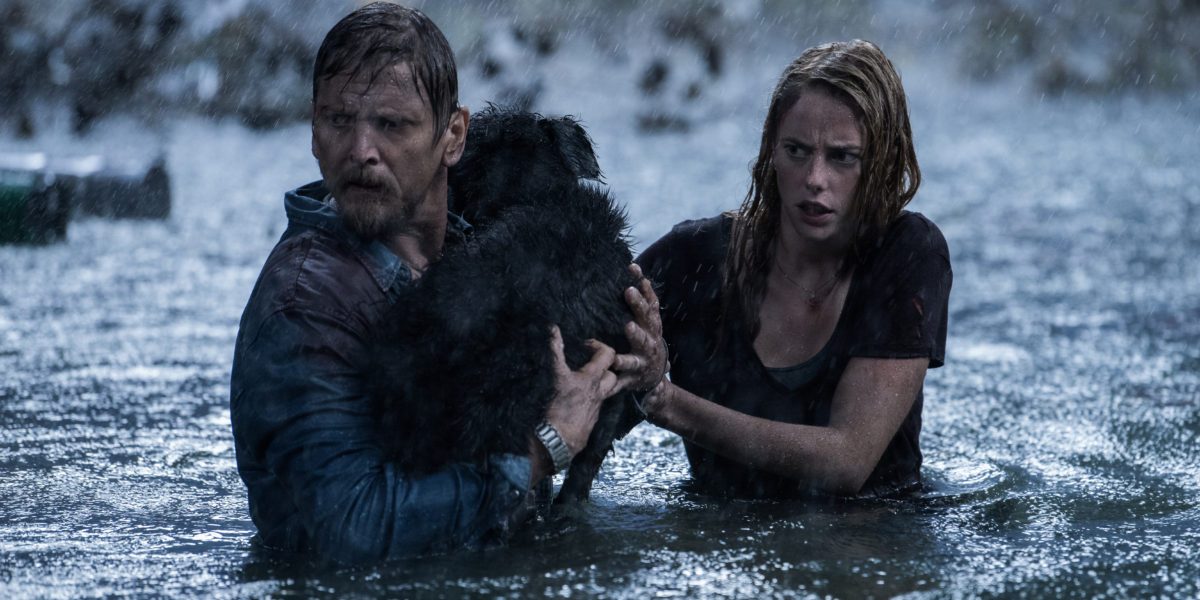 In recent years, I have wondered if it could probably be argued that a number of moviegoers might associate director Sam Raimi more nowadays with his mostly beloved Spider-Man trilogy that spanned across most of the 2000s than for his early horror-comedy trilogy of Evil Dead films. While the franchise was revived in recent years with a spinoff directed by Fede Alvarez of Don’t Breathe fame in 2013 and a three season long television series titled Ash vs. Evil Dead that ended last year, I find myself wondering if the ghost of his cheesy, optimistic superhero films linger over Raimi. Either way, Raimi is producing a new horror film titled Crawl that’s coming from Paramount Pictures this summer.

The setup is rather creative and could be a source of some very intense sequences: Kaya Scoderlario of The Maze Runner fame plays a young woman who ignores evacuation orders as a massive hurricane hits her Florida home to find her missing father (played by The Green Mile alum Barry Pepper). When she finds her father seriously injured, the two become trapped in the lower portions of their home as the house begins to flood and are now sharing the space with vicious crocodiles.

I have no idea if the film will be good or not. I’m not very familiar with director Alexandre Aja’s previous films aside from his 2008 film Mirrors, which I only vaguely remember. However the trailer looks fun and the setup is exciting, so hopefully he and Raimi have a winner in their hands!