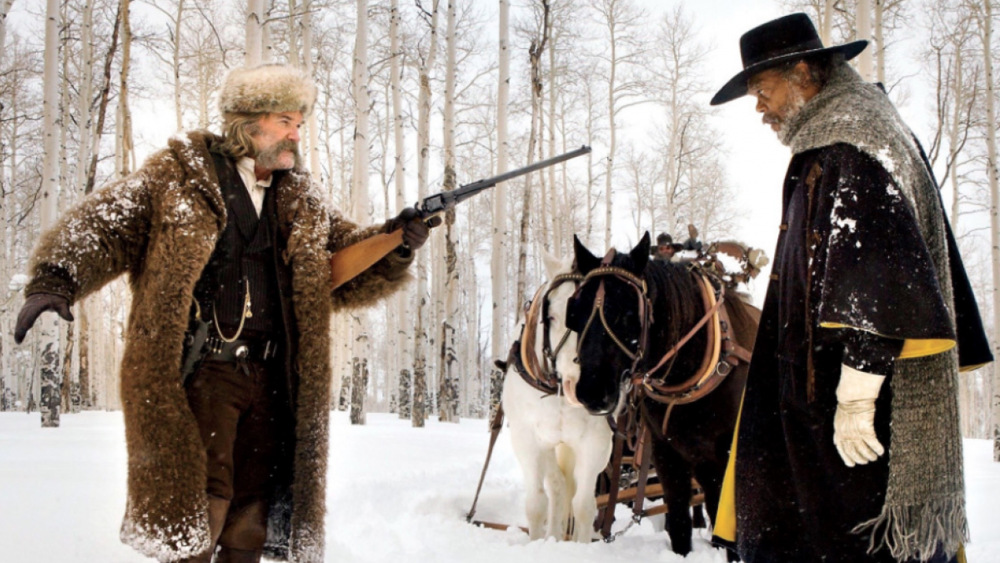 Last month, it was reported that an extended version of Quentin Tarantino‘s 2015 Western thriller The Hateful Eight would be made available for streaming on Netflix. At the time, fans of the Kill Bill and Pulp Fiction director assumed that this longer iteration of his most recent film was the Roadshow Cut that saw a limited theatrical run in late 2015 and never had a home release. As it turns out the newly released edition of The Hateful Eight is actually a four part long mini-series! Amazingly this rather important and exciting detail never really gained any traction until it arrived!

In a new interview with Slashfilm, Tarantino explained how the new edition came to be, stating:

“Well, we finished the whole run of the movie. And I had no reason at this time to put the Roadshow version out; because that was [its own thing]…it was about that 70 millimeter screening. So as far as [releasing] the whole prologue and the intermission, that didn’t seem to really make much sense, unless it was playing on TCM Roadshow week or something.

And I thought, wow, that’s really intriguing. I mean, the movie exists as a movie, but if I were to use all the footage we shot, and see if I could put it together in episode form, I was game to give that a shot.

So about a year after it’s released, maybe a little less, me and my editor, Fred Raskin, we got together and then we worked real hard. We edited the film down into 50 minute bits, and we very easily got four episodes out of it. We didn’t re-edit the whole thing from scratch, but we did a whole lot of re-editing, and it plays differently. Some sequences are more similar than others compared to the film, but it has a different feeling. It has a different feeling that I actually really like a lot. And there was [already] a literary aspect to the film anyway, so it definitely has this “chapters unfolding” quality.“

I haven’t had a chance to see the new edition of The Hateful Eight yet, but I am quite interested by the prospects that Tarantino discussed in this interview and see it for myself.

Previous post Dwayne Johnson Is Teasing A Meeting With Marvel Studios (And What Does That Mean?)