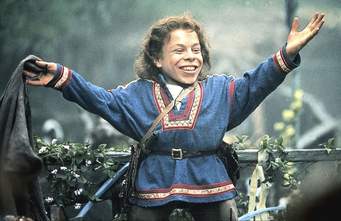 When Disney bought Lucasfilm, it wasn’t just Star Wars, it included everything the studio owned, including Indiana Jones and Willow. Ron Howard directed the original 1988 film starring Warwick Davis and Val Kilmer. When Howard returned to Lucasfilm to take over directing duties for the underappreciated Solo: A Star Wars Story, he mentioned that he’d consider doing a sequel. Davis even had some ideas he threw around with Solo writer Jon Kasdan.

In an interview with MTV’s Happy Sad Confused Podcast, Howard revealed that Solo writer Jon Kasdan was talking about wanting to do it during the making of that movie, and they are in talks to continue. You can hear the relevant bit in the embedded tweet.

“There are some really serious discussions going on with Jon Kasdan, who was one of the writers of Solo, who kept hounding me about Willow the whole time we were shooting and also hounding Kathy Kennedy.
We’re in discussions about developing a Willow’ television show for the Disney+. And I think it’d be a great way to go. In fact, George [Lucas] always talked about the possibility of a Willow series, and it’d be great and more intimate, and built around that character and some of the others. And Jon Kasdan has, I think, an inspired take on it and it could be really, really cool.”

Kasdan’s father Lawrence has been involved with Lucasfilm for a long time, having written the screenplay for The Empire Strikes Back, Return Of The Jedi and Raiders Of The Lost Ark. He even co-wrote The Force Awakens and Solo! So for Jon to contribute to Lucasfilm through Star Wars, Willow and possibly Indiana Jones (though there are rumors that he might be off the fifth movie now) is very appropriate for a studio who loves to tell stories about legacy.

Disney+ is going to take everything you loved as a kid and make more of it. I’m not here to preach about “original ideas” because Hollywood is just waiting for you to go make yours (so get to it!) But nostalgia is a powerful thing. In this age of reboots, remakes, and sequels, “Legacy-quels” are my favorite. Revisiting a world years later and catching up to old character while passing things on to the next generation just hits a cord with me.

I am already going to pay for Disney+ the moment I can, but if they keep doing stuff like this, I might pay for it twice.