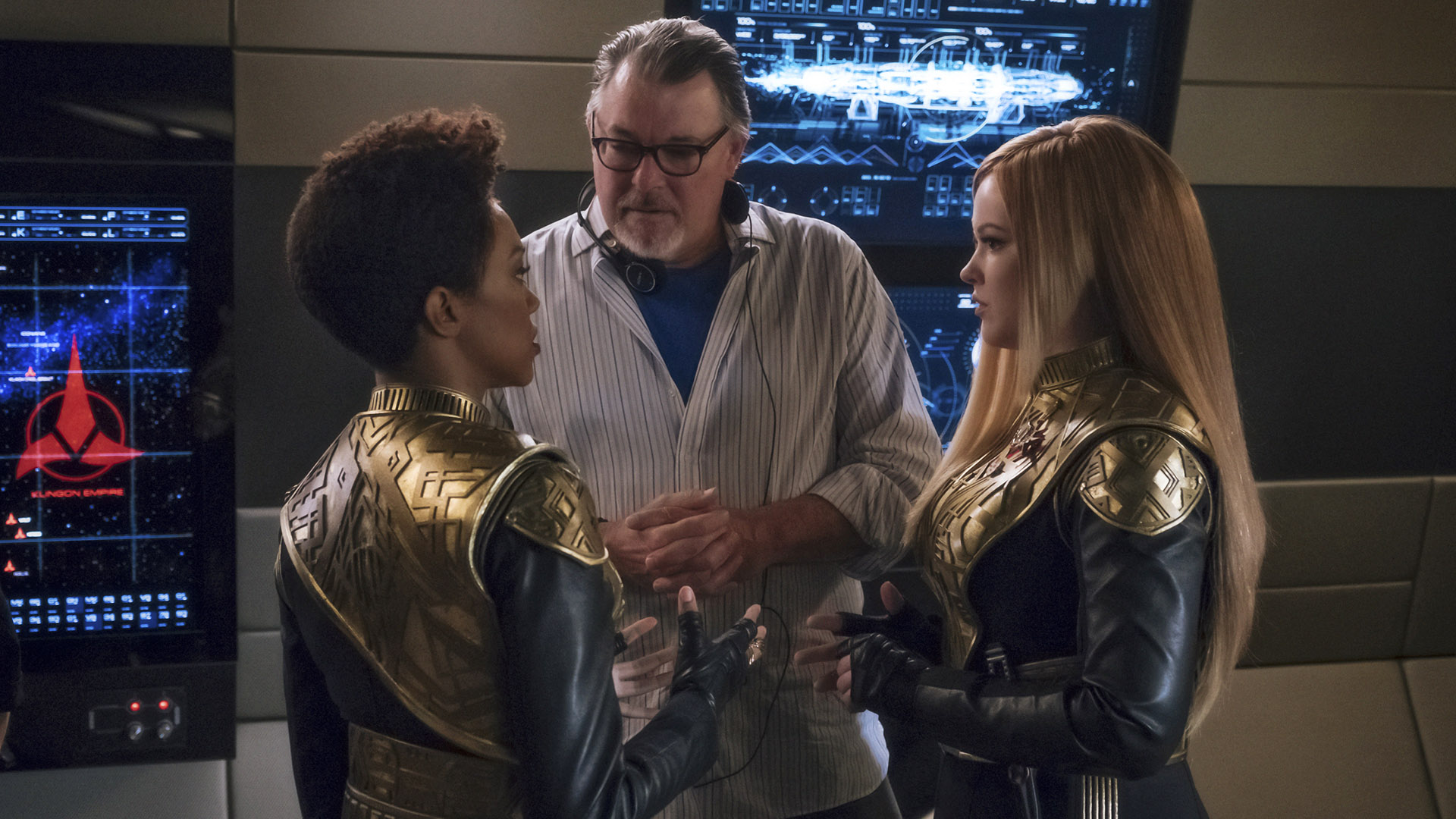 J.J. Abrams brought Star Trek back to the big screen in 2009, and the franchise thrived there for two more movies. A fourth seemed inevitable, until for one reason or another, things got delayed. Then new TV started being developed for CBS: All Access, and while the fourth movie doesn’t seem like it will happen now, the franchise is doing just fine on the small screen.

Jonathan Frakes, who is most famously known for playing Riker in The Next Generation talked to Trek Movie about which medium works best for Trek and if we’ll ever see Quentin Tarantino’s rumored Star Trek film. In addition to being a series regular on TNG, he directed a bunch of episodes of many Star Trek shows (including Discovery), and even a couple of movies.

He was asked if the Tarantino movie was still happening or not. He had this to say:

“It is hard to say.  I am a huge fan of not only Chris Pine, but Karl Urban as Bones, I thought he was magical in that franchise. I was among the members of the Next Generation cast that liked J.J.’s Star Trek, and have embraced his shooting style on Discovery. I am a big J.J. fan. I think he is a great storyteller… Selfishly I guess we are all a little old for a Next Gen movie. I was very, very excited about the possibility of working with Quentin Tarantino.”

Frakes also talks about the golden age of television we are in, and how the franchise is thriving on there right now.

“I’m also not sure that Star Trek isn’t better off – in this high-end television world we are in now – that great 50-year tradition of this show which are these cautionary morality plays. The episodic style has been so good for the franchise. I can’t believe we are at the end of the second season of Discovery as a fan. And I am sure some of this has to do with the fact that I have been movie jail – I did three successful movies and one massively unsuccessful movie and have been in movie jail ever since. I am very grateful to be working on television. I also think that television is the medium now for new ideas.”

As a casual Trek fan at best – I would love to see what Tarantino does with that property. I’m going to keep hope alive. It doesn’t even have to be with the current cast. I’d rather see him with a fresh cast. Can you imagine Samuel L. Jackson Captain of the USS MotherF*cker fighting Christoph Waltz? I’d buy a ticket for that right now.

But for now, the biggest thing on the horizon is the standalone Picard sequel series, which I’m sure will delight fans. I would be shocked if Frakes didn’t either direct or appear as Riker in some form for that series. We’ll just have to wait and see.

CONTINUE READING: “STAR TREK Going Where Nickelodeon Has Gone Before“